beyerdynamic Headphones Contest: and the winner is 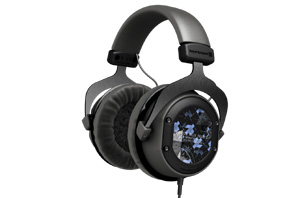 Headphones, microphones and headsets have been beyerdynamic’s profession for the past ninety years. “Technological advantage, constant innovation and the highest quality standards” are the axiom of the audio manufacturer from Heilbronn. The customers are always the main focus and also have a say in the design. That’s why the company had the first worldwide Crowdsourcing Design Contest for headphones, whereby 4,902 headphone designs were up for vote. More than 355,000 people voted, and we have a winner.

“Choose your Destiny” is written as a challenge on the earpieces of the pitch black Custom One Pro Headphone. In a blue-green cube like pattern, the designer also writes “Gibt nicht auf. Werde zum Meister – Don’t give up. Become a master”. The winner, Filip M. from Poland, is happy. “I never thought that I would get so much support from my fans.” About 5,000 votes went to Filip. His winnings are 1,000 Euros prize money, and his winning model is now available for sale as a Special Edition at beyerdynamic. 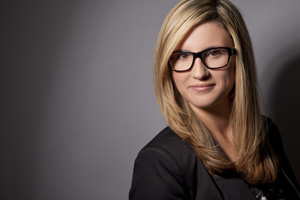 Those who want to see the winning headphones in person, can more than likely see them at Prolight + Sound 2014, revealed Violetta Schiller, Head of Marketing, Professional Audio at beyerdynamic. “Once again the Prolight was one of the trade fair highlights for our company,” Schiller said. “It is the leading national and international professional audio trade fair for our company.” That’s why beyerdynamic will once again have a booth at the 2014 Frankfurt Trade Fair for Lighting, Sound and Event Technology.

2014 is a jubilee year for the company in Heilbronn. It is beyerdynamic’s 90 year anniversary. “At the PLS 2014 the visitors can look forward to several exciting topics surrounding our company’s anniversary,” Schiller continues. “Naturally, we will also present innovative products next year.” She doesn’t want to reveal too much, since anticipation is the one of the nicest delights.