Gadget of the Week: Light Up Your Moves with LED Shoes

The big show: for the stars, and their backing dancers, creating a real spectacle and getting the crowd going is everything. But they’re not the only ones who want to make a big impression: sometimes, ‘civilians’ like you and me want to catch the eye when we go to festivals or to the club. For fans of trainers, Orphe ‘smartshoes’ have been providing the perfect visual accompaniment for Japanese partygoers, and makers No new folk studio now intend to win over European and American consumers. 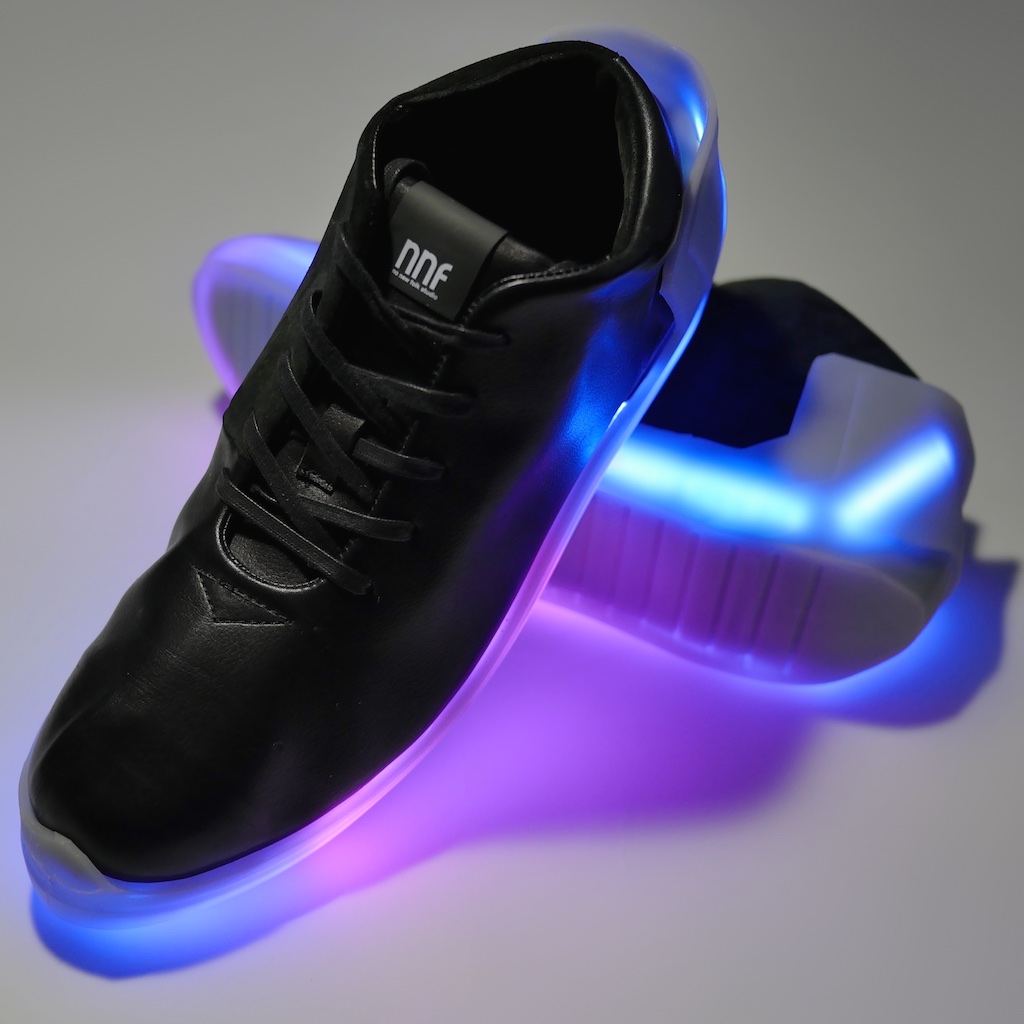 What do these shoes do exactly? They contain a series of motion sensors and LEDs which can be controlled via a smartphone app. The LEDs in the soles of the shoes are clearly visible even in daylight. Simply select the right look via the Bluetooth link and enjoy being the centre of attention.

On its own, motion doesn’t necessarily equal emotion, though. Simple repetitive on-off ‘blinkenlichten’ wouldn’t be much fun. That’s why the Orphe shoes contain integrated motion sensors and accelerometers which transmit the wearer’s activities to the LEDs and transform them into a visual experience. Specific colours, patterns and colour transitions can be selected depending on your walking style. For example, you can set them to light up green while you’re out casually window shopping, or red when you hit the dance floor in the club.

Naturally, the data from the sensors can be saved to computer or smartphone and shared with the Orphe community. The shoes are available in black or white for $299 (around €250) as a pre-order from indiegogo.com. Battery life depends heavily on usage – as a rule, they need to be charged once a week.

These smartshoes certainly are real head-turners. It just remains to be seen how well they’ll be able to stand up to real-world use.