“Whether you're really right, you see when the GLP is on.” The LED technology from German Light Products is not only used at events like the Nature One or the legendary Glastonbury Festival. The German companys high-quality light technology was also implemented in the anniversary broadcast of the german children’s quiz show “1, 2, oder 3.”

The German broadcaster ZDF celebrated its 40th anniversary and the 1,000th episode of “1, 2 or 3” by pulling out all the stops: moderators Steven Gätjen and Elton welcomed prominent guests such as the singer Mark Foster and Helene Fischer, presenter Günther Jauch, comedian Bülent Caylan and the actor Stephanie Stumph. The public television broadcaster contracted the designers mo2 design from Manfred “Ollie” Olma for stage and lighting design in order for guests and the show to be perfectly staged. The light designers utilized the flexibility of moving lights’ impression X4 atom by German Light Products to cast the stage in the right light. More than 100 of the LED spot were put to use, in addition to 92 of the GT-1 hybrids as well as 60 impression X4.

The atoms we arranged in a row of two next to and under the large video screen. This is, together with the playing area in front, a central part of the show and is emphasized by the atoms now even more. This idea emerged because we had used the compact atom only as an effect light before - however the rich output, the 30 Watt LED engine and the zoom make these lamps a real all-rounder.
Manfred „Ollie“ Olma, Designbüro mo2 design 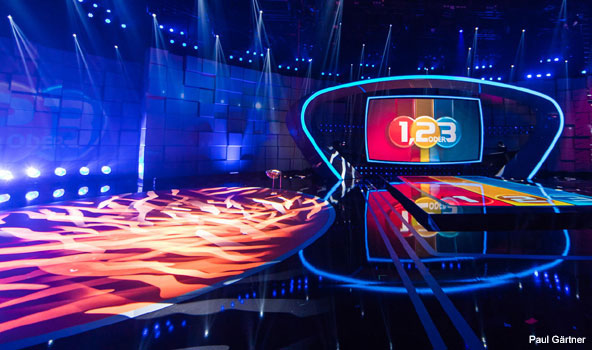 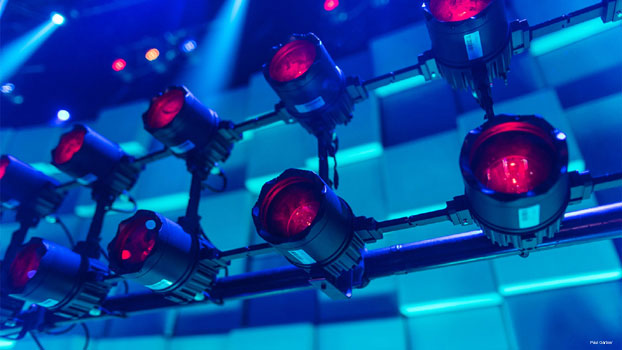 Above all, the unproblematic connection of the spots were optimal for the show, which was broadcast live at 8:15 p.m. Correspondingly, Matthias Allhof, responsible for planning at mo2 design, explained that the connectors also facilitated “a large number to be connected quickly, without problem, and above all optimally harmoniously.” This is what makes the little lamps very flexible.

The light designer used GLP's GT-1 hybrids mainly in the showacts and as effects. So the hybrids set the accents in lighting design and the show. The impressions X4 were mainly used as a public light, in order to dive the guests into a wide color palette.

Festivals and Tours in the Right Light with German Light Products 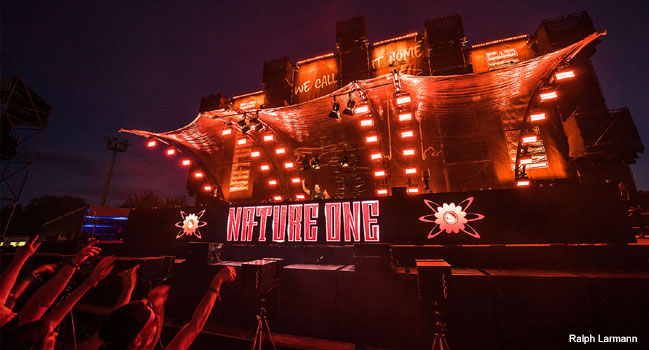 However, the LED technology from German Light Products was not only put to use in television in past weeks. The German rock legend Udo Lindenberg used them during his just finished tour with his new album “Stärker als die Zeit,” they were also used at the cult Glastonbury Festival as well as the techno rave Nature One. There the lighting designer frequently used impression X4 bars, GT-1 hybrids, impression X4 Ls as well as the new innovations JDC1 Strobes, featured at Prolight + Sound.

I was at Prolight + Sound when these Strobehybriden caught my attention and I was immediately flashed. Although I had no concrete idea where and how I would use such a lamp - but I immediately liked the unusual mix of strobe and washlight and I was clear that I could implement completely new effects and images. The idea, which was also literal sparkling, emerged with the broof of the stage supplied by Stageco. Compared to the dice above the dancefloor, this roof was downright tiny, there was no room for moving lights, and yet I needed a lot of light at this point to set the DJs in the scene. The JDC1 were the perfect choice. Bright and flexible, and compared to classic floodlights, I could also use the 180-degree tilt to ensure movement and bring the light exactly where it was needed. In combination with the incredibly bright flash one of those effects that did not exist before. The output cuts you away, it almost hurts your eyes.
Lighting designer Thomas Gerdon