This summer the Canadian media arts company Graphis Emotions and the Italian company Electa Editore brought the legendary Colosseum in Rome to life with an immersive multimedia production. “Sangue e Arena: the Show” ran from May to October 2018 and will take place annually at the Colosseum in the future.

Multimediale show takes visitors back to the time of Emperor Titus 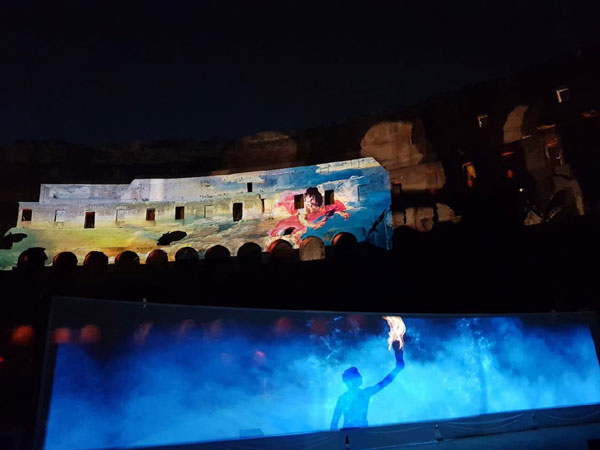 The first show from the Colosseum’s archeological park is based on the 100 days that Emperor Titus organized to commemorate the new Colosseum in 80 CE. “Sangue e Arena” (Blood and the Arena) was shown three time each night in English and Italian on the floor of the amphitheater arena – right where the gladiators fought.

“Sangue e Arena: the Show” offers a totally immersive experience with lights and spectacular holographic video effects in the heart of the ancient monument, taking visitors back to ancient Roman times for 30 minutes. Breathtaking action, including gladiators, ship battles, wild animals, and mythical figures brought the Colosseum, and icon of world heritage, back to life. The multimedia images, virtual reconstructions and holograms, were projected onto a screen 17 meters long. Lights, sound and music combined to evoke a spectacular impression of the times. By the end of the season, more than one million people had come to see the show.

The lighting designer and founder of Lumin-Art Productions, Simon Gauthier, had to overcome two problems for the show’s lighting design. “First, it’s such a big monument and wonder of the world. How can you create a show in such a place without using thousands of projectors? However, by illuminating part of the architecture and using lights in the room, I was able to show details and create animated shadows simultaneously synchronized with the video and sound.”

To accomplish this, Gauthier used MA Lighting’s dot2, which were used to control a number of things, including a large number of outdoor LEDs that illuminated the upper tiers of the Colosseum as well as the hall floor. Gauthier also used a full range of strobe lights and moving lights hanging above the lower level and the hall floor.

“MA systems and I speak the same language and they are solid products that we can really rely on,” the lighting designer said. First and foremost, the ability to save set shows was of particular importance. “Timecode was an important thing for us because the show had to run three times a night on its own. In addition, the effects engine is amazing, modular, and easy to use.” 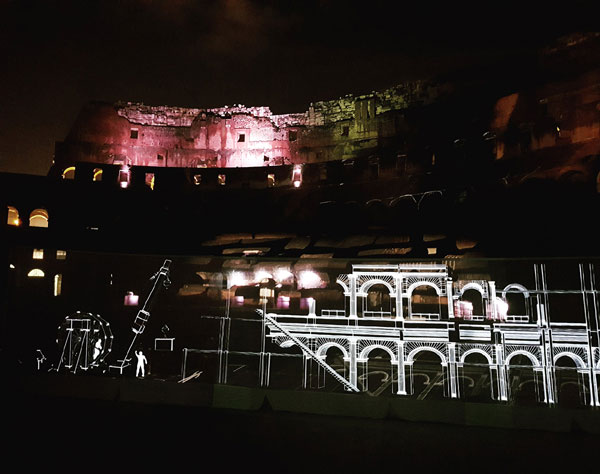 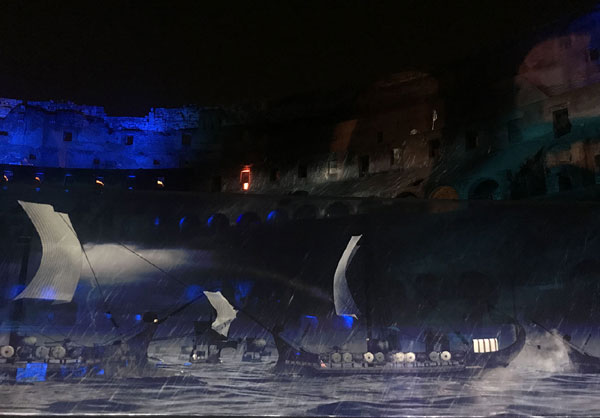 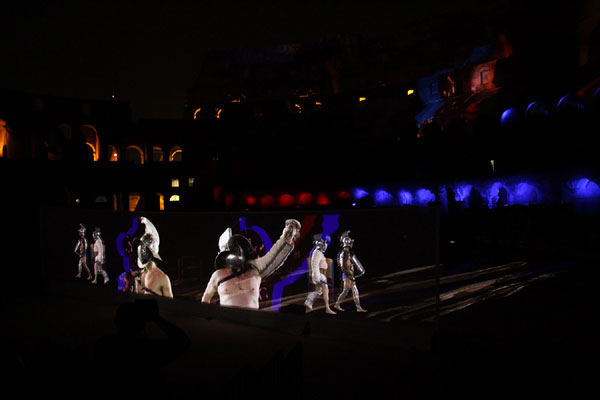