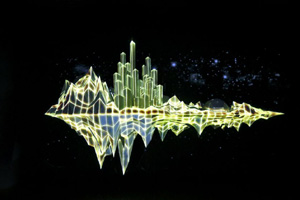 Christmas is just around the corner, mulled wine, cookies and candlelight. On New York’s famous Madison Avenue the yearly Christmas window decorating contest has begun. No longer are the displays using only traditional props; now elaborate technology with the highest standards are utilized. The Canadian projector and display manufacturer, Christie, has created something extra special this year.

At Prolight + Sound 2013 Christie presented, to a trade professionals, their newest products, including the Christie Nitro Series, a motor operated moving head projector and 3D projection mapping with five Roadster HD20K-J. In New York the products were presented on Christmas 2012 and are again, this year, showing the public what they are capable of.

“A New York Holiday”, the name of the shopping event, celebrated its premiere on November 20, 2013 at the luxury department store, Barneys. It was created with music icon Shawn “Jay Z” Carter and the artist Joanie Lemercier and utilizes a wide variety of Christie’s display technology, including the projectors Christie® MicroTiles® and  Christie HD- flat screens. 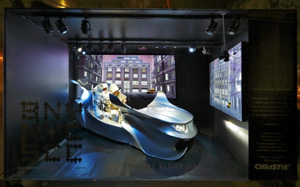 Highlights include a “floating city”, which is projected onto a five meter high “cliff”, as well as a BNY SCC gallery, which uses projection mapping, exclusive contents, lighting and movement create a 360 degree projection which lets the customers dive into the New York universe. In the famous “BNY NYC Sleigh Ride”, true-to-life images make the occupants feel as if they are flying over the Big Apple.

“Some of the most demanding technology customers live in New York”, says Sean James of Christie. “We are excited to once again be a part of the visual Christmas campaign.”