It is one of the world‘s most unusual stages: the floating lake stage in the Austrian city of Bregenz. The event location lies directly on the shore of Lake Constance, and the stage itself floats on the water. The Bregenz Festival has been rising to the challenge of the extraordinary location since 1946 and realizes impressive productions here in a two-year rhythm. During the current season, the theater’s master electrician Markus Holdermann uses SGM products, which are especially suited because of their weather resistance.

“Water” – a Challenge for Designers and Technology 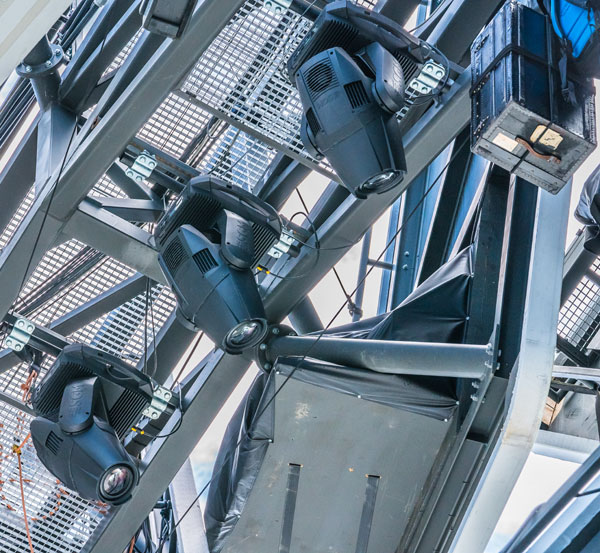 A lake stage located directly on the water produces special challenges for stage and technicians. As is generally the case, the sensitive technical equipment and products in open air situations have to be protected against all kinds of weather situations. At the same time, they should disappear from the stage as much as possible. The unusual location is significant for the lake stage in Bregenz in another way: flooding in the lake can also lead to problems.

With such challenges, stage and light designers rely on products that are characterized by their heightened weather resistance and literally do not “leave them in out the rain.” Markus Holdermann, who is responsible for the realization of the light designer’s concept, uses lights from SGM in the current production of “Carmen.”

The products are ideal for use on the lake stage. Their weather resistance and their highly developed technology make it the first choice for realizing a lighting concept.
Markus Holdermann, Master Electrician

An efficient use of space and water resistant 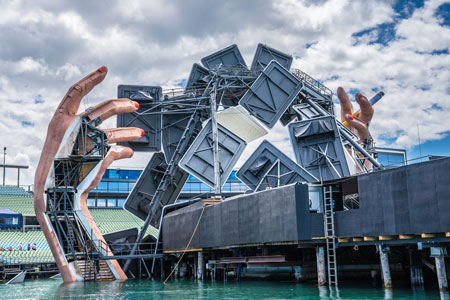 Huge construction: The Bregenz lake stage from the back

The G-Profile Moving Lights from SGM are especially ideal for the “Carmen” production because they can be optimally placed thanks to their weather resistance – and without the bulky rain housing. The water resistant “Moving Heads” not only stand up in difficult weather conditions, but can also be located under an artificial rain shower during the show. The G-Profiles were exposed to water during every show of the 2017 season that just ended.

... because of the immense amount of work we perform on the stage, our productions always last over two years.
Markus Holdermann, Master Electrician