Prolight + Sound is also always a good place for start-ups to present themselves. The young company Legalight used this opportunity to present its world novelty to the industry: Luminous LED modules that can be combined at will.

Combination of up to 100 additional blocks 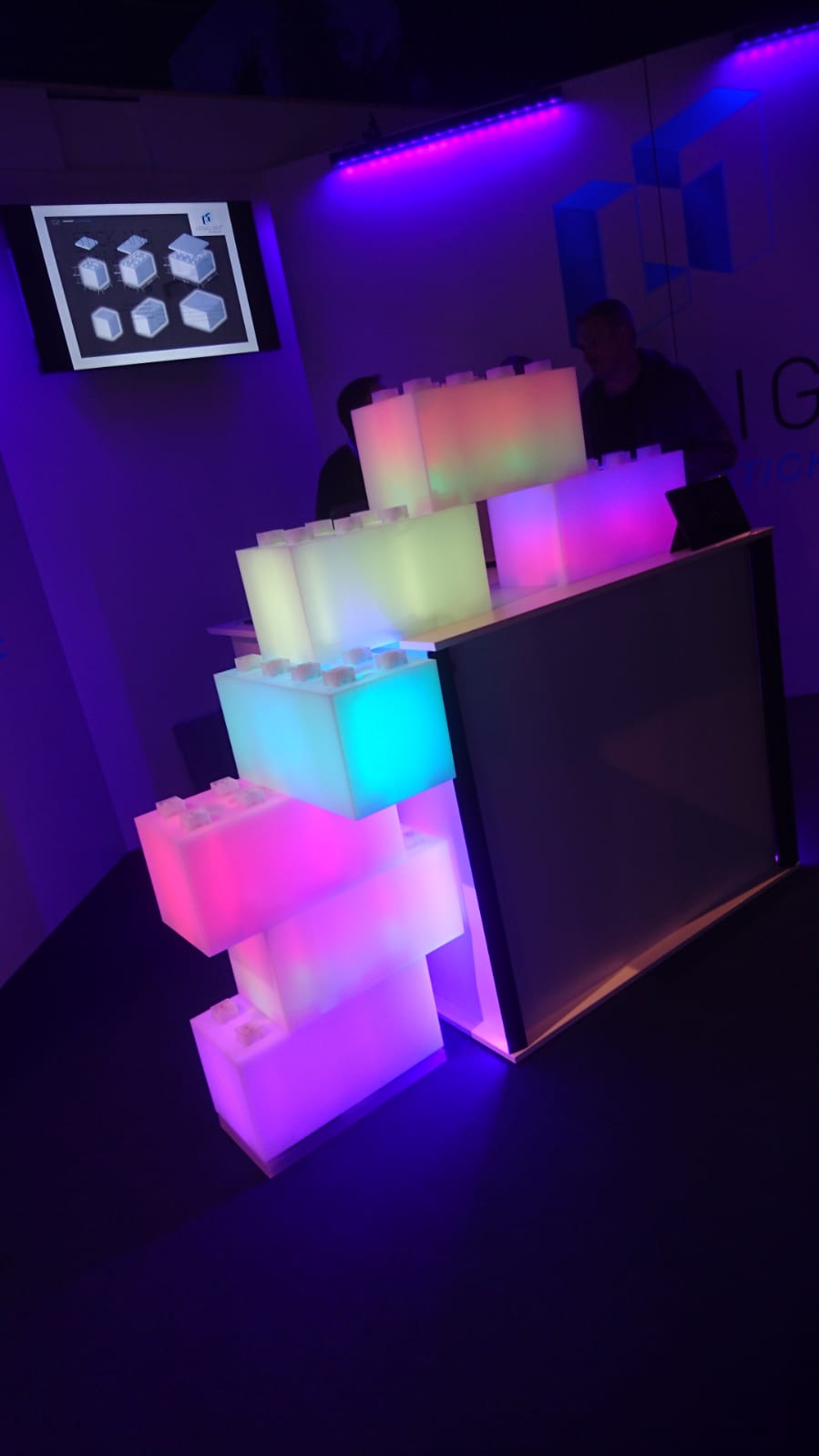 The LED lights are actually reminiscent of familiar building blocks that can be put together to form walls. This means that different shapes can be created as needed. The basic module is supplied with power. Up to 100 additional stones can be combined with it and supplied with power. The connections are a proprietary development that is currently being patented.

Wolfgang Altendorf, managing director of Legalight proudly stated, "Our components can be combined individually, built up fast and flexibly and are at the same time an eye catcher." They came up with the idea while renting and setting up DJ equipment. "We often set up equipment on beer tables or the like and the cables were always hanging from the back. It didn’t look nice. The organizers then asked if we had something to cover the cables with. That’s how we got the idea." The cover should look good, not just be functional.

Another special feature of the system is that it doesn’t need an app or the Internet. The components are controlled by their own interface. A separate network is formed. The interface can also be used to control each module individually. The company used Prolight + Sound primarily to present its development to the industry and to maintain contact with potential distributors.
"We made so many connections," said Wolfgang Altendorf. "Even from abroad. We had talks with distributors from Australia, Portugal and Spain."

The two-year-old company from Pforzheim also used the trade fair to exchange ideas with other companies. "It is a door opener for making new contacts," Wolfgang Altendorf summarized.