New Years in Berlin with wicked lighting from ROBE 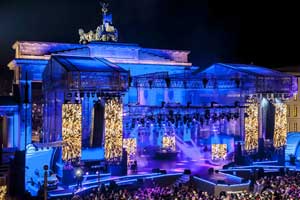 Before Berlin to Prolight + Sound 2014

18 MMX WashBeams were positioned on the side wings of the stage floor and roof for the "up and down" lighting. " The MMX WashBeam proved itself to be an all-rounder at this production," says Jan Schimming, chairman of TLT EVENT AG, which provided the equipment. "In addition to its powerful beams into the sky above Berlin, we also had 6 units on the keylight towers in order to flexibly control the amount of white light on the stage." 50 Robin Pointes were used visibly on the stage and to make them haptically tangible for the audience.

The audience enthusiastically celebrated the start of the new year, and ROBE Lighting created a successful start of 2014. Those of you who could not be in Berlin for New Year's or just want to learn more about the technology used, can do that at Prolight + Sound 2014. At stand B.51 in Hall 11.0, ROBE will be presenting its newest developments. All of those interested can find LMP Lichttechnik Vertriebs GmbH, the German distributor, at stands B.50 and B.61.

Here you can find some impressioms of New Year's Eve Party in Berlin with ROBE Lighting: 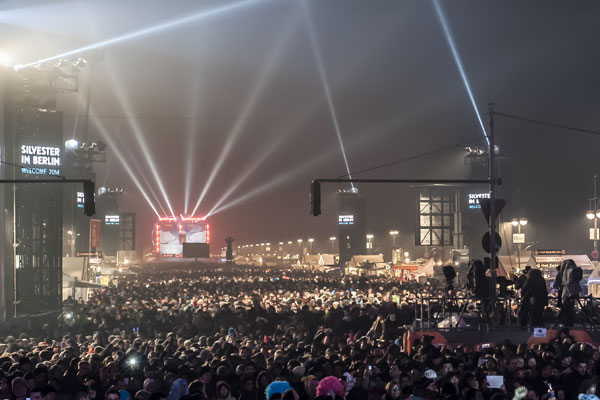