The 2020 Opus winner has been enchanting since the 2019 season with one of the most popular Italian works. Rigoletto is a breathtaking performance on the Bregenz lake stage, redefining the boundaries of what is possible. The production by Munich director Philipp Stölzl was rightly awarded the Opus - German Stage Prize 2020. 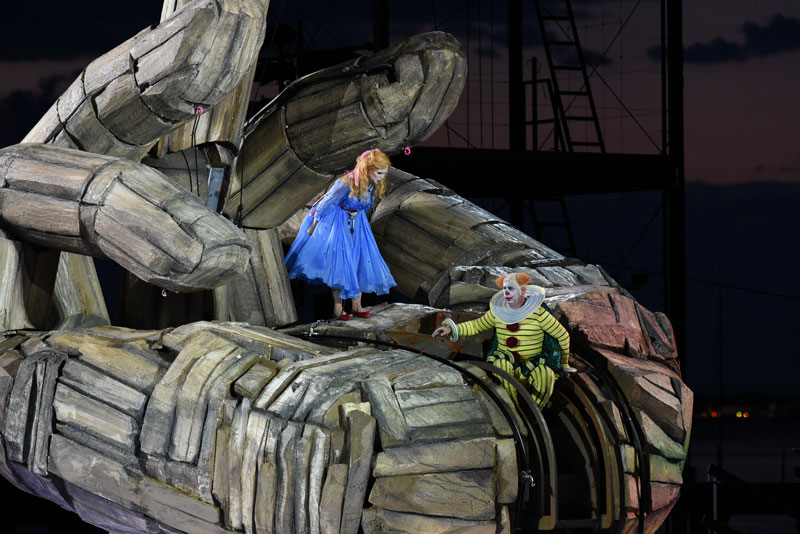 At Opus winner Rigoletto the puppets dance on stage

The dimensions of the stage set alone represent an uncompromising masterpiece of event technology: an animatable head with a removable nose, which alone weighs 35 tons, a collar measuring over 338 square metres and controlled by a cable pull, the hands movable and made of steel, wood and styrofoam, a bulging captive balloon that holds 1300 cubic metres of helium.

More than 300 spotlights, 60 of which are moving lights, provide the right stage lighting. The ingenious sound system provides 220,000 watts on the lake stage.

But the play was able to convince above all through the creativity and esprit of director and stage designer Philipp Stölzl to win the prize. In addition to the sophisticated control of the lively looking puppet, the jury especially praised the inclusion of the opera dramaturgy. 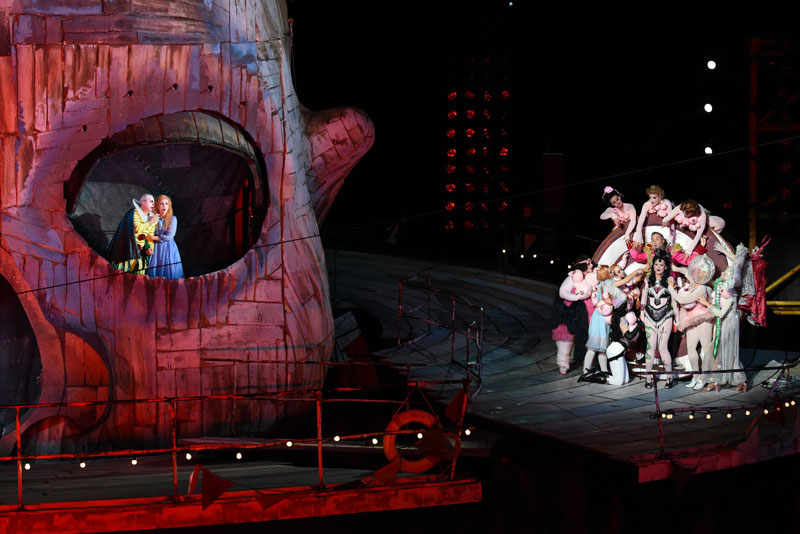 Rigoletto was a technical challenge

The technique used at Rigoletto goes hand in hand with the elaboration of the artistic idea. Thus, the piece is the result of a process that has taken three years. The stage construction alone took 10 months, involving 46 technical companies from Germany, Switzerland and Austria. This ultimately resulted in an impressive overall experience. Already in the first season on the Bregenz lake stage Rigoletto was a great success. From 23 July 2020 the colourful stage spectacle will enter the next round.

Since 2020, the awarding of the Opus has been part of the Prolight + Sound trade fair for event technology. As one of the most prestigious awards for outstanding stage projects, the prize honours outstanding artistic achievements in the use of technology for the design of theatre productions, concerts, open-air events and other productions. Representatives of the Association for Media and Event Technology (VPLT), the European Association of Event Centres, industry experts, representatives of the trade press and Messe Frankfurt make up the jury. The awards ceremony will take place on 2 April at a festive evening event at Prolight + Sound.