“Save The Summer”: Festival-Feeling With Megaforce

Summer, sun, festivals ... unfortunately there is no such thing this year. All big festivals had to be cancelled due to the Corona crisis - a bitter loss for bands, fans and organizers. Megaforce sets a statement and wants to "Save the summer". The specialist for stage construction, event construction and special constructions, initiates the save the festival summer and provides artists with an open stage for recording performances.

Unforgettable souvenir in the Corona time 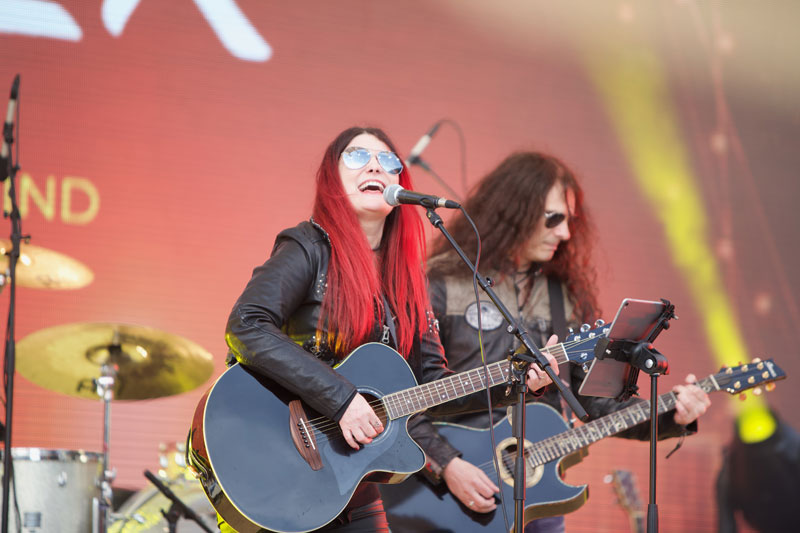 Save the summer with "Danny & The Boys"

"If we don't have the possibility to bring our stages to the concerts and festivals of this world, we simply turn it around and bring the concerts and events to our stage here at home", the initiators wrote on their website. Since the end of May, the Open Stage has been located on the Megaforce premises in Weingarten (Baden).

With 10×6 metres of stage space, the stage offers artists and bands the opportunity to still play on a festival stage in 2020. Churches and local authorities can also use the Open Stage to stage events digitally.

With the performances on the Megaforce Open Stage, the company wants to create an unforgettable souvenir of surreal corona times, in the best possible picture and sound quality. The recordings are intended to reflect the special situation in which the bands play despite all the adversities.

The project was developed in voluntary cooperation with Videotechnik Bär, Skowronek Filmproduktion and Crystal Sound, who are responsible for light, sound, camera and video. Since the beginning of the project more than 20 artists have already taken the opportunity to present themselves to their fans.

The first one was the Berlin scene band "What's next? Further recordings were made with "Danny & The Boys", who appeared as support band for "What's next?" on the first evening, as well as with "De Corazòn", "Classic Brothers" and "Asrael".

The setting is like a real festival: It's a great backdrop in the open air, 10×5 meter video wall, light and sound arrangements - only the audience is missing and celebrates behind the screen. 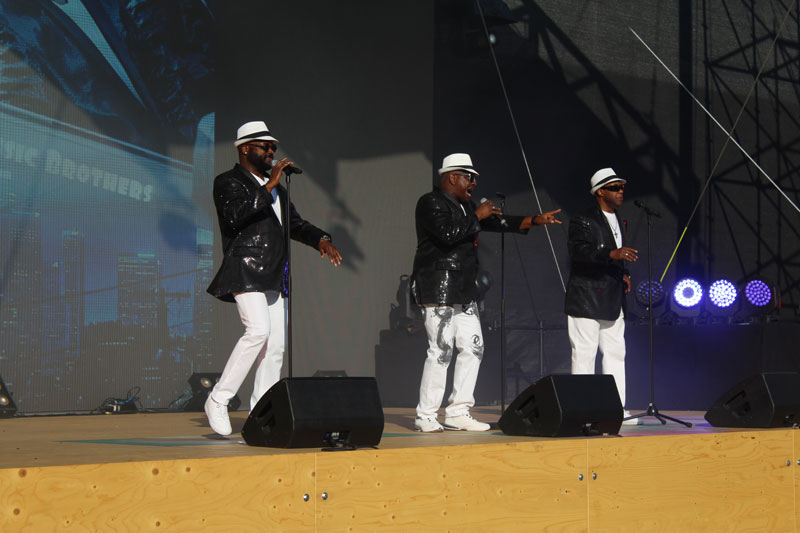 Save the summer with "Classic Brothers"

Instead of a partying crowd of fans, Megaforce provides an experienced film crew, which documents the events in Full HD before, beside and on stage.

After completion, the live recordings will be released on the "Save the summer" channel on Vimeo. There all recordings can be viewed as a stream.

Megaforce goes one step further with this action. In future, each recording will be accompanied by a flag of a non-profit association or persons in the public domain, which will be handed over to CEO & Business Owner, Michael Brombacher. These will then be hung on the stage. With this action, Megaforce wants to take a political and social stand and show what the 'Save the Summer' and Megaforce action stands for.

During the last two recordings, the flag "UNITE AGAINST RACISM" was handed over on the occasion of the current political unrest in the case of George Floyd, and the following day "COMMON AGAINST RACISM". Next planned is that Celine Kühnel from EPS will hand over the flag "PINK IT" for the action "Awareness of Breast Cancer" and Lara Teschers from the water initiative "Viva con Agua" will hand over the flag "WATER IS A HUMAN RIGHT".

pictures: Megaforce / Save the summer