Technic of the Stars: Peter Maffay Rocks With Lightpower 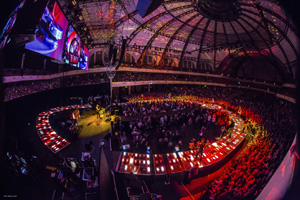 His equipment selection includes a grandMA2 full-size, a grandMA full-size, and an MA VPU plus MK2 (video processing unit) as well as 52 VariLite VL3000 spots and eight Robert Juliat Cyrano followspots. “I’ve been working with the MA VPU for four years, and I’ve been running everything over the MA VPU for this show too,” Jäckle said. Its primary role is to coordinate the colour and brightness of the LEDs on stage with the rest of the rig. “I don’t know of any other piece of kit that could manage it so well.”

Director and editor Volker Scherz added: “Because of the 360 degree stage which has three gangways reaching almost to the middle of the arena, and up to twelve actors, you need to have a video concept that can react flexibly to any situation during the show, but still keeps within budget.”

Two pivoted FOH cameras placed in the pit cover the gangways as well as the stage. “We use a hand-held camera for close-ups and the stage itself. There’s another camera positioned behind the stage for back shots and which can also be used for the gangways. Two fingercams on the drums and two domecams help me with the angles and give me shots of the stage without having to get more camera operators up there.” 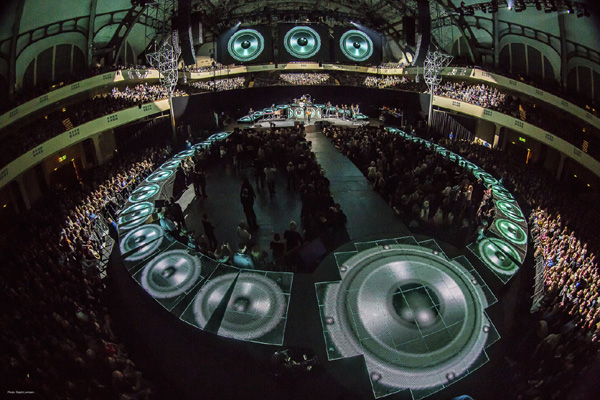