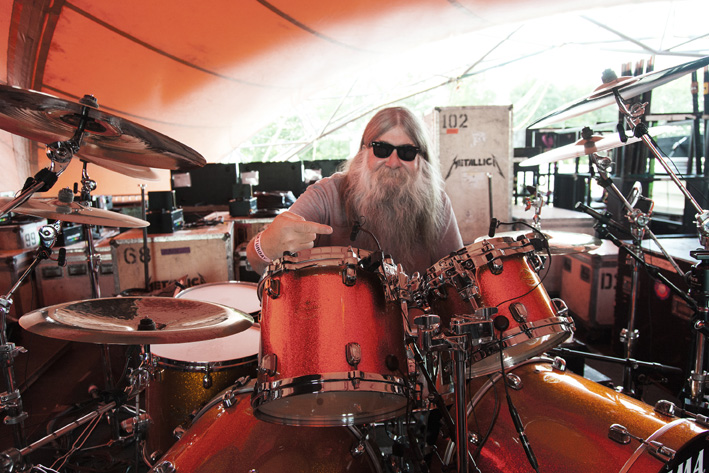 At the DPA Microphones stand at Prolight + Sound 2013 there was more than just something nice to look at; there was also something great to hear. The pop band SHEL gave a mini concert for all the visitors and presented the Danish audio manufacturer’s technology. The trade visitors were excited. However it was not limited to the trade visitors, the quality of the DPA Microphones also convinced the successful US heavy metal band Metallica.

“I have to admit I had never considered DPA as the right kind of microphone for live rock music“, said Big Mick Hughes, the band’s soundman for the past thirty years. “But after giving them a try I was really impressed with their brightness and crispness.”

The final impetus to switch came from the studio engineers during their work on the soundtrack to Metallica’s 3D film, “Through the Never”, which had its premiere mid-September. “The recording guys were not happy with our old mics because they didn’t deliver the audio they wanted across the full frequency range“, Hughes continued. “Obviously for a surround sound, 3D movie it was important that the audio was perfect so I suggested the DPA d:vote™ 4099 instrument microphones and, after carrying out A/B testing, they were very happy for us to switch to them.”

According to Big Mick, it not only delivers a bright, fresh sound, but it is also much clearer in the higher frequency ranges. “Technology does move on and I’m always looking for better solutions,” said the sound engineer, who already has hier eye on the d:dicate™ 2011 recording microphones. “I’m told they are great for drums as well.”

Microphones are DPA’s profession. Whether for instruments, recording, vocals, as miniature microphones or headsets, the upcoming Prolight + Sound 2014 will certainly have new products from DPA Microphones.