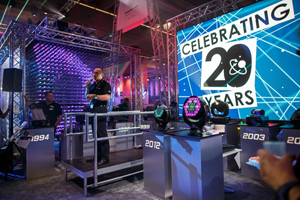 When Udo Künzer founded German Light Products (GLP) in 1994, he couldn’t have guessed that 20 years later, the company would be at the forefront of LED technology, and that devices from his ‘impression’ line would be at home on the world’s biggest stages – from London’s West End to New York’s Broadway. The development of one of the very first products, the Patend Light, lead directly to the breakthrough. The hybrid spotlight stood out due to its fast mirror movement and a large field of pan/tilt movement, fulfilling all market demands in one product.
The introduction of the Patend Light was met with a massive response, and further products soon followed, including MAX, Mighty Scan, Pocket Scan, and from 2007 the development of the successful ‘impression’ series. The spotlights were already being used in some notable productions including top-rated German light-entertainment show “Wetten, Dass..?”, filmed on Mallorca. 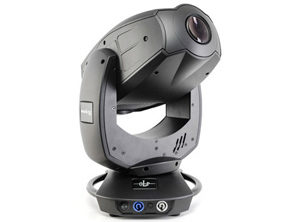