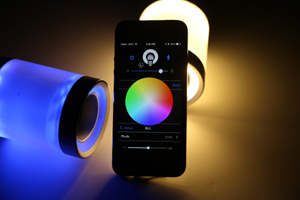 In the beginning was the idea: what if there was a light bulb that could not only change colours, but also play music – and all controlled via smartphone? Inventors in Atlanta have turned this idea into a reality and developed LightFreq. LightFreq is a light bulb that houses a 5 watt speaker capable of HD audio. Its LEDs provide full 360 degree coverage with 16 million colours, at an intensity of 800 lumens. A real wonder gadget, and one that has even more tricks up its sleeve.