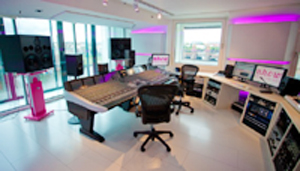 Every year, Prolight + Sound attracts thousands of music lovers and tech fans from the world over to a little slice of high-tech paradise. The nhow Hotel in Berlin is also passionate about music. With two fully-equipped recording studios, it’s been putting a spring in the step of singers and songwriters since 2010 – a great hotel where you can also produce hit songs, an opportunity taken advantage of by stars like Jennifer Rostock, Rea Garvey, Culcha Candela and Kool Savas. But what was the inspiration behind nhow?