Attorney Solmecke: What The New Copyright Law Will Look Like Is The Big Question

In the immediate lead-up to Prolight + Sound 2019 there was a heated debate about the EU copyright reform. YouTubers protested, politicians discussed and in the end, the EU directive was adopted anyway. In many respects, it is still unclear how exactly the reform will take effect in the individual states – and what effects it will have, especially for the event industry. In an interview, Christian Solmecke, lawyer and partner at the Cologne-based media law firm WILDE BEUGER SOLMECKE, explains what changes the copyright reform will entail and what consequences it will have for companies and private individuals. 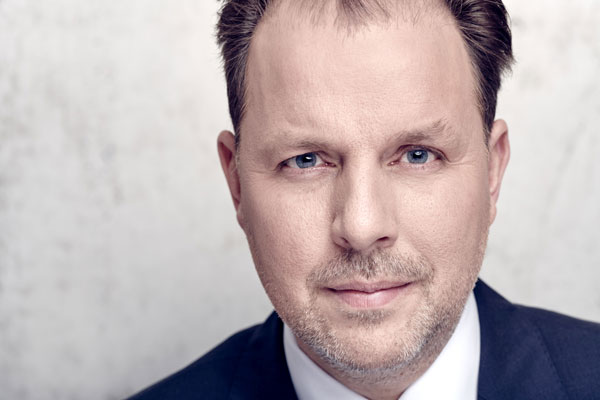 1. The legal process of the controversial copyright reform of the EU has been completed since April 15, 2019. There were many discussions and protests in advance. Please summarize for our readers what will change with the new copyright law.

What exactly the new copyright law will actually look like in the individual EU states is the big question and so far no one knows the answer.

Specifically, in relation to the most controversial Article 13, there are (roughly) three scenarios:

a) Article 13/17 is implemented almost verbatim in Germany and the other EU states. Then platforms that organize and promote user-generated content for commercial purposes will have to make best efforts in the future to conclude licensing agreements for the copyrighted works uploaded there. If rights holders are not willing to allow their works to be used on the Internet, the wording of the Directive also requires the platforms concerned to make “best efforts” to prevent the upload of such content. According to the wording of Article 13, the use of so-called upload filters would have no alternative. Even if the authors have not taken the initiative in depositing their works with the platform for filtering, the platforms must also ensure to the best of their ability that the same work is no longer uploaded in the future following an infringement. Users whose uploads have been blocked would have to appeal afterwards.

b) German legislators actually finds an EU-compliant way to prevent upload filters by translating them into German law. I consider this to be very difficult to justify under European law, but according to the additional protocol declaration of the government (especially under pressure of the SPD) this is the goal. Then perhaps we will have no upload filters in Germany, but for it possibly a patchwork in the European Union. Then private users could upload everything and would not have to fear that their contents would be blocked or warned. The platforms have to pay. Depending on whether smaller platforms were also covered, the financial burden could bring them to their knees. Artists or rights holders would receive more money, but would often not be able to prevent their content from being uploaded.

c) At present, the European Court of Justice (ECJ) is responsible for examining the Directive, as Poland has brought an action for annulment. If the ECJ decides that the copyright reform is null and void before the expiration of the two-year implementation period, it will not be translated into national law. Then it has to be reworked and adopted in accordance with the requirements of the European Court of Justice. The Member States would then again have two years to implement it. Everything would remain as it is. The platforms are only liable if they have been made aware of an infringement and do not react. Instead, rights holders must turn to users if, for example, they wish to claim damages.

2. Is there a transitional period, similar to that for data protection? If so, when must the Directive be finally implemented by?

The difference to the DSGVO was that it was an EU regulation which is directly applicable in all EU states. In this case, however, the states have granted a period of two years for the applicability of the DSGVO due to the many conversions that companies had to make. A directive is different. This must first be converted into national law in order to become applicable.

3. Who is the most effected?

The following groups will be affected by Article 13/17 to varying degrees:

However, the directive also contains many other regulations, such as:

4. What are the consequences of the new EU directive for individuals and companies uploading videos, images and texts to platforms? Many media, agencies and companies use platforms such as YouTube, Facebook or Instagram for their reporting and marketing. What do they need to pay attention to in the future?

In the future, individuals on the platforms to which Article 13/17 applies will probably have less to worry about being warned if they upload copyrighted material there. Although there is still a gap in Article 13/17, it could be closed by Member States, so that at least this risk for users is eliminated.

This does not apply to businesses. The license agreements that platforms have to conclude with right-holders do not apply to commercial uses. Companies must therefore continue to ensure that they acquire a social media license for photos, videos and texts before putting the material online.

In the future, both private individuals and companies may have the material they want to upload blocked because the filter system has detected a “match” with material from rights holders. Then they have to file a complaint with the platform and wait until the material is released. For live streams, such a mechanism is unfortunately very detrimental.

However, it could be the case that, for example, a rights holder has certain content fed into the upload filter system, but will allow individual companies/persons to use this content exclusively. A technical solution to the “whitelist” must then be found so that the filter system does not block this content.

5. Prolight + Sound is a trade fair for event technology. New products and highlights are often presented there with shows. Naturally, these are also accompanied by music. Will there be any pitfalls here in the future?

Nothing will change at the fair itself – the reform of copyright law mainly affected the Internet. Of course, it could be difficult to put recordings of the fair itself online in the social media if the music is on the “blacklist” of the upload filter. Here, too, commercial organizers would have to seek separate Internet licenses, e.g. from the collecting societies, as well as a “white list” if this is technically provided for.

6. What consequences can be expected if the new directive is infringed

Once the Directive has been translated into national law, the usual consequences are likely to arise if copyright is infringed. Primarily, rights holders can warn and sue the infringer, in particular for injunctive relief and damages. In addition, there are often costs related to warning notices for lawyers and – should you lose out – the costs of legal proceedings and the opposing lawyer.

Christian Solmecke (45) is a lawyer and partner of the Cologne-based media law firm WILDE BEUGER SOLMECKE and specializes in advising the Internet and IT sectors. In recent years, he has steadily expanded the firm's Internet law/e-commerce area and advises numerous media professionals, Web 2.0 platforms and app developers. In addition to his work as a lawyer, Christian Solmecke is the author of multiple books and, as managing director of the cloud-based software Legalvisio.de, also a successful LegalTech entrepreneur.