The SampleMusicFestival takes place this year for the first time at Prolight + Sound. The DJs invite with cool beats and discussion rounds. A good reason to stop and listen in the foyer of Hall 4.0. 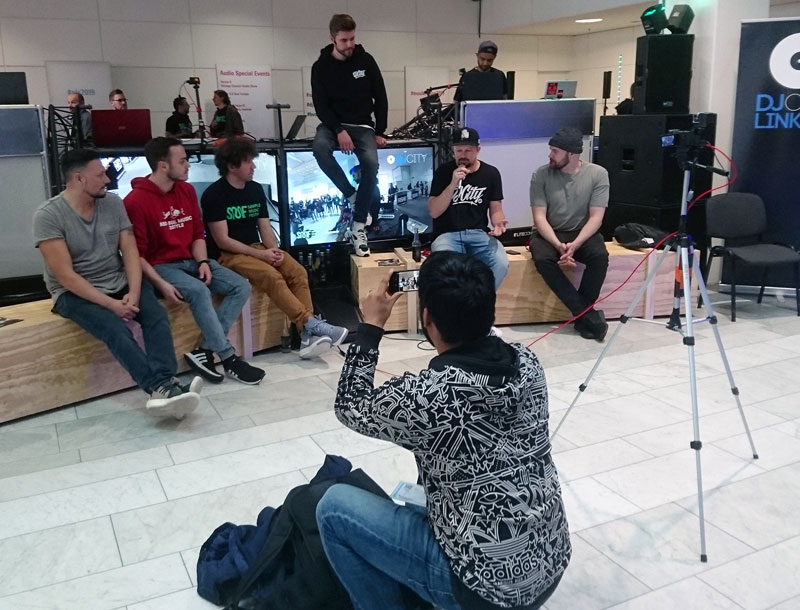 In an interview, Alexander Sonnenfeld, organizer of the SMF in Berlin, gave a small insight into the future plans for the next years. The SMF has a clear mission that consists of two goals. "First, we want to create an international platform in which artists and companies in the music industry can network worldwide. In this area, the SampleMusicFestival should be an instrument for the targeted promotion of the creative industry. Our second goal is to establish DJing, turntablism and controllerism as fixed courses of studies at European music universities. This has already become a reality at Berkeley College in California and other countries are following their lead," said Sonnenfeld.

DJs and experts will definitely reach their audience at Prolight + Sound. In addition to hot beats and live performances, well-known DJing, controllerism and turntablism artists such as Beat Matazz, Clockwerk and S-Trix will let you look over their shoulder at workshops and showcases. The programme will also include live talks and discussions on current trends and topics in the DJ industry.

Here is a small recording of the SMF that will awaken your appetite for more - DJs and DJanes will also be playing in front of Hall 4.0 on Thursday and Friday.