Lighting design with a rock’n’roll look 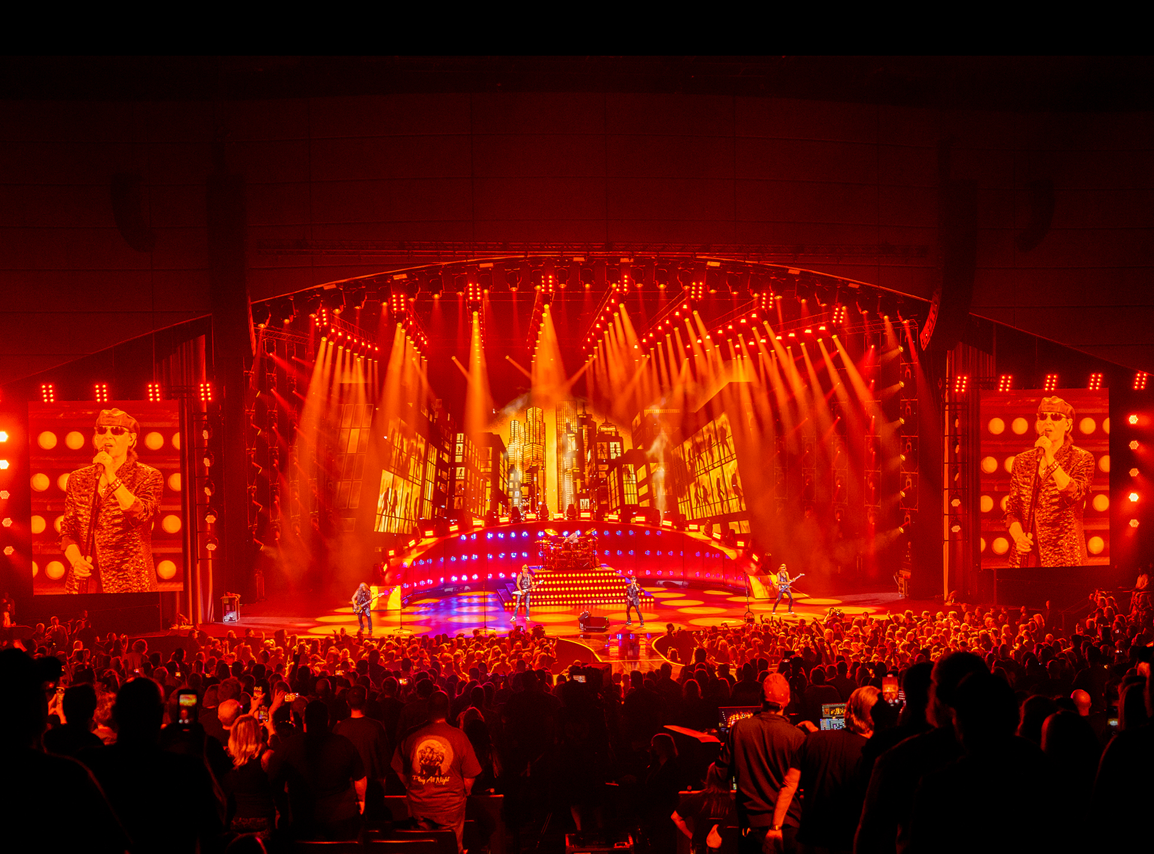 The show design and lighting concept for the current tour follows a classic, analogue rock'n'roll look this time. The central visual element is the pyramid-shaped drum riser, which is surrounded by a semi-circular stage set. Both components include various lamps and blinders and thus contribute to the overall lighting design.

The stage set, which is made of metal grids, has been made in duplicate so that the band can play their concerts in the USA while simultaneously preparing the next shows in Europe - and vice versa.

Challenge for the video concept

"An important consideration for the production design was that the show had to work in the Zappos Theatre and during the tour dates in the arena," says Manfred Nikitser.

So the stage at Zappos was also wider than at traditional venues. The oval shape presented an additional challenge in developing the video concepts.

"We studied the sensor extensively beforehand and were impressed with the low-light performance of the camera. Similarly, we are using the associated camera and studio fibre optic converters, with everything controlled via the ATEM Camera Control Panel. The cabling required for the workflow is much less than other SMPTE systems," says Nikitser.

All live camera signals are fed into an ATEM Constellation 8K via a Smart Videohub 40x40 12G router. The matrix allows them to be sent to an external multiview unit and receive direct outputs straight into the media server.

The programme feed and an FOH camera feed recorded as a wide-angle shot of the stage are recorded using multiple HyperDeck Studio HD Plus broadcast decks.

The tour's LED screen setup is based on a rear screen and two portrait IMAG screens to the left and right of the stage, all fed from a series of media servers. Therefore, multiple outputs from the ATEM Constellation are sent via SDI to the media server, where they are processed and routed to the screens.

Video mixes for each screen

In the CuePilot, the complete show is programmed, and the commands are routed to the production mixer.

"Each operator has a tablet and a camera, and they can see when the next cut is coming and how long it will take. No matter where the audience looks, they always see something different," Nikitser explains.

In fact, we produce a series of mini-video mixes for each individual screen. A media server is used to coordinate where the individual camera images appear. But the real magic happens when using the Switcher's four mixing layers, which are all operated simultaneously. In addition, each cut can be changed via the lighting console. 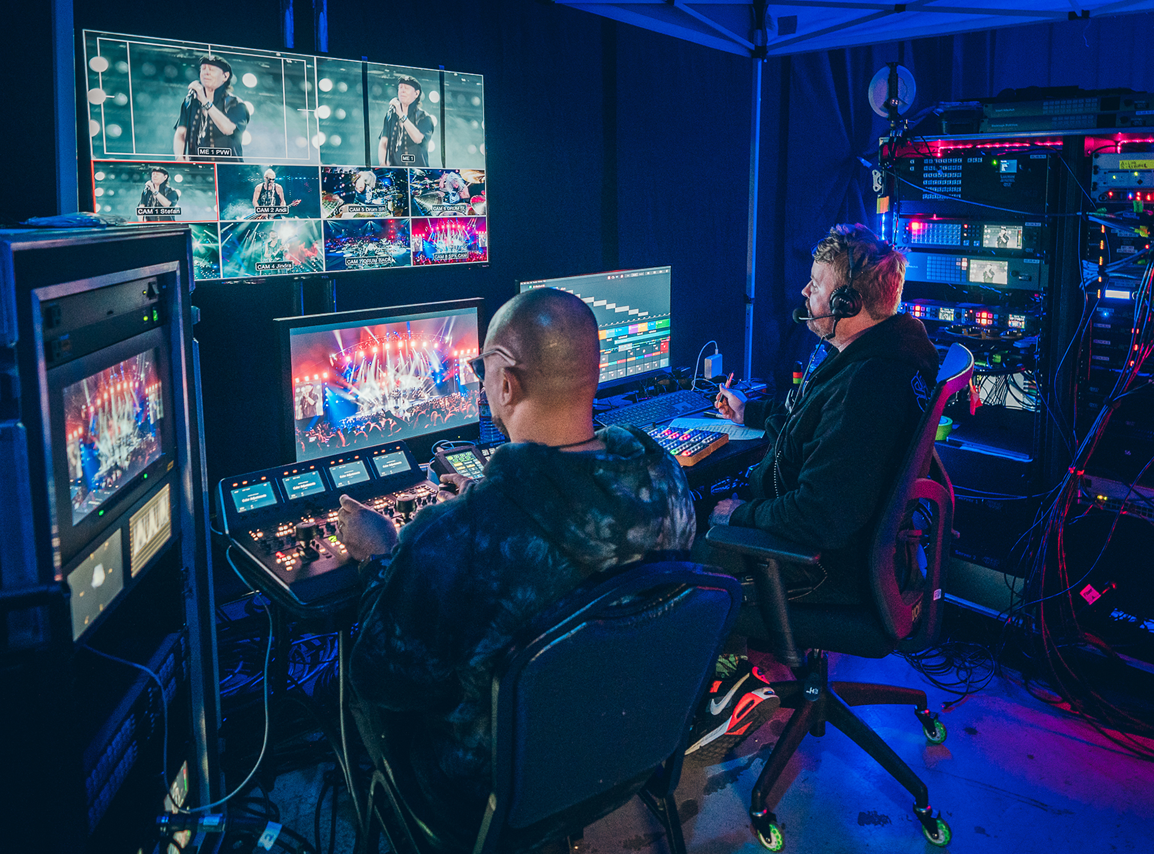 The concert is produced with a minimal amount of technology that is both flexible and reliable. There is currently no other production on tour with such a setup.

Despite the complexity, a stable and simple system has been implemented to ensure that the focus can be on delivering a stunning show.