As a specialized manufacturer of the award-winning Hippotizer Media Server series, Green Hippo was of course also present at Prolight + Sound 2022. 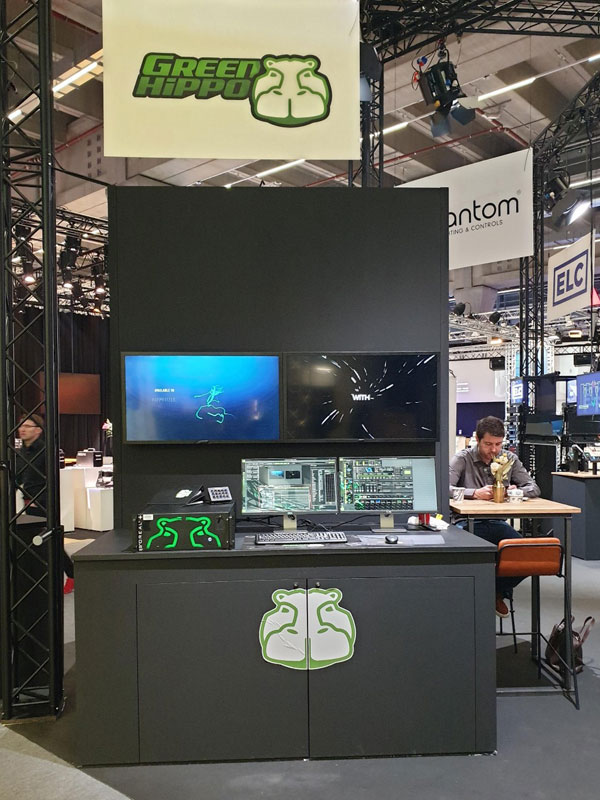 The latest Hippotizer software, V4.7, includes a host of new features, including REST API, integration with TouchDesigner, and a new mixed reality workflow. The new REST interface lets you create custom web-based controls for Hippotizer Media Server. This allows you to trigger timelines and presets, upload and manage media, and view the status of your Hippotizer Media Servers through a simple web page or RESTful control system.

Also on display were two of the five new hardware platforms of the Hippotizer V4+ MK2 generation. The Boreal MK2 and the Tierra MK2 were presented. The tour-ready and installable systems, which are suitable for even the most demanding productions and offer up to 100% more processing power for significantly improved generative performance, 3D mapping and visualization. With the ability to drive up to 32x 4K clips, the next-generation hardware is optimized for generative playback, smooth visualization, and up to 100% improved performance without compromising control. The V4+ MK2 delivers the hardware features desired and is designed for new and emerging workflows that rely on flexibility, generative and high-quality playback performance.

Hippotizer's output management system offers complete flexibility in system configuration, while PixelMapper is a feature-rich tool that can map many thousands of light points easily and effectively.