Interactive Theatre Stands Up Against Corona With Moveable Plexiglass Boxes

The Eurodistrict Baden Alsace Theatre (BAAL) was founded in 2005 as a cross-border theatre and is based in both Strasbourg in France and Offenburg in Germany. In September 2019, a new venue was opened directly on the banks of the Rhine. The project "Europäisches Forum am Rhein" is intended as a meeting place for Germans and French. The modern venue of the theatre itself is built in an unusual oval shape in the form of an amphitheatre and is located on the top floor of the Forum. Like many others, the Corona crisis hit Theatre BAAL shortly after the Forum opened. But there they are creative and designed mobile plexiglass boxes that give visitors a very special theatre experience. We talked to theatre director Edzard Schoppmann about his idea.

How did the idea come about? 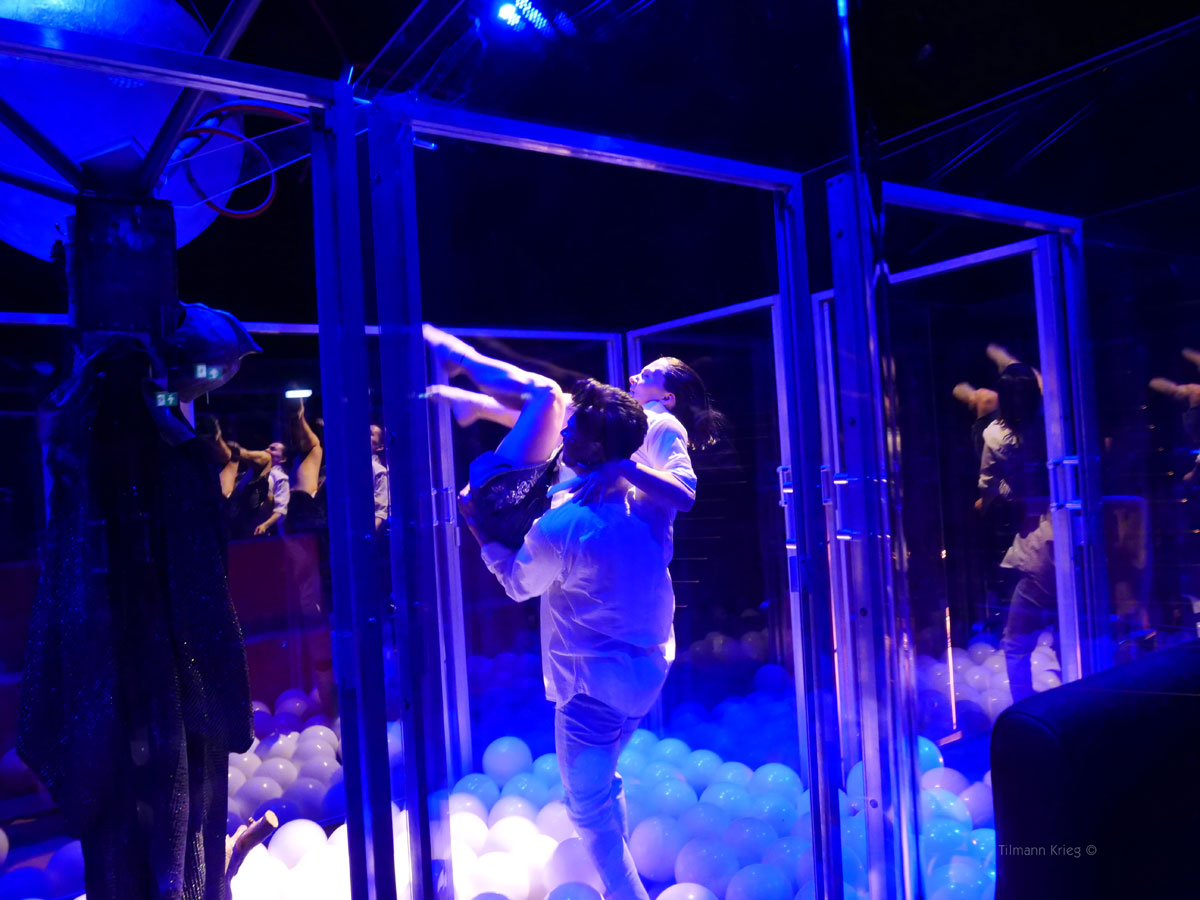 It is the case that we are allowed to play in the theatre with a reduced number of spectators - not at the moment, but in principle we are. I found this idea quite unsatisfactory, that only single people can sit in the theatre hall. So, we thought about how we could implement the theme of spacing and hygiene rules in such a way that it would be artistically interesting again. We came up with ideas like spit shields between the audience and towards the stage. But that was then discarded. So, the idea developed to construct rolling performance boxes made of glass, which move through the area during the stage action. This way, the audience and the acters are separated, but they can interact with each other much more intensively than in normal theatre. Audience and actors are much closer together. The audience feels protected, but at the same time they are more involved in the action.

How did the theatre box come about?
The whole construction is a 1 x 1 metre glass box with a glass door. The whole thing is on four wheels so that the actor can move the box around with a spectator inside, e.g. in the middle of the stage. So the spectator is right in the middle of the action. It can happen, for example, that a (stage) murder takes place right next to the box, a rope is wrapped around the box and the spectator can hardly escape. He or she is right in the middle of it, just like the actors themselves. That is the great potential of this idea.

The realisation of the boxes themselves was a process. I first looked around on the internet and saw what you could do with normal shower boxes, for example, put them on rollers. But that seemed too wobbly. Then I got in touch with a local company here in Ortenberg. Their name is "Schäfer vollendet". It is a stroke of luck that it's so close by. They work very professionally with Plexiglas. We called in our stage builder, who is more of a creative craftsman. Together we developed the Plexiglas box. A wooden plate at the bottom, four rollers and a small aluminium frame so that the viewing angle is not distorted. And the idea was finished.

How was the whole thing realised and financed?
The production time took about two months. The boxes have no lid at the top and they have air holes at the bottom. In connection with the theatre's very modern ventilation system, it works well.

One box costs about 1,000 Euros, we had about 30 of them made. The whole thing was funded by the federal government's "Neustart Kultur" programme. They thought the idea of dealing creatively with the issue of distancing was worth supporting. So, in the end, the approval of the funds was no problem. Otherwise, we wouldn't have been able to do it for such a small audience.

What will happen to the boxes after the Corona pandemic? 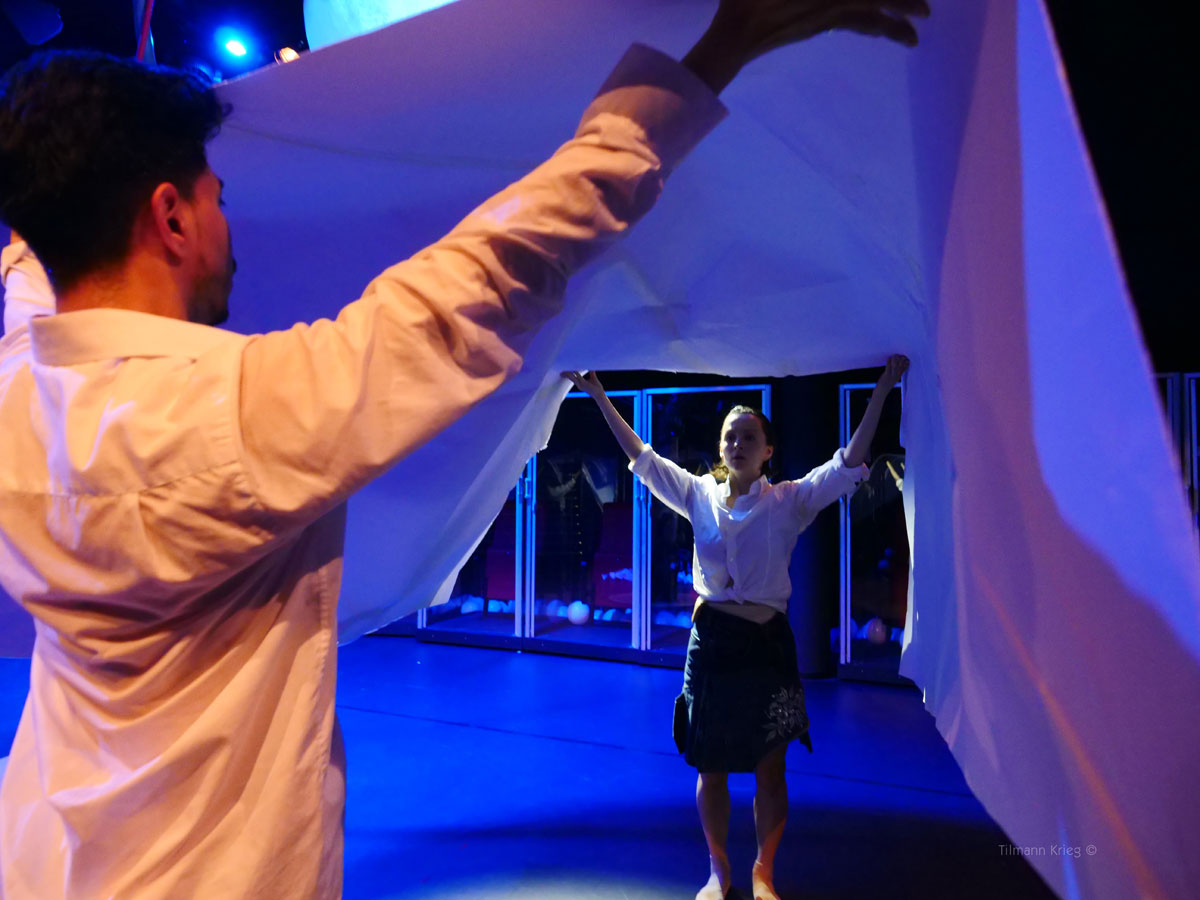 Our boxes will continue to be used after Corona. Because we have realised that this idea has incredible potential. We have almost developed a new theatre form with it.

Since we are currently not allowed to perform theatre with the boxes ourselves, we have streamed and recorded the plays. We talked to the approved audience members, who are currently extras (it was a film recording), afterwards. This was a special experience for everyone. To be so close to the action together with the actors. And because the boxes are moved around, you also see the reactions of the other audience members to the play. It develops completely different dimensions; the theatre becomes an event.

Were there any challenges?
We worked on the acoustics, of course, because that was our big concern about the walls of the boxes. Appropriate equipment was then bought. Since the boxes are open to the top, the sound now also comes from above. And the actors all have microports so that the sound is transmitted correctly. Of course, it is technically very complex, but it works.

What's next?
We have tried out many things with it. At the moment we're still at the theatre, but where I want to go is a kind of room installation, as early as this autumn. The audience will then also sit in the boxes and then be driven through the room installation. The idea is to create associative spaces and not so much to tell a stringent theatre story. That would be the next step: to create a connection between theatre art and visual art.

Impressions of the play "Metamorphose" 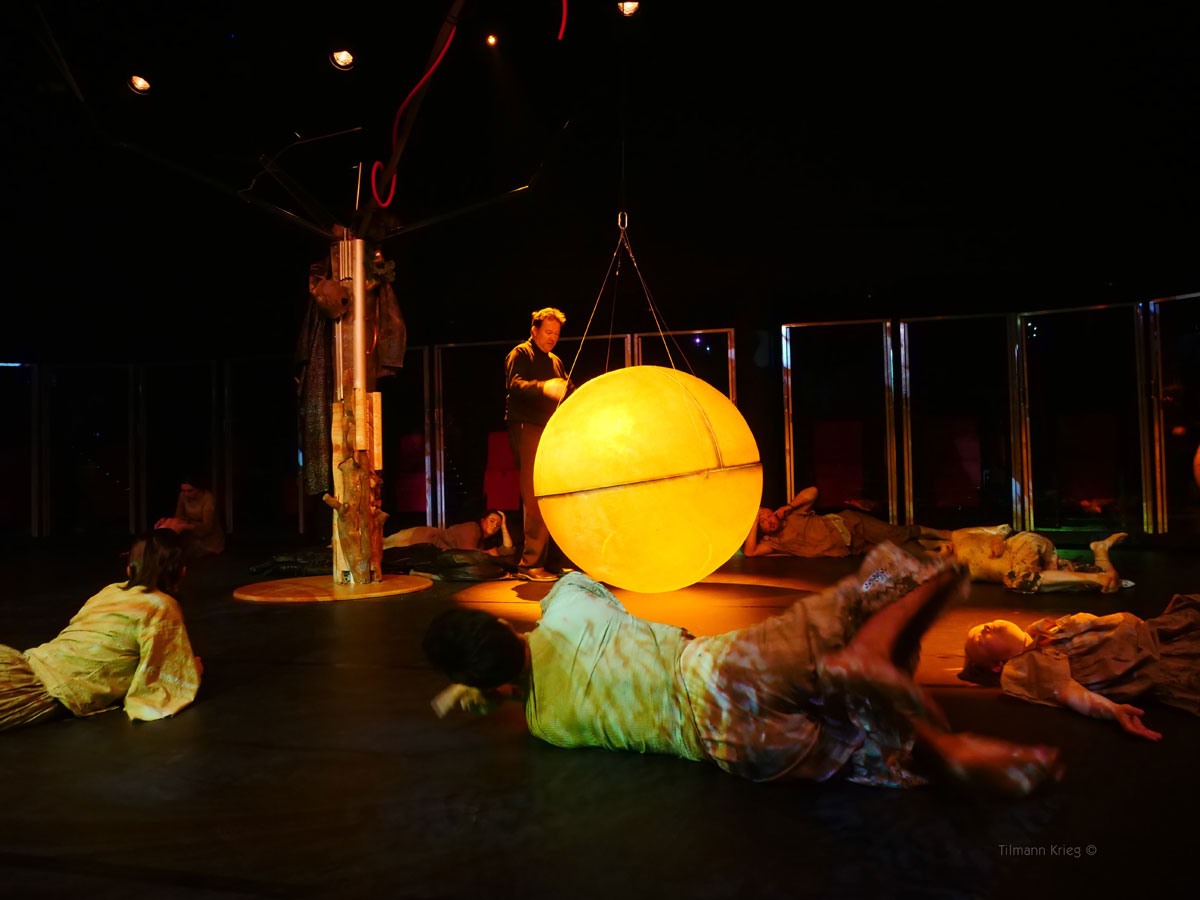 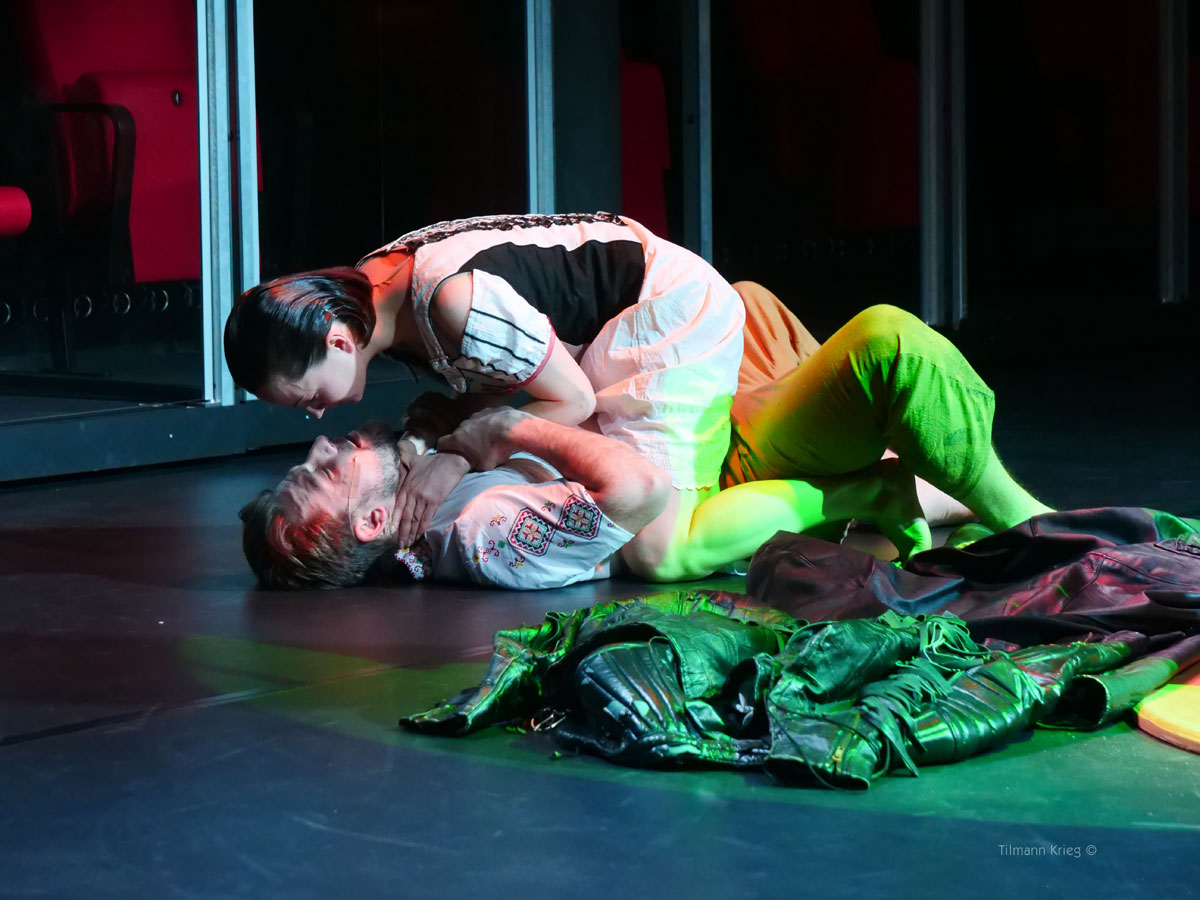 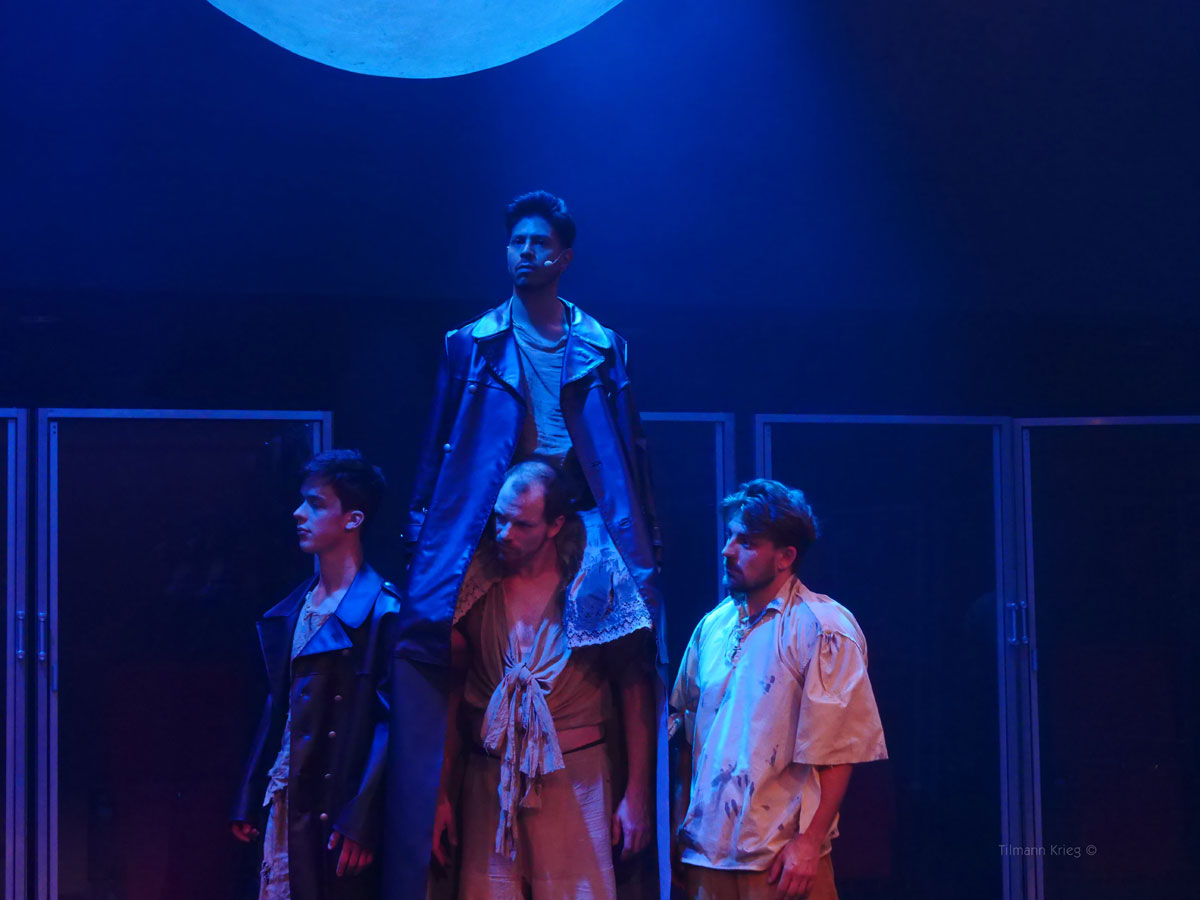 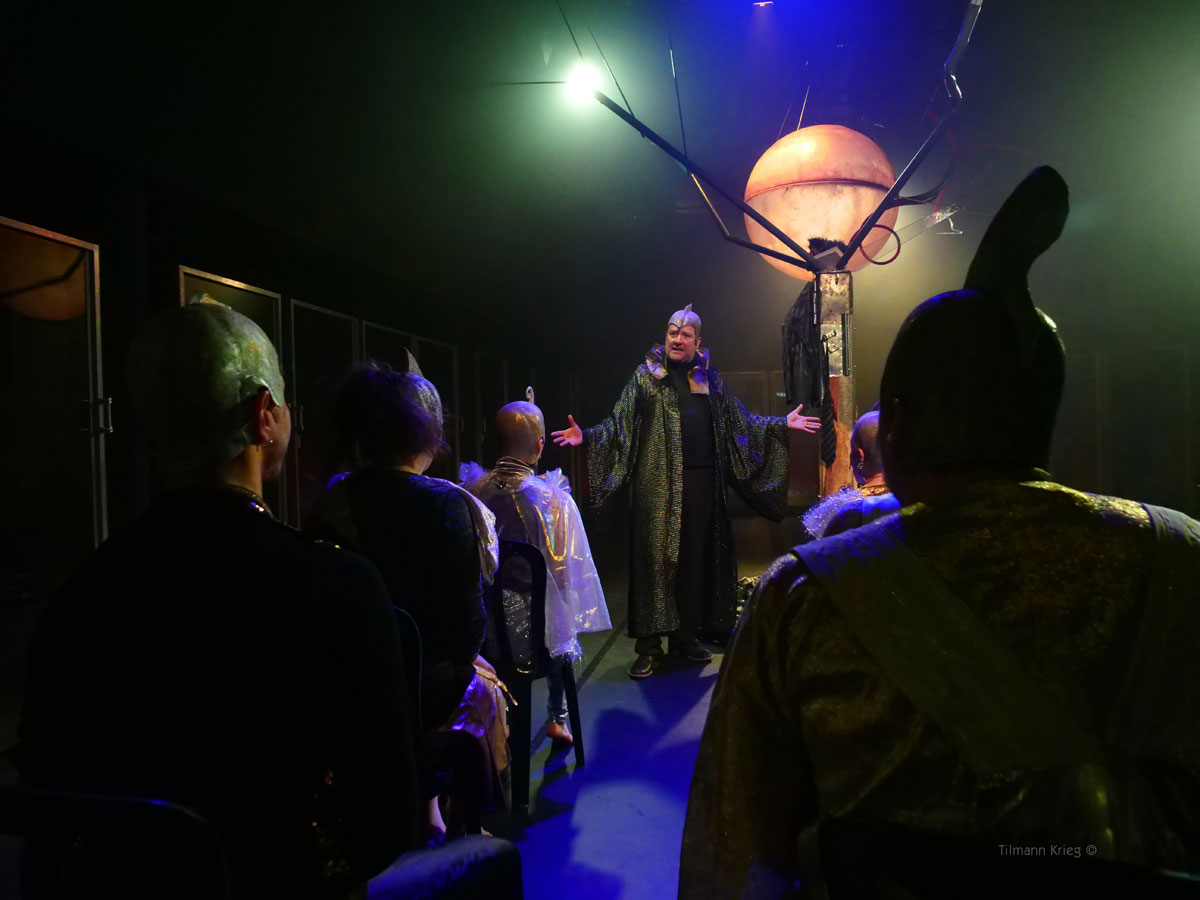 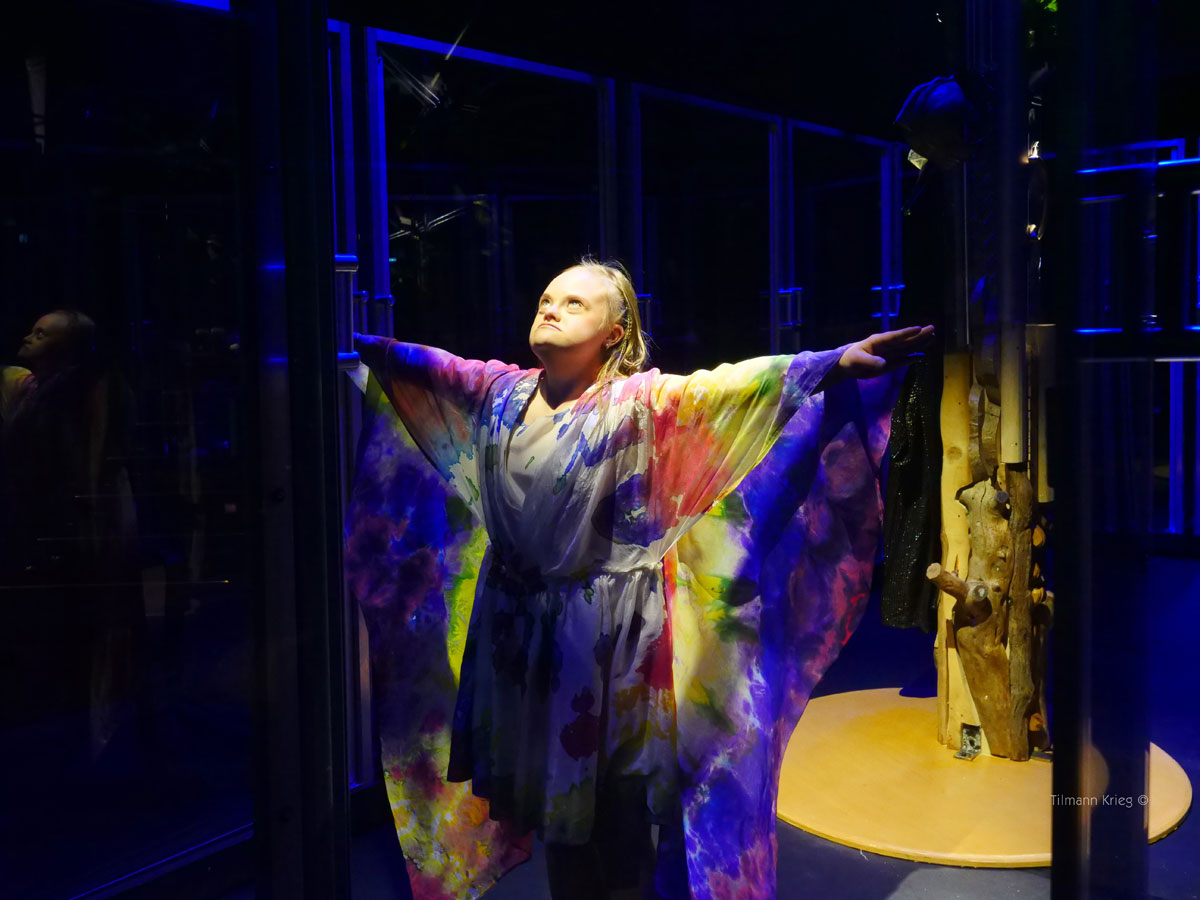 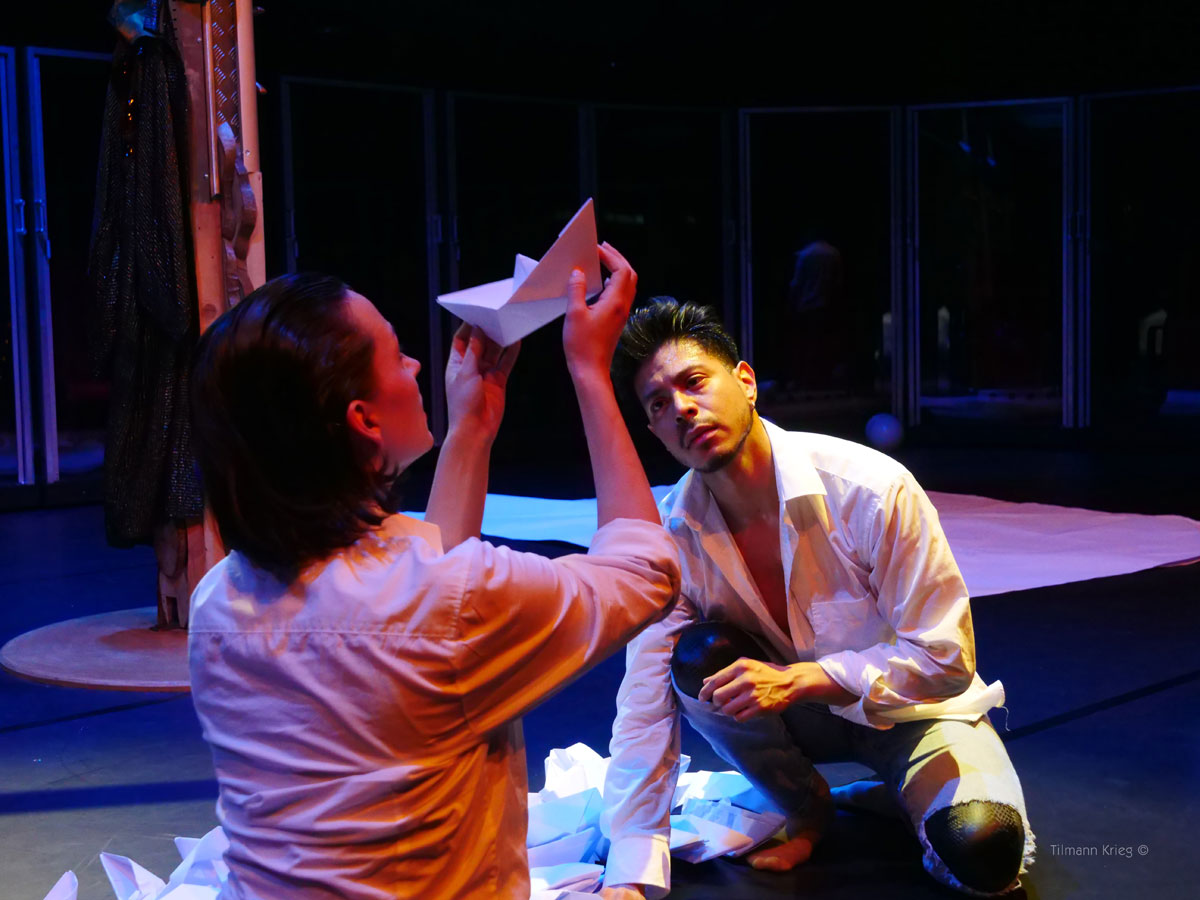 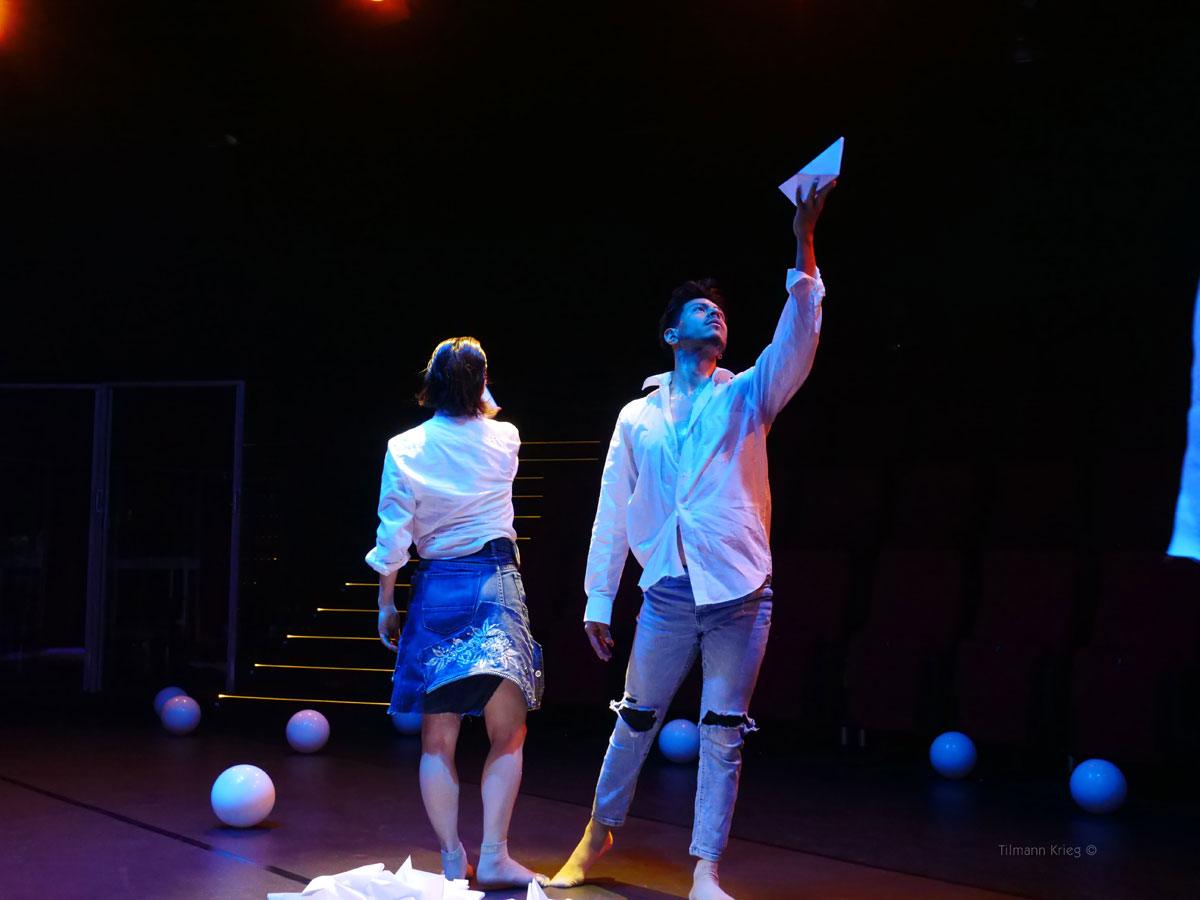 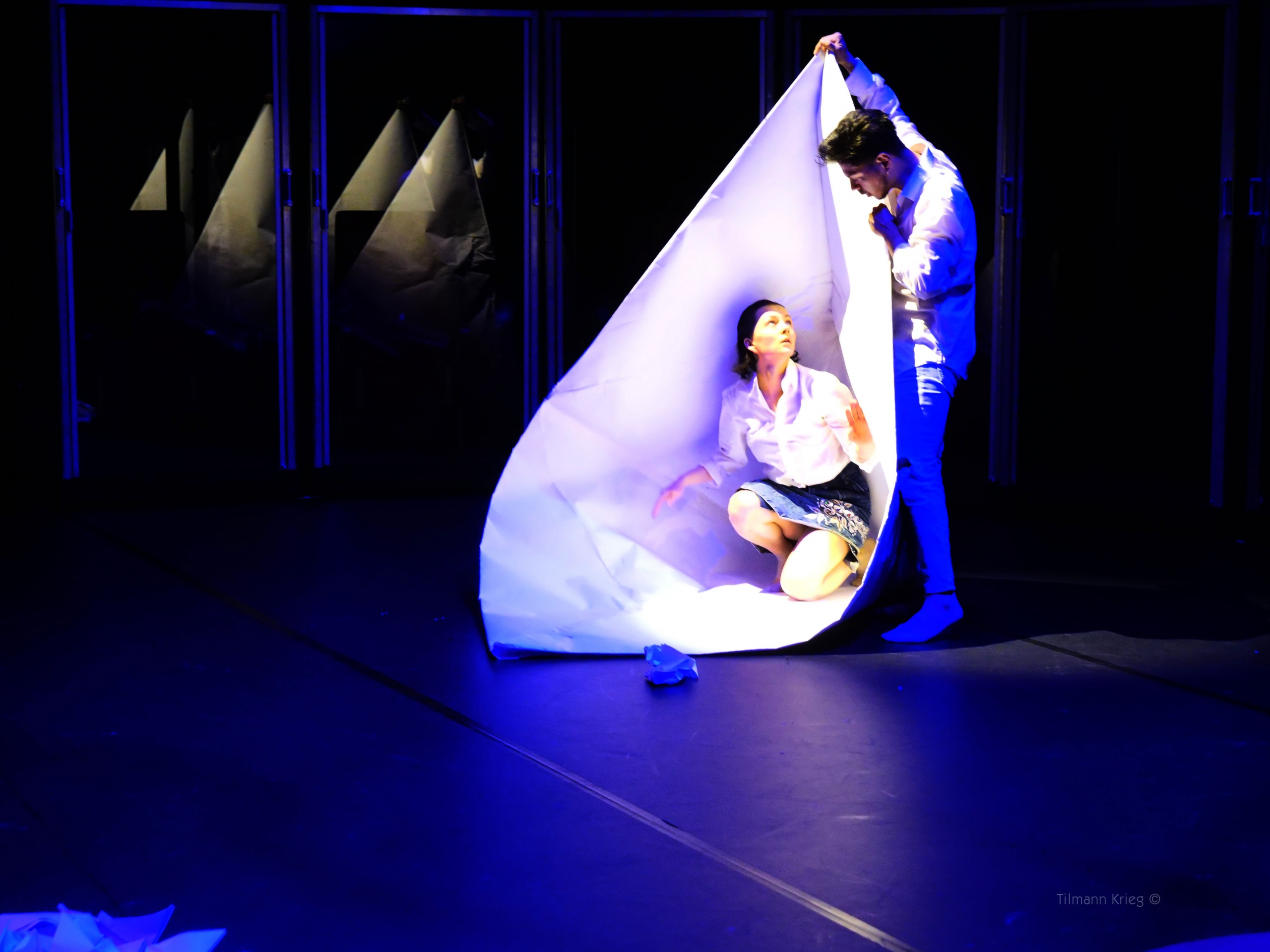 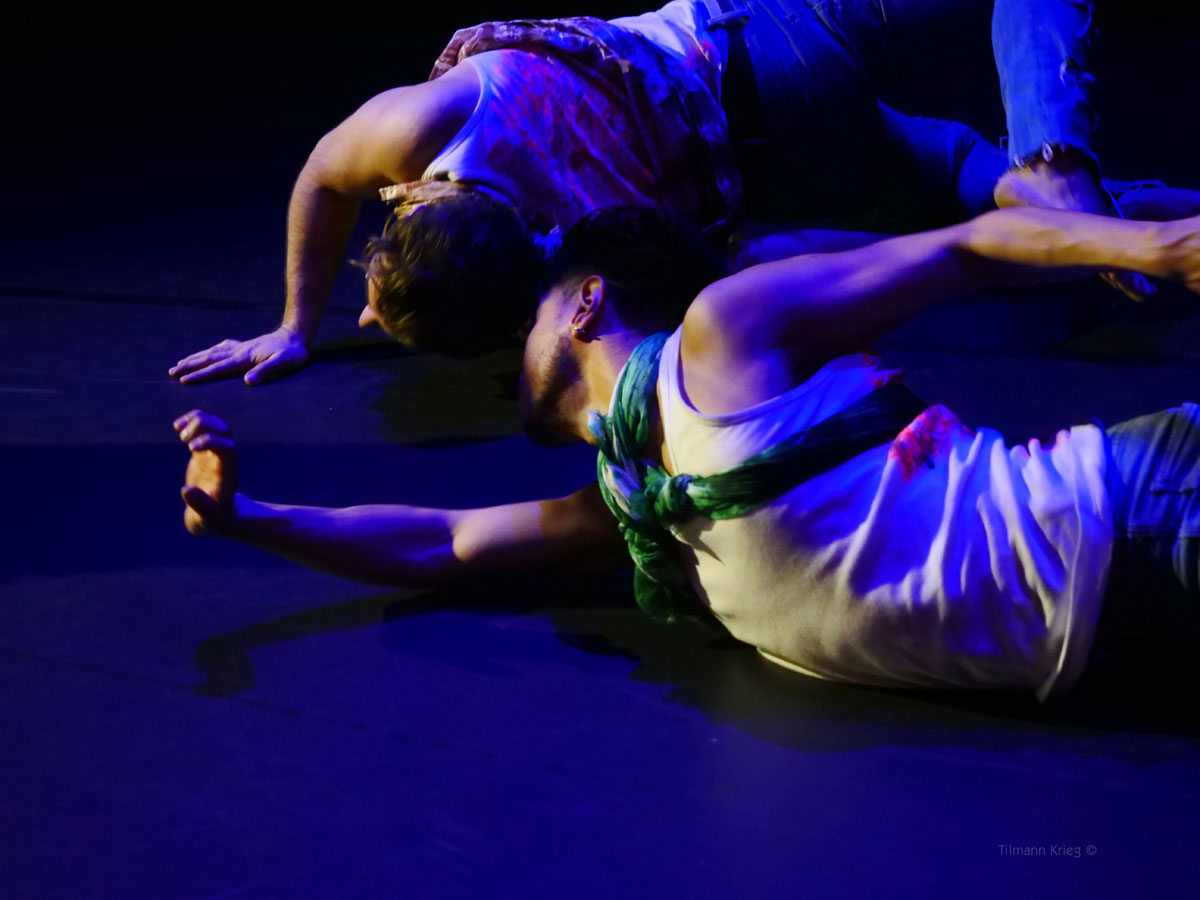 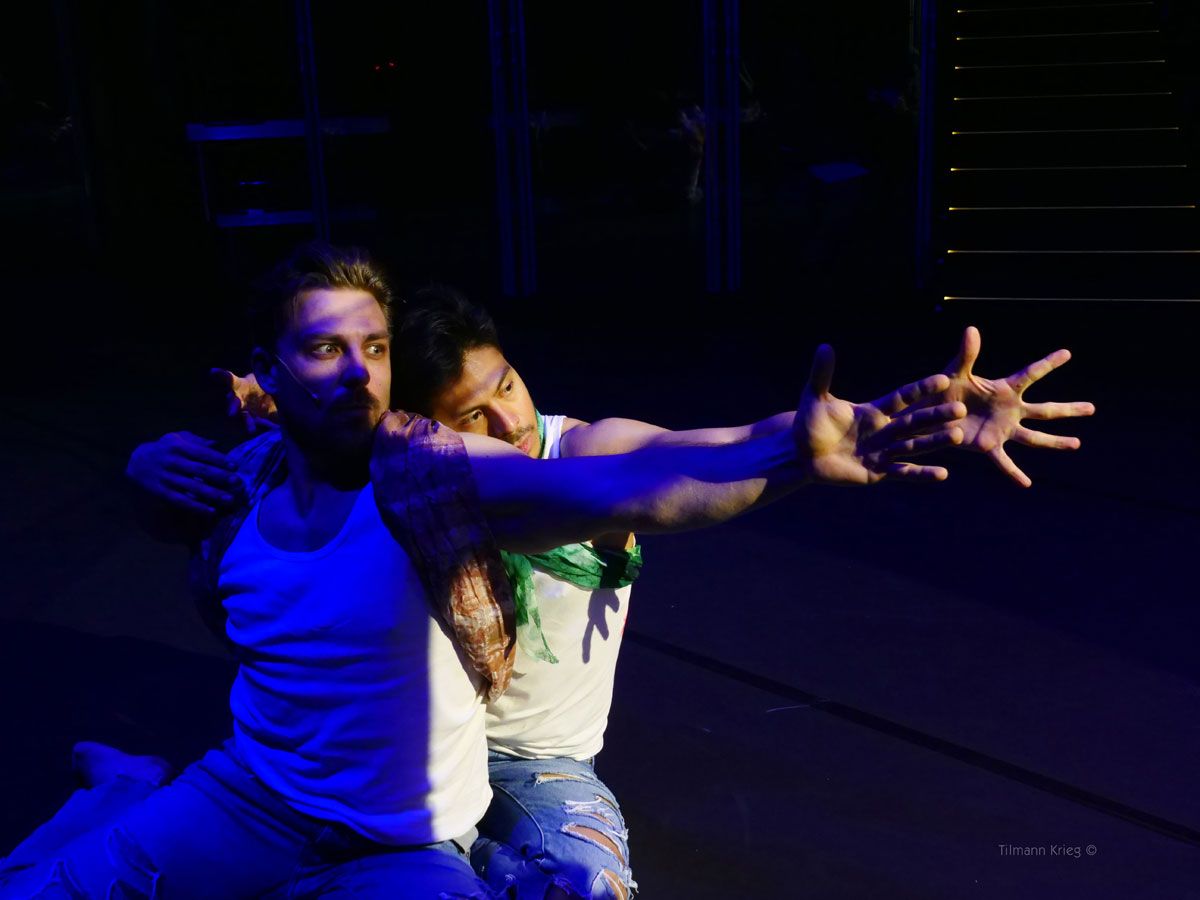 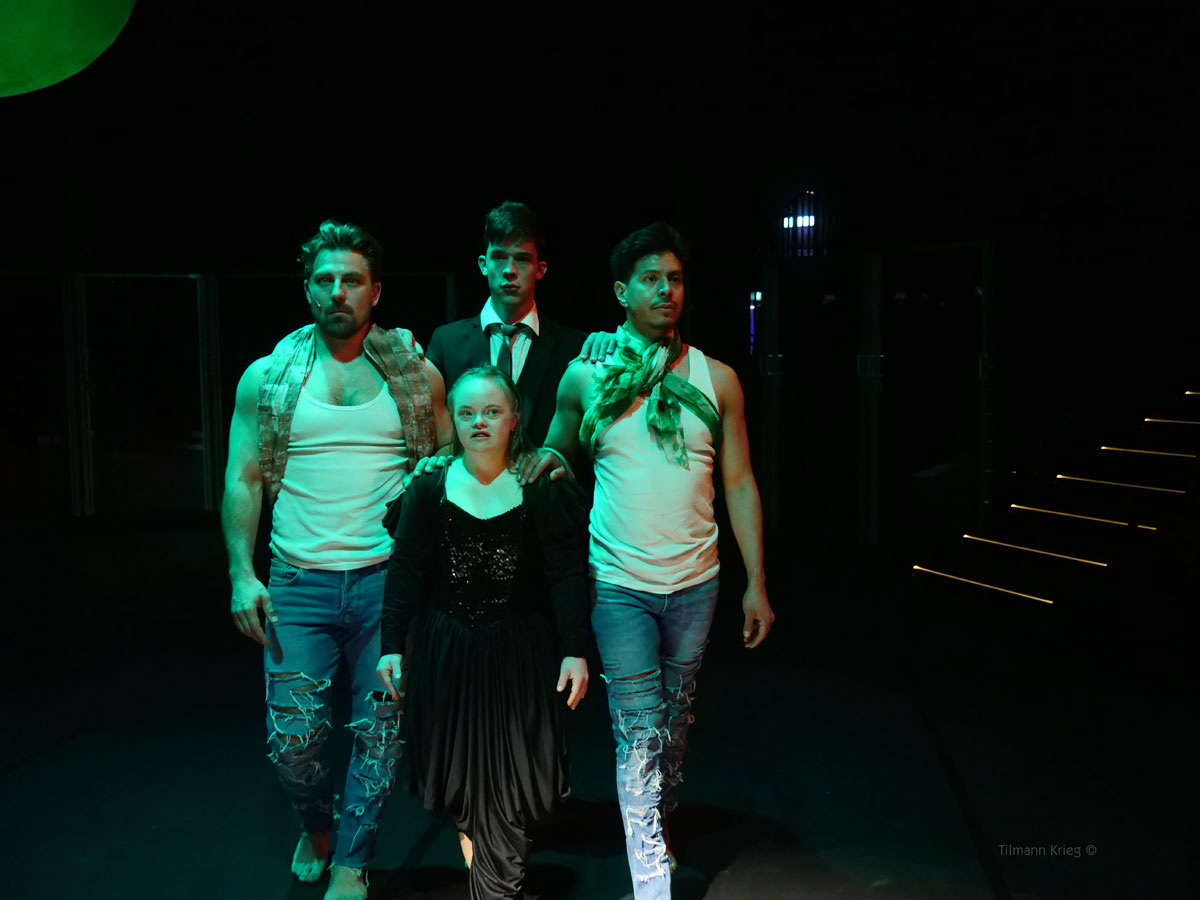 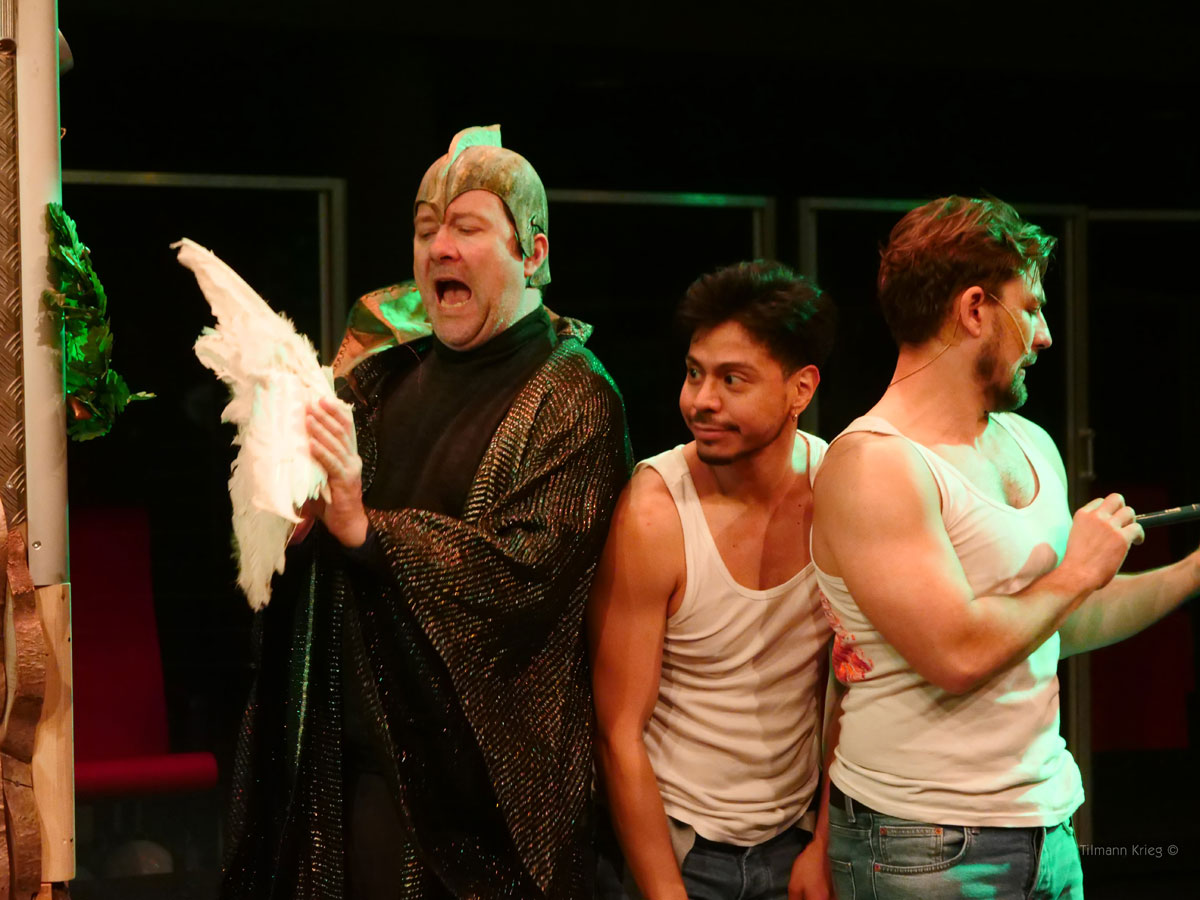 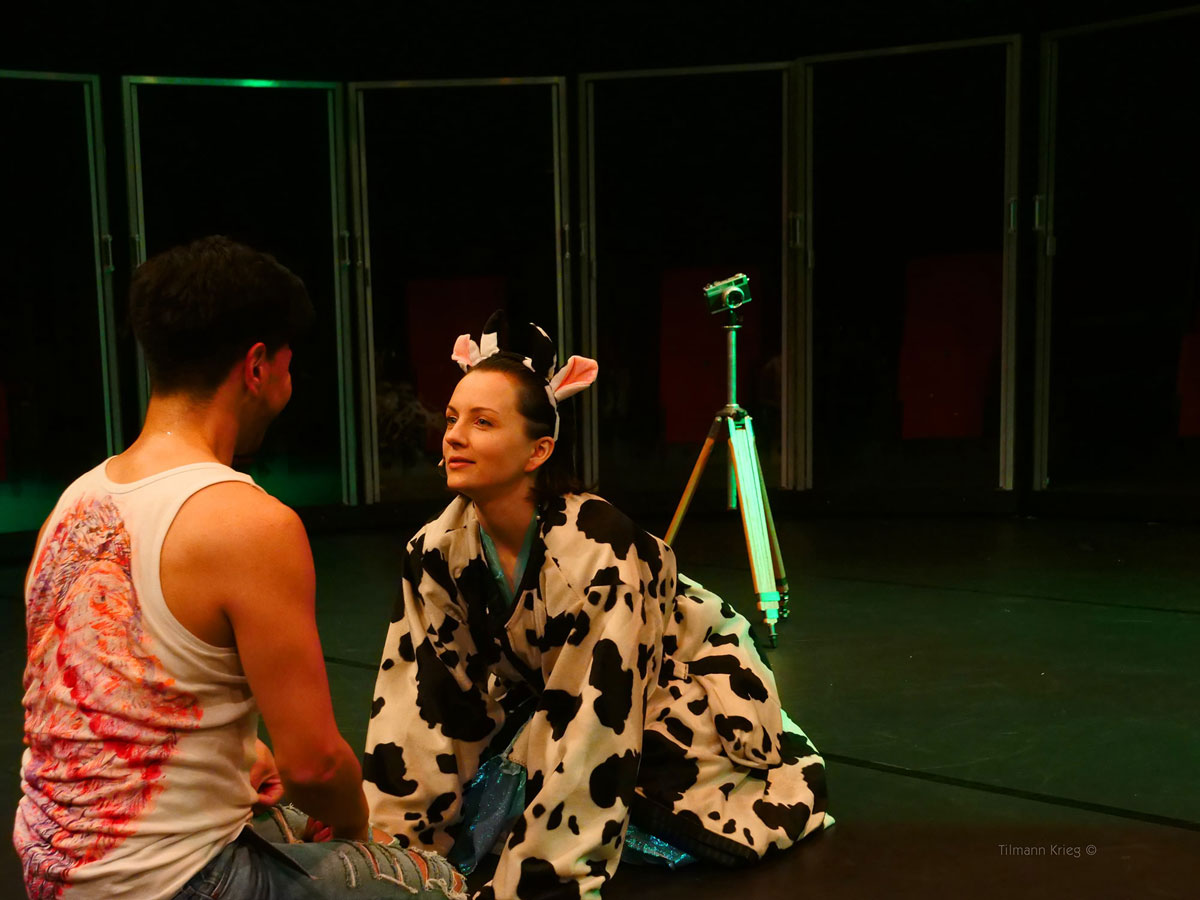 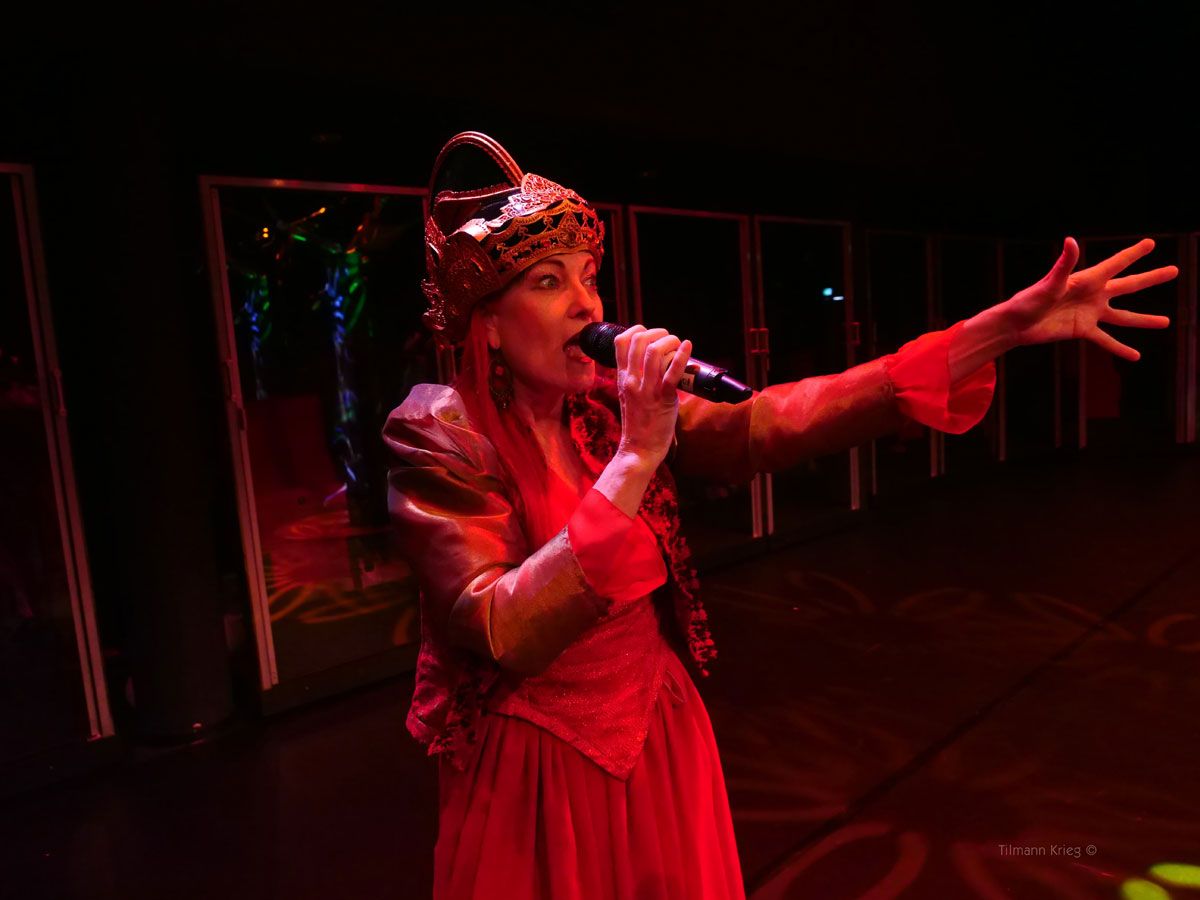 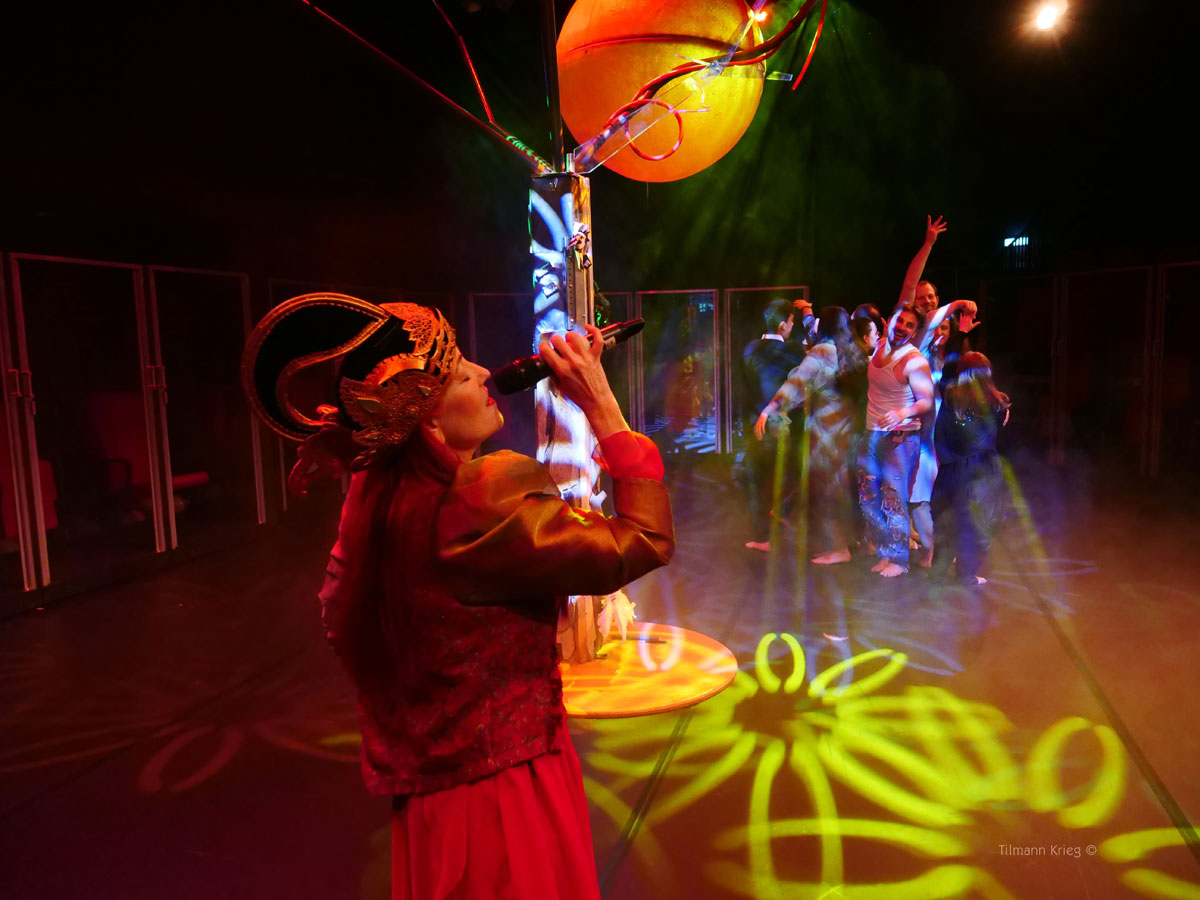 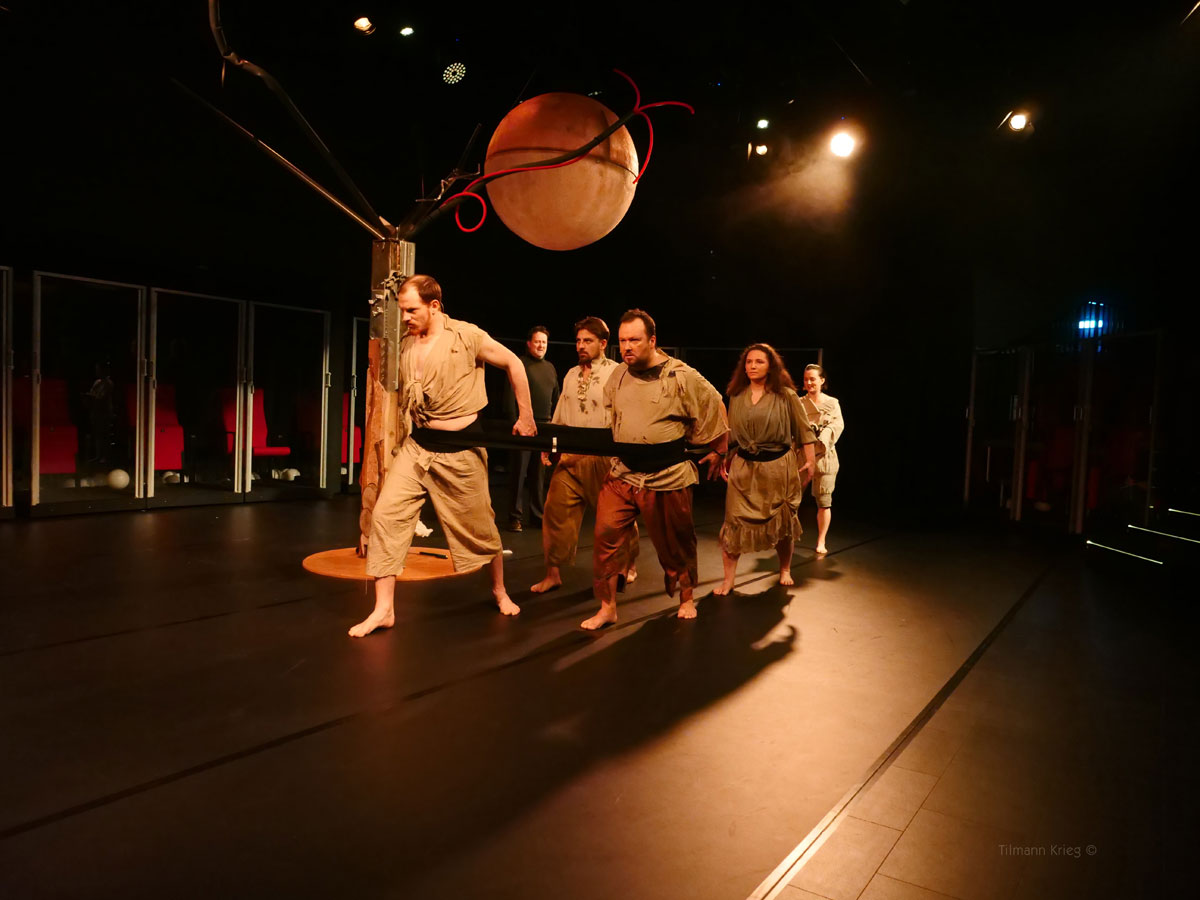 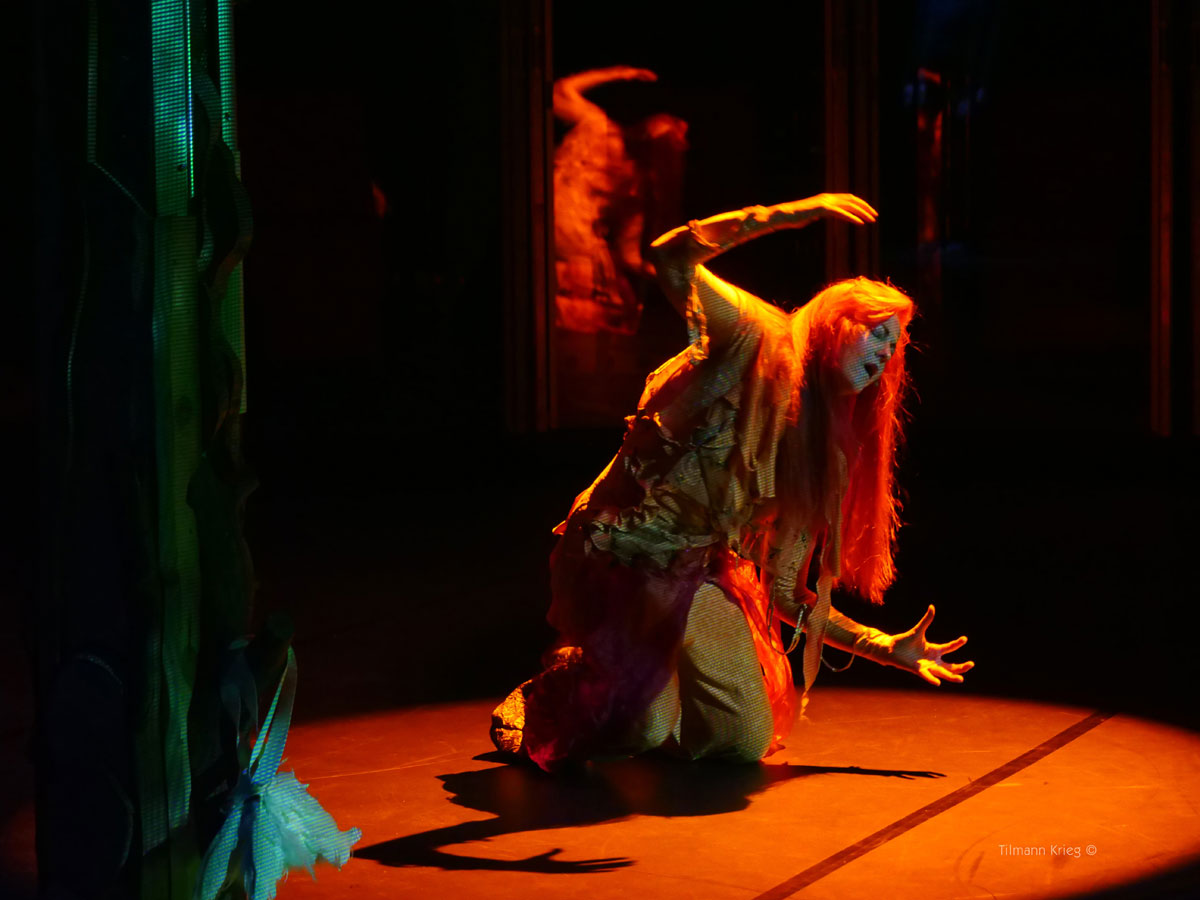