Opus Award 2019: Winners have been announced!

The "Opus – German Stage Prize" will be awarded once again this year to two projects: In the category "Theatre - artistic and technical realization," Opus awards the innovative stage play "Die Parallelwelt" (The Parallel Word). The winning project in the "Tour - Lighting Design" category is the "Woman Worldwide Tour" by the French band Justice.

Two stages in two theatres, two auditoriums in two different cities that pretend to be one. The play "The Parallel World" tells the story of a person from cradle to the grave. The stages present the plot in opposite directions (birth to death, death to birth). The storylines meet only once in the middle of the play. The two theatre groups face each other. This moment when the laws of nature goe crazy and our reality begins to waver.

Seven actors are on stage at Schauspiel Dortmund and seven at Berliner Ensemble. They are filmed and wear microphones. Movement and speech can thus be seen almost in real time on the screen in the other city. Beside the screen, visitors of the play follow the "real" events on "their" stage. Due to the delay of the transmission only being 0.3 seconds, the actors can act simultaneously from the beginning and interact with each other.

With this production, Kay Voges consistently follows the path he started down many years ago: He develops a new theatre language by letting modern media become part of the content and integrating them into the overall aesthetic.

The second Opus 2019 goes to Vincent Lerisson for the extraordinary and variable lighting design of the "Woman Worldwide Tour" of the French electric band ‘Justice’. Lerisson is a permanent member of the band as a lighting designer. 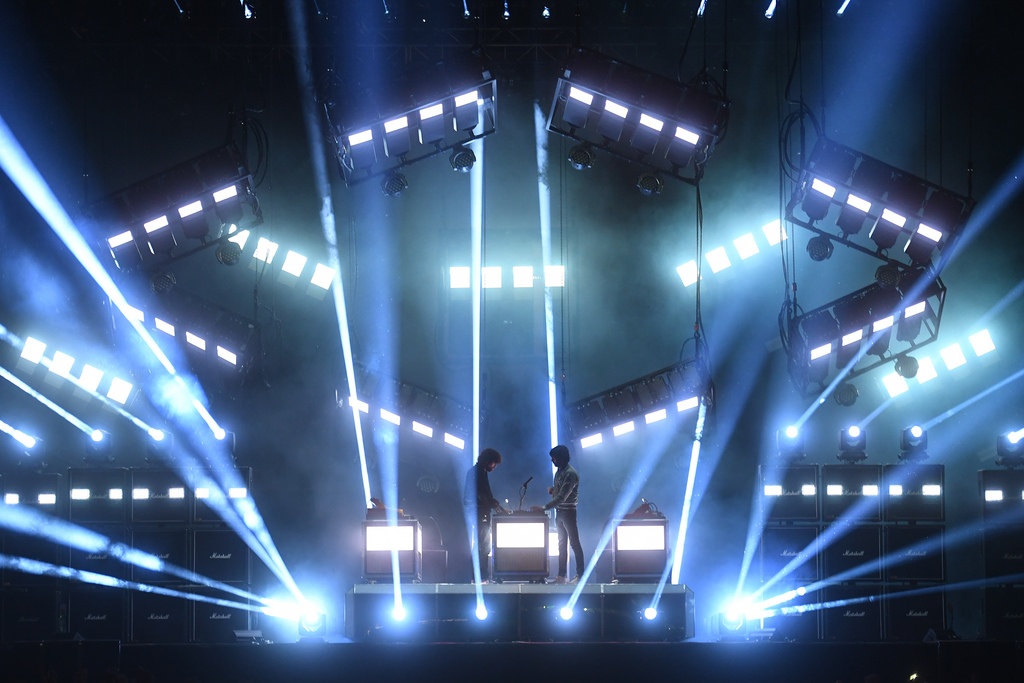 The show largely does without video content and relies more on the use of state-of-the-art technology: depth through street lighting and various levels in the roof as well as extremely precise timing. The impressive light show fuses perfectly with the played songs and the two artists. The special highlight of his stage design were the movable stage elements: Triangular buildings mounted on media spinners. On each of the three sides a mirror, Chromlech Elidy and a video surface with 6mm pixel pitch were mounted.

With the amplifier walls, the stage show offers further elements, more familiar from rock concerts, which optically widen the stage and surprisingly become light sources themselves in the course of the show. This makes the entire set design extremely efficient for the space used: it opens the room and frames the artists, who often appear like silhouettes in front of the Chromlech LEDs.

The "Woman Worldwide Tour" kicked off in Bogotá in March 2018. This was followed by appearances in over 20 countries on five continents.

The Opus Award is presented every year at Prolight + Sound, the international trade fair for technologies and services for entertainment, media and creative industries. Representatives of the Verband für Medien- und Veranstaltungstechnik e.V. (Association for Media and Event Technology – VPLT) and the European Association of Event Centres (EVVC) and industry experts, representatives of the trade press and Messe Frankfurt form the jury and board of trustees.

The honorary prize for special achievements in the field of theatre and stage production will be awarded during Prolight + Sound on 04 April 2019.