Jack White's Supply Chain Issues Tour is in full swing. The stage set, a virtual world of lights and architecturally placed LED screens, was designed by Matt Larivée of Lüz Studio. Using GLP's Hybrid Strobe and X4 Bar, the creative director created illusory 3D effects and a world all his own.

JDC1 to define the space and a stage on stage 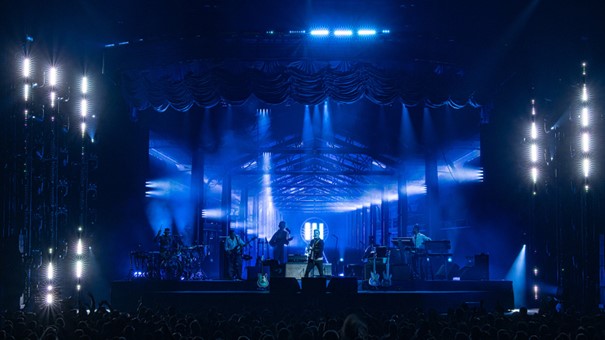 GLP Jack White TourIt's no surprise that Matt Larivée used 28 JDC1 hybrid strobes and twelve X4 Bar 20 laths, as well as 144 "virtual" X4 Bar 20s. The JDC1s from GLP, the manufacturer of high-quality, intelligent headlights, are among the Canadian's favourite lights for washing a band from the floor.

The JDC1 he was a first choice for defining the space and lighting the band with washes and strong tube effects.
Matt Larivée

The plan was to create a stage on a stage that would work for small theatre auditoriums as well as large arenas. At the same time, the idiosyncrasies of the artist had to be taken into account. Because Jack White tends to improvise. A prefabricated set list to which the lighting and sound technicians can orientate themselves during the show. Therefore, when planning the stage, it was very important to be close to the band. The idea of stage-on-stage was well suited for this.

First, however, the space had to be clearly defined - and this was achieved with a clever GLP illusion. On stage, there is a curtain surrounding the upstage and downstage, and a video screen that matches the width of the curtain. Since no random or flat images were to be used, the stage set had to be architecturally extended. At the same time, the image could not be pre-rendered, since it is a concert and has to be dynamic. For this reason, all the virtual volumetric lighting was created in CGI and integrated into the scene without intensity. The intensity and colour were controlled from the lighting desk.

Virtual lighting and a Hawaiian statue

The render-free lighting was created in Notch VFX and controlled from the Disguise gx 2c servers. It followed the lighting programming. New fixture profiles were created to resemble the original, using zoom but no tilt. For this, Larivée used wash lights and other ambient lighting. The main feature, however, was GLP's X4 Bar 20. GLP's LED Bar gives the lighting designer creative freedom - and that's exactly how Larivée used them.

They look like the real thing and are hung exactly as they would be in real life. The effects felt real because they were designed by lighting designers familiar with content production.
Matt Larivée 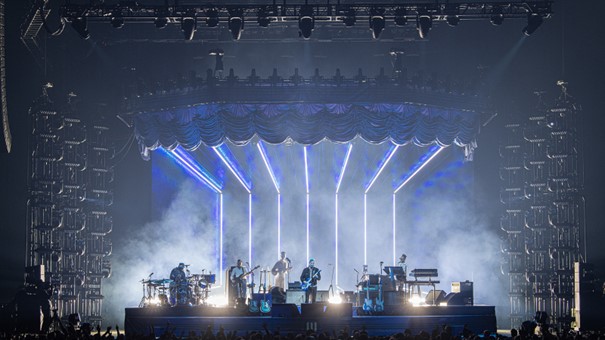 Jack White GLP TourThis form of virtual lighting is an art form by matt Larivée and Lüz Studio, he said. But this tour for White's "Supply Chain Issues" tour, which accompanied his fourth and fifth studio albums ("Fear of the Dawn" and "Entering Heaven Alive", respectively), required a lot of research and development.

For example, the 1.8m tall, white Hawaiian statue on stage. This is similar to the one Jack White used in his last music video. However, the idea of using excerpts of this statue in the video was quickly discarded and the statue was placed on stage instead. Inside the statue is a pedal board that controls the lighting. Depending on the song, the colour changes in harmony with the music -  red for White Stripes, green for The Raconteurs...

The GLP inventory supported the crew in the implementation of the innovative lighting concept and had fulfilled all expectations.

They're reliable lights, which is always reassuring for a road crew.
Matt Larivée

Matt Larivée and Jack White have already been working together for five years. They already designed the show together for his last tour in 2018 as well as for one of his side projects "The Raconteurs". Much of the creative input came from the artist himself. For example, the artist contributed the idea for the Hawaiian statue.