The concert tickets for the Rammstein Tour 2019 and 2020 were almost completely sold out a short time after their activation. Not without reason: When the German rock band performs live, the fans can expect a performance of visual and acoustic superlatives. On the current stadium tour through Europe there will also be a brilliant mixture of industrial action, outstanding lighting effects, video and spectacular pyrotechnics. The band relies on proven Robe equipment.

Lighting design on the Rammstein Tour

Rammstein worked for the first time with Roland Greil and Patrick Woodroffe from Woodroffe Bassett Design for the lighting, stage and video design as well as their technical integration on the concert stage. They used 56 ROBE BMFL WashBeams, twelve BMFL Follow Spot LT and six LEDBeam 150 Moving Lights.

The set design was done by Florian Wieder from wieder design and Cuno from Hahn. Jeremy Lloyd from Wonder Works was responsible for the technical aspects of the design and integration. Throughout the planning, Rammstein itself was very closely involved.

The integration of all light, sound and video effects into the set design required a high degree of exchange and close cooperation between the participants. The reward for these efforts was a coherent overall picture, which made the Rammstein concert a perfect all-round experience.

The 38 metre high central tower, including a central transparent video wall, also contributed to this. It can move up and down and consists of four vertical rails, each equipped with BMFL WashBeams and many strobes - all with individual weather protection.

The lighting designers chose these BMFL WashBeams because of their excellent brightness and versatility. They produce a strong backlight and can be used for beam effects as well as for highlighting individual parts of the set architecture.

To put Rammstein in the perfect spot on stage, the LEDBeam 150 Moving Lights were positioned directly above the band on the roof surface. Their advantages: They are compact, bright and equipped with a great zoom. These and the 996 other positions in the rig were chosen because they were "the right spotlights for the job, combined with reliability and availability," says Roland Greil.

The BMFL Follow Spot LTs positioned on the FOH delay towers have been specially developed for long distance applications. They can be remote controlled during the live show by a Follow-Me system.

According to Greil, the biggest challenge for the lighting was to "deal with the complexity and scope of the show". He stresses the importance of having "a really great team" on board to achieve the spectacular results everyone is talking about.
"It was a pleasure to be part of this show in detail," Greil said. "We had the freedom to produce something unique and spectacular, and that's what we did." 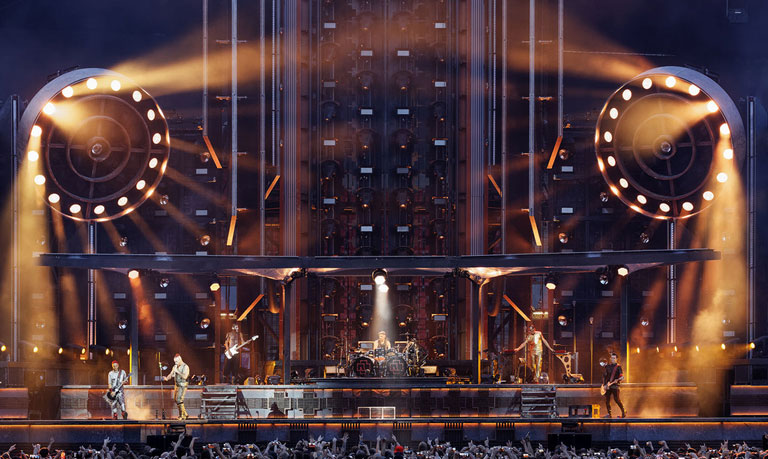 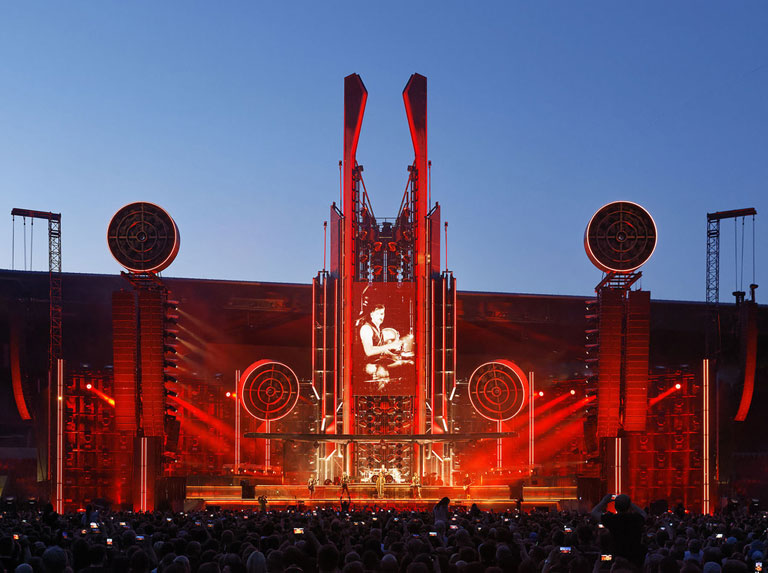 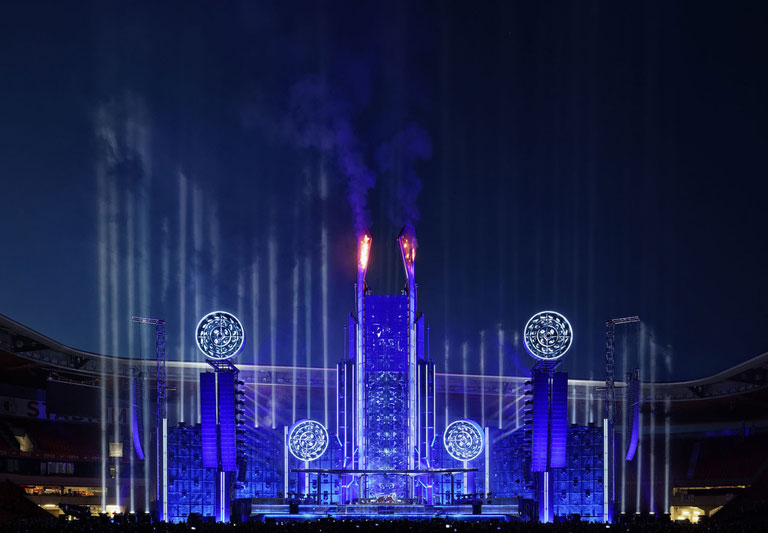