Robe is Looking for Germany’s Superstar

Analogous to American Idol, Deutschland sucht den Superstar (or “DSDS”) has been a constant hit on German television for the last 15 years. Dieter Bohlen and his more or less talented casting show stars entertain an audience of millions in primetime slots. And the Czech lighting manufacturer Robe has been providing the spotlights for the TV production for over ten years.

“They are small, bright and quick” 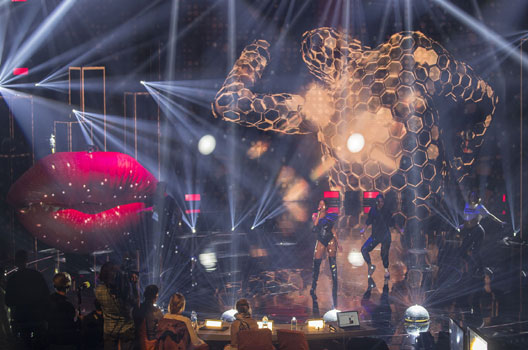 This year’s iteration of DSDS – by now the 15th edition of the casting show – there were over 100 Robe Pointes put to use as well as a Robe RoboSpot System for the very first time. Lighting designers Manuel da Costa and Jonas König from MDC Lightgestalten, which has been responsible for the light show since 2002, have been using moving lights from Robe for the successful operation for over 10 years. In the beginning it was mostly the ColorSpot 1200E AT. By now, da Costa loves utilizing Robe Pointes because their brightness and multifunctionality make them perfectly suited for the show.

Manuela da Costa explained why she loves to use the Pointes: “They are small, bright, quick, and that’s what makes them excellent for this kind of show. And although I’ve already been using them for quite some time for this kind of show, I still haven’t run out of modes, effects, and color combinations, just like the ideas of how I can used them to create fresh looks,” The spotlights are perfectly suited for music TV shows. “They are simply a great key light.” 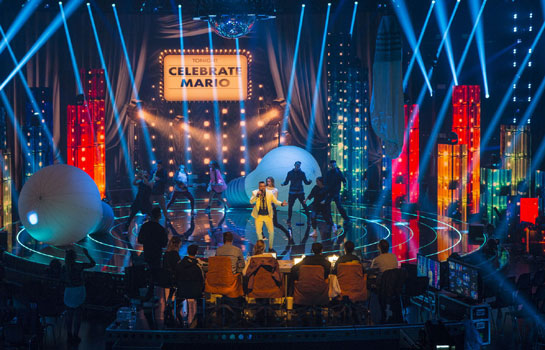 The greatest challenge with a show like DSDS is the changing sets, which have to fit every individual artist and an entire spectrum of musical genres. That’s why the spots and the rig have to be as flexible as possible. So it’s no surprise that Manuel da Costa chose a large supply of Pointes in the rig.

The lighting designer also utilized a Robe RoboSpot system for the first time. The BaseStation controls a BMFL Follow Spot in the middle of the stage, which functions as an important background lighting for silhouettes and other emotive looks.