Germany has been reunited for 30 years. It is quite clear that this important event had to be duly celebrated. On November 9th, a giant party with an expressive light-technical staging started at the Brandenburg Gate in Berlin.

"The Martin VDO Atomic™ Dot CLD and Martin MAC Allure™ have impressed us right from the start," said Erdmann about the use of the selected lighting technology. "The Atomic Dots were used on the inside of the dome, creating an impressive three-dimensionality. In combination with the video image projected onto the front, this constellation created a unique look. The MAC Allure perfectly completed the overall picture and gave us the opportunity to try out new effect approaches. Here the possibility of video mapping on a spotlight stood out in particular."

Light design for any weather

Since bad weather conditions were to be expected in November, the designers needed outdoor-capable spotlights. Erdmann and his team found what they were looking for at Ayrton Perseo. "During the production, which took place in the Globus as the central stage element in front of the Brandenburg Gate, we made particular use of the function of the shutter sliders and were able to guarantee precise illumination of the actors without impairing the video projection."

The Berlin Staatskapelle played a concert on the "South Stage" in front of the Brandenburg Gate and various speeches were made. There the lighting designers used the Portman P1 Mini LED. "I am a big fan of the Portman spotlights because of their valuable appearance. Although you meet them often in the meantime, they still inspire me again and again. In addition to the great warm white light, I can also use the colorful aura effect in this version, which offers me versatile design options," Erdmann continues. 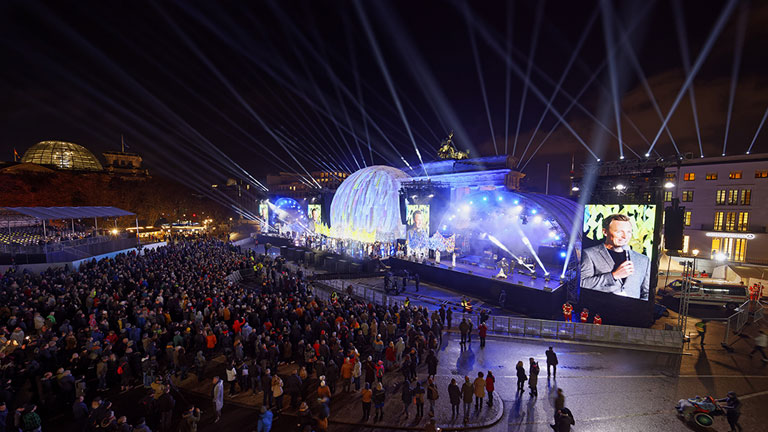 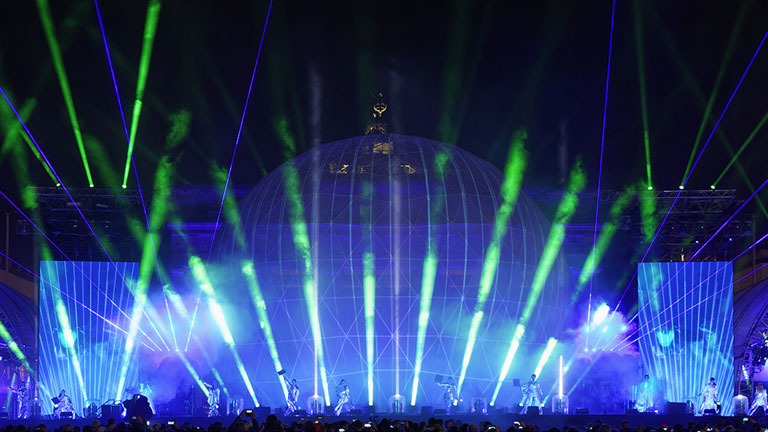 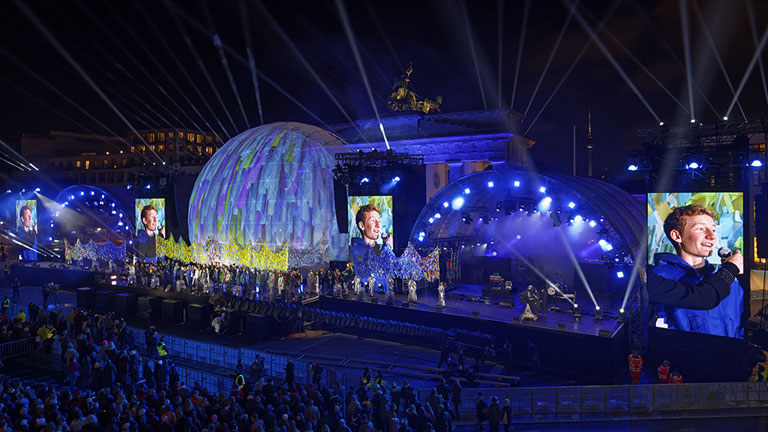