Gerriets: “The greatest key to the federal government is for our employees”

With the ProStage area, Prolight + Sound is strengthening the theatre and stage sector this year. One of the best-known exhibitors in this area is the family-run company Gerriets, which has been on the market for 74 years. Founded in the post-war period when the demand for textiles of all kinds was particularly high, the traditional company has developed into a global player in the theatre industry. In the meantime, Gerriets has subsidiaries and sales partners in 19 countries and is a world leader in the development and production of projection screens and fabrics for theatres, concerts and special events.

The company, based in Umkirch near Freiburg, is also traditionally represented at Prolight + Sound. Andreas Gause, Head of Marketing and Key Account Management at Gerriets GmbH, talks in an interview about the "bunch of keys" to success, the potential of the sector and what visitors to Prolight + Sound can expect from Gerriets.

1. 74 years of company history, worldwide partners and your company is growing steadily. What is your key to success? 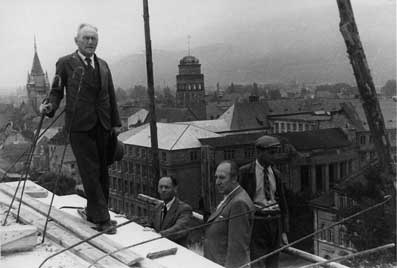 1949: Reconstruction of the Freiburg Theater under the construction management of Hans Gerriets, the founder of the textile wholesaler "Gerriets"

There is not one key to success, to stick to the terminology, but rather a large bunch of keys. The biggest key on the bunch stands for our employees, team spirit, working atmosphere and motivation. This, combined with the high level of education of our employees, results in the reliability and commitment for which we are known. Other important keys are our quality, our willingness to innovate, our knowledge advantage, our delivery reliability and our competence in handling large and complex projects.

It is also very important to have the right "nose" to appear on the market at the right time with the right products. 40 years ago, we were the first to build our own looms for wide cotton fabrics up to 12.00 m wide; we were the first to use projection films of our OPERA® films on opera and theatre stages. And we were the first to introduce sound curtains for the stage 50 years ago and more than 10 years ago special OFFICE sound curtains for offices as real innovations on the market.
Last but not least, we are still a family business. Not profit maximization is our ultimate goal, but a sustainable sales with satisfied customers and satisfied employees.

2. How has the industry changed since you started production? 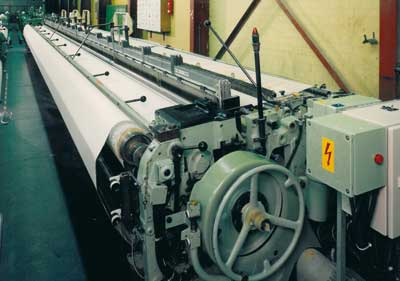 Milestone at Gerriets 1985: Acquisition of own looms for fabrics up to 12.45 m width

Since Gerriets was founded in 1946, the description of the change in this period could fill a whole book. Here are just a few key points: Transparency of the markets through globalization, growth of digital purchasing behavior, fast order processing, price sensitivity with increased quality awareness, influence of events through international technological advances.

3. What potential is still available in this area?

At the moment, we are also the innovation leader in this field with our 3D projection screen and our INVISCREEN®, a completely transparent projection foil. Augmented Reality (AR) and Virtual Reality (VR) are important topics in today's world. VR is less interesting for us - the topic of AR all the more so when the real world mixes with digital content in productions of events or on the opera stage. In Japan, for example, we had a production in which a singer who died 30 years ago was projected onto the stage as a hologram.

Then there are areas that have existed for a long time, which can be completely redesigned with newly developed products. For example, our heavy-duty rail system CARGO, which works both for the exact movement of moving lights or LED walls, and as a load bar profile for complete theatre and opera stages. Recently, the Chemnitz Theatre has installed almost 800 meters of this rail profile, including an extensive range of accessories, is installed in the upper machinery.

The environment in the form of resource-saving production and manufacturing of textiles, projection films and technical equipment is also a major issue for us and will continue to be a major concern in the coming years. Only a production designed for sustainability will be sustainable in the future.

We could list many more potentials - but this would go beyond the scope of this report. The most important thing is to recognize potential and, as already mentioned, to find the right product for
to be present on the market at the right time.

4. You have been taking part in Prolight + Sound as an exhibitor for several years now. Why?

For some years now, it has been nicely formulated. We have been an integral part of Prolight + Sound in Frankfurt as exhibitors and supporters since 1984. There are only a few trade fairs in the world that are of such importance to us. Originally, Prolight + Sound was mainly important for the event and meeting industry. In the meantime, in addition to its increasingly international orientation, we are pleased to see more and more customers from the theatre and opera sector.

5. with regard to Prolight + Sound 2020: Can you give visitors a small foretaste of what to expect? 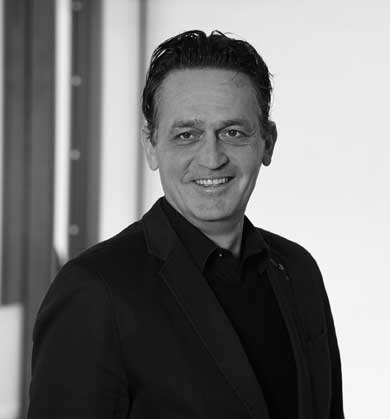 In addition to our standard articles, which have some interesting new features and improvements, we will focus on "visual effects", especially in the area of projection, and show our highly transparent projection film INVISCREEN® in an exciting installation. In the area of technology we will use our MLD Moving-Light-Drive rail system for precise and
collision-proof procedure of moving lights and LED walls, as well as the already mentioned CARGO track profile.

In any case, we are already looking forward to the Prolight + Sound and to many interesting discussions.

We would like to take this opportunity to give our

Your benefits of being an exhibitor at @pls_frankf

#Repost @messefrankfurtindia ... Even as online so