For many fans, an Ed Sheeran concert is an extraordinary event. The British singer-songwriter regularly draws over a hundred thousand fans to his concerts. The biggest concert in Europe on his current tour was at the end of July at the trotting course in Hamburg’s Bahrenfeld district. The logistical effort was immense: using 60 truckloads of equipment, infrastructure service provider eps transformed the trotting course into a concert location for an audience of 85,000. 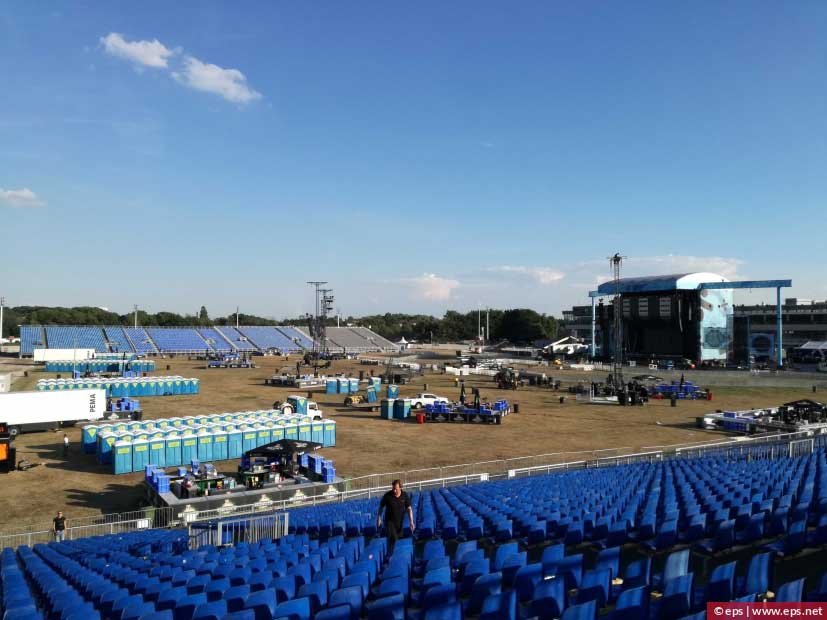 “The complete set-up on the trotting course in Hamburg started ten days before the concert. 28 truckloads were needed for the transport of ground and turf protection systems, barriers, and other infrastructure, 32 more delivered the mobile stands,” explained Matthias Schatz, eps project manager for the Ed Sheeran concert in Hamburg.

In order to protect the grounds, eps laid heavy transport area panels in the size of a football field. At 8,000 square meters, the panels were spread out for deliveries, logistics spaces, ditch covers for emergency exits as well as packing for stands. This was joined by pedestrian bridges on the three entries, the logistics areas around the delay towers, as well as the emergency paths as well as 3,400 square meters from turf protection system eps Pro.

In addition to the enormous material effort, the summer temperatures and the grounds placed demands on the construction of the concert venue. Matthias Schatz’ team had to “deal with high summer temperatures beyond the 30 C mark as well as numerous spots of unevenness on the turf.” 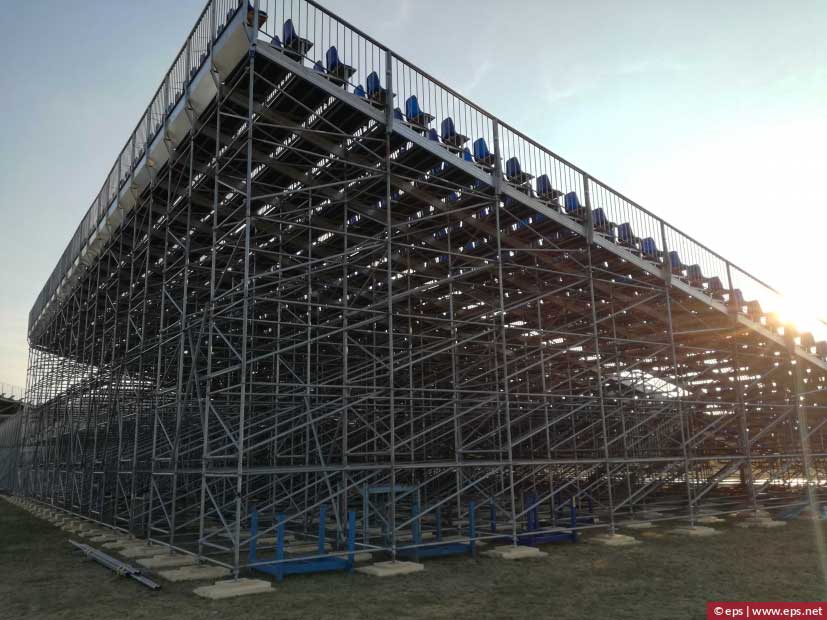 The unevenness on the grounds as well as the “enormous height differences in the areas of exits and stands,” presented the stands team with “a particular challenge,” emphasized Robin Steffen eps manager for stands. His team, made up of eight stand construction experts, had to even out the spots within five days and set up eight sections of stands with about 17,000 seats.

However, the people at eps have experience with the realization of such large projects. In past years, the infrastructure service provider organized the Rolling Stones concert in the Hamburg city park with an audience of more than 82,000.