Cancellation Or Empty Hall – Which Is Cheaper?

In the summer of 2022, major concerts and music festivals were still taking place almost daily. Many postponed concerts from the two Corona summers had to be made up, new tours took place. Due to the energy crisis and the aftermath of the lockdown, the event industry continues to struggle with crisis.

Bigger bands like Rammstein or Depeche Mode have not yet noticed the Corona or energy crisis. Their concerts are often sold out within hours. Smaller, but no less well-known bands like Revolverheld, for example, are already having greater problems getting the halls full. Often you can even still buy tickets at the box office.

A cancelled tour quickly costs up to 30 million euros

The uncertainty of the pandemic, whether visitors will be able to take part in the booked event or whether they will have to stay home at short notice because they are ill, does not make things any easier for the organisers at the moment.

Bands and promoters are faced with the risk of having to cancel entire tours because advance sales cannot guarantee adequate planning and financial security. A tour that does not take place can quickly cost 20 to 30 million euros. This causes some artists to go on tour anyway and play in front of a not sold-out house, even if it entails losses. Others play despite a 50 per cent capacity and end up paying more. At the end of the day, you calculate what is cheaper, cancellation or a half-full hall. 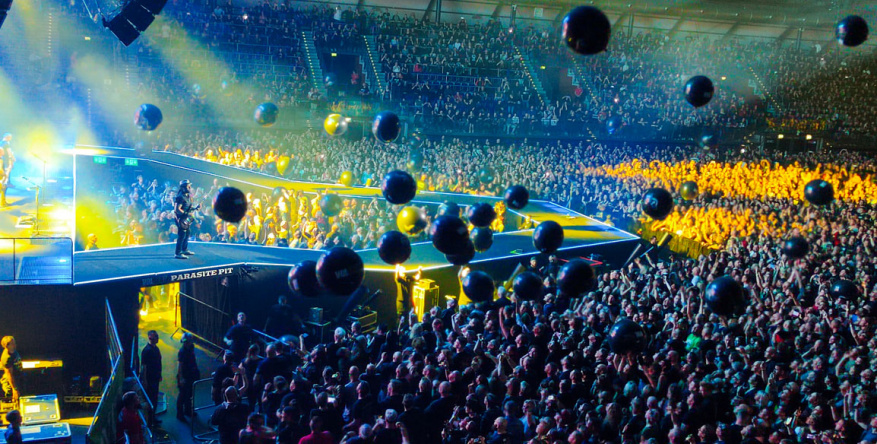 Not only live concerts are affected by this, but also the number of spectators in cinemas and at sporting events is currently declining.

Even events from 2019 that are now being made up and sold out are bringing losses, as costs have risen sharply since then.

With inflation currently on the rise, it will also be relevant in the future whether audiences can and want to continue to afford a ticket.

How can the industry be helped?

With a letter to the federal government, the industry has now spoken up and wants to convince the government, among other things, that the electricity price brake for companies will already apply from January 2023. In addition, the aid from the special fund for cultural events amounting to 1.8 billion euros, which has not yet been fully called up, should still be released. In addition, the support programme for the sector is to be extended beyond 30 June 2023.

Nine-euro ticket not only on the railways

Similar to public transport, visitors to the Hagen Theatre can watch as many performances as they want for nine euros a month until the end of the year. The aim is to increase the capacity utilisation of the theatre halls again and possibly attract new spectators. This way, seats are also used that would remain empty without the low-priced ticket.

Other countries are less restrained

In neighbouring European countries, the restraint is no longer as great as in Germany, where big shows are already being played again.

In Germany, this only works for shows for the younger, more carefree audience. Older visitors are much more reluctant to buy tickets here. The reintroduction of compulsory masks is also expected, which restricts a casual visit for many visitors.