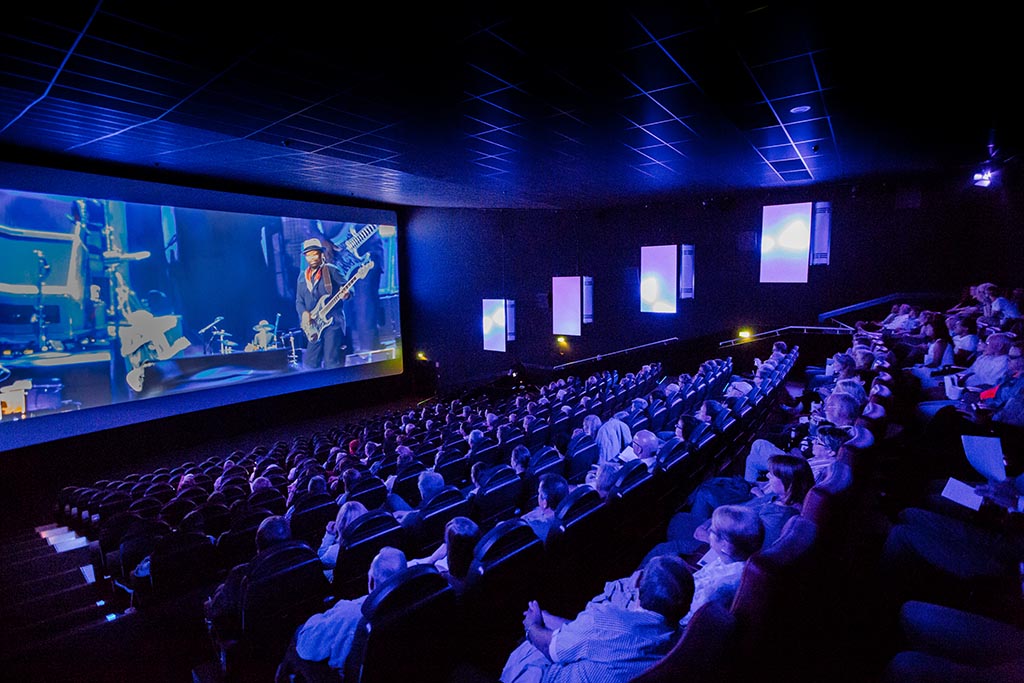 Kinowelt Ruhr Park is a cutting-edge Odeon UCI Cinemas Group property in Bochum in Germany’s Ruhr Valley region. No tickets were sold for the premiere special event: instead, a few lucky fans had a chance to win tickets and join members of the cinema and media branches who were invited to take a closer look at the new technology and see it in action before discussing the potential benefits. These innovations have only one aim in mind: increase viewer pleasure. Odeon UCI Cinemas Group is a world leader in the cinema business, and is the first cinema chain to test Philips LightVibes on a live audience.

LightVibes creates subtle yet atmospheric lighting effects that occupy the cinemagoer’s peripheral vision and make the cinema experience more intense and immersive. Static lighting, as in a standard cinema hall, is retained; but it is the dynamic content that impresses, whether in concert footage, other live events, films, trailers, or even just the ads.

LightVibes increases the potential range of content that can make a successful impression in a cinema environment, with creatives and film producers set to benefit from a new way to extend the action into the auditorium. Interesting times lay ahead for cinema lighting with LightVibes.