Mystic stage imagery, atmospheric concert appearances, and scary ghost trains, all of them frequently thank their special effects to the use of fog machines. The die Ultratec special effects GmbH can be named as one of the leading producers in this field. In 2018, the American company was represented at Prolight + Sound for the 10th time and had brought several innovations along. We have gathered several impressions and products for you here. 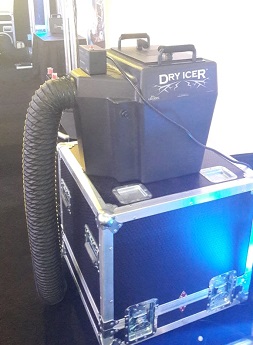 Whether wind machines like the TURBO FAN or snow machines like the TURBO FAN Snow Machine, the selection of special effects is quite large with Ultratec. The fog machines are one of the company’s most popular products. Whether low-level fog or fog curtains, customers can apply various realization possibilities here. Everyone profits, rom fun parks to theater to stage as well as scary productions, stated Marnie Styles, company vice president.

"Because the fog machines can be expanded as needed with hoses and various attachments, our customers really value the flexibility of the device. Events of various sizes and types – from haunted houses to big concerts – have been realized with the fog machines," notes Marnie Styles.

The fog can be generated in two different ways: with the help of dry ice pellets or specially developed fog fluid. The first method enables short, sensational low-lying effects, and these types of devices are the less expensive variant for fog production. In contrast, the so-called Premium Ultratec fog fluid was calibrated precisely for use in fog machines by Ultratec. They are primarily suited for use on the live stage because they correspond to the standards for theatrical fog. This way the devices not only work reliably, but also create fascinating fog effects. 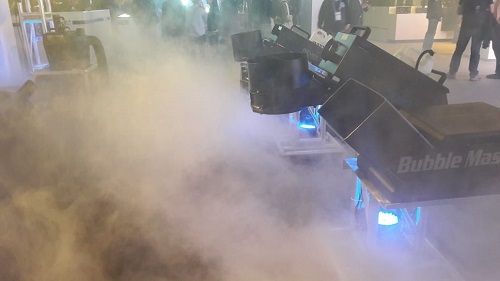 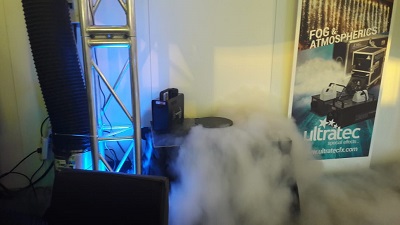 Data for Dry Icer:
Stainless steel housing and basket for the dry ice
Capacity for 20 lbs of dry ice
automatic turn off when fluid level too low
low-lying fog for up to five minutes
cost efficient system