Technology of the Stars: Bosse’s “Cranes” Fly with ROBE 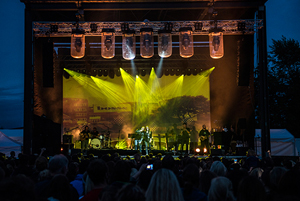 Summertime is festival time – especially for singer-songwriter Aki Bosse from Braunschweig. Whether at Hurricane, Southside, or Kosmonaut Festivals – he’s getting fans in the mood with songs like “Schönste Zeit” (Most Beautiful Time), “So oder So” (Either Way), and “Kraniche” (Cranes). Yet these festivals were only the overture for the musician, before departing on his first ‘Open Air’ tour of Germany. And he was accompanied by some first-rate gear by ROBE and High End Systems (HES).

The open air concerts created a whole new series of demands and challenges for the project – the number and type of spots suitable for indoor use had to be adapted to the new environment. The complex video of numerous objects that was played alongside individual mixes was changed to one large projection. With the help of LightConverse visualisation software, Glatthor was able to reprogram the show (which was designed by Stephan Aue), and the rehearsal worked flawlessly. The ease of use and extreme compactness offered by the Road Hog proved to be an indispensable bonus, both in pre-programming and in use on location.

Visitors to Prolight + Sound 2014 were able to see what ROBE and HES equipment has to offer for themselves, as the manufacturers introduced their latest models. If you couldn’t be there, then put 15.04.2015-18.04.2015 in your calendar now – or book a ticket for one of the dates on Bosse’s ‘Kraniche’ tour. 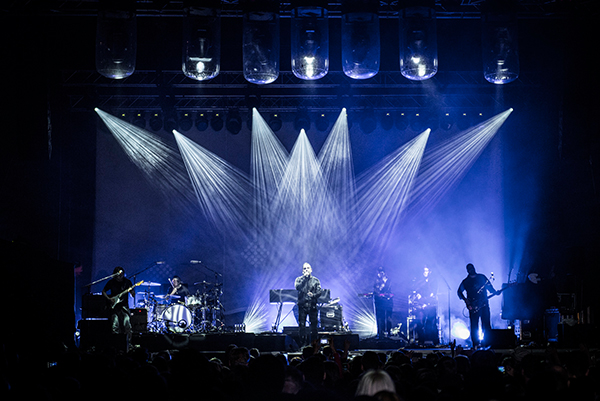