The Hamburg Elbharmonie is expanding its set of moving lights. Convinced by the JB-Lighting P18 MK2 Profile HC, the technical team now relies on its little brother, the Spotlight P12.

P18 MK2 Profile HC: One for everything 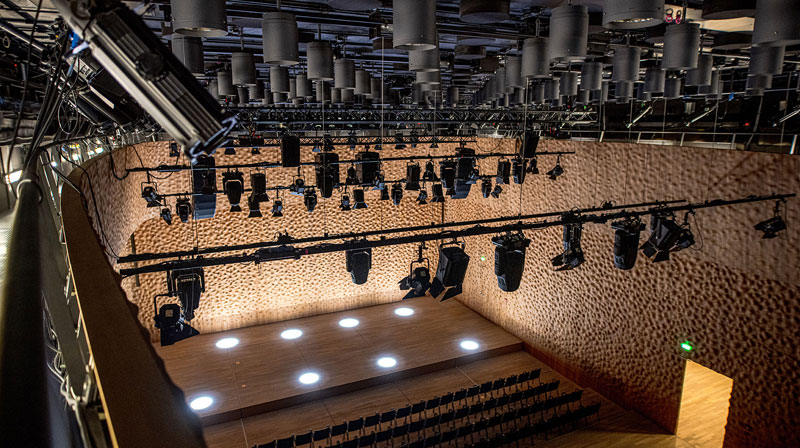 The decisive factor for equipping the Elbe Philharmonic Hall on the brick base of the former Kaispeicher A warehouse at the Port of Hamburg for its opening was the requirement to be able to stage not only orchestras and operas, but also world and pop music as well as TV productions with just one lighting fixture. This task required the lighting technology to be as quiet as possible, but with high performance and extensive features. In addition, the new LED luminaire had to be able to be fully integrated into the existing halogen lighting in the stage area, according to Matthias Baumgartner, who is also a master event technician on the Elbphilharmonie team.

For this reason, the Elbharmonie had already opted for the P18 MK2 Profile HC from JB-Lighting before the opening. The Profile spot closes the gap between the production requirements in the area of classical versus pop and rock events. 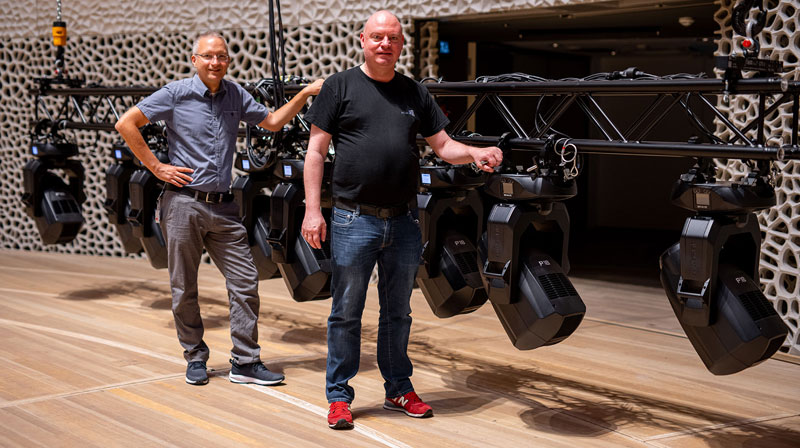 JB-Lighting's moving lights once again impressed with a reduced noise level despite a significant increase in performance in the MK2 version with the same design.

"We found that even small details were well thought out during the development: an almost inaudible reset, which does not exist elsewhere in the market environment, and finally the integrated carrying handles on the lightbars, which make handling much easier," explains Mike Neumann, master event technician and technical project manager.

The moving head's speed of movement was also a reason for the decision. Matthias Baumgartner explains, "Passively cooled systems don't come close to the pan/tilt speeds of the P18 MK2."

At the same time, positional accuracy is ensured despite the speed when changing positions - and this is virtually inaudible. German support with short delivery routes and appropriate production training round out the package, according to the Elbphilharmonie team.

"So it made sense to choose the P18 MK2's little brother as the ideal complement for smaller venues, namely the P12," Mike and Matthias agreed. 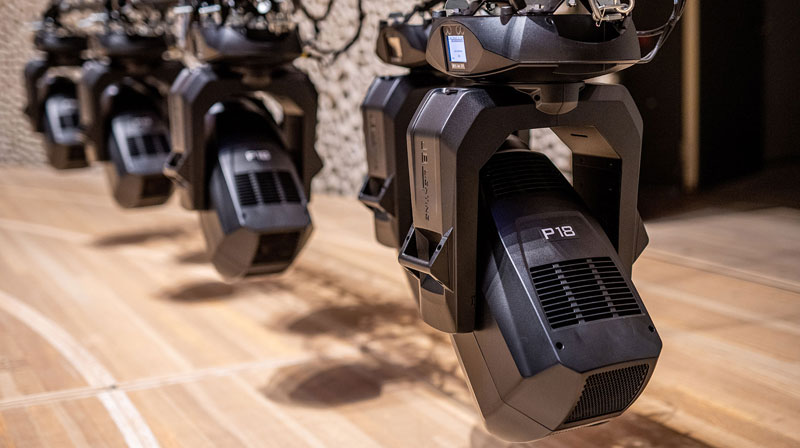 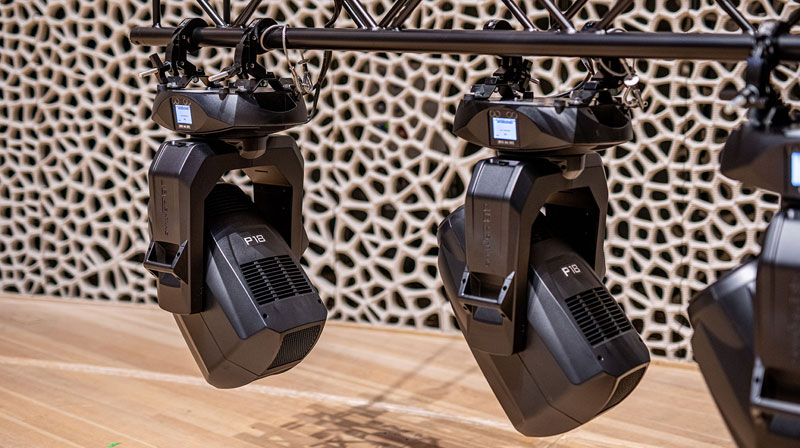 Performances of the P18