The ADJ Group stands for excellent products and solutions for big stages and successful clubs. The moving head Vizi CMY300, the newest flagship of the Californian company has now been distinguished as the best new club light with the PLSN Gold Star Product Award. 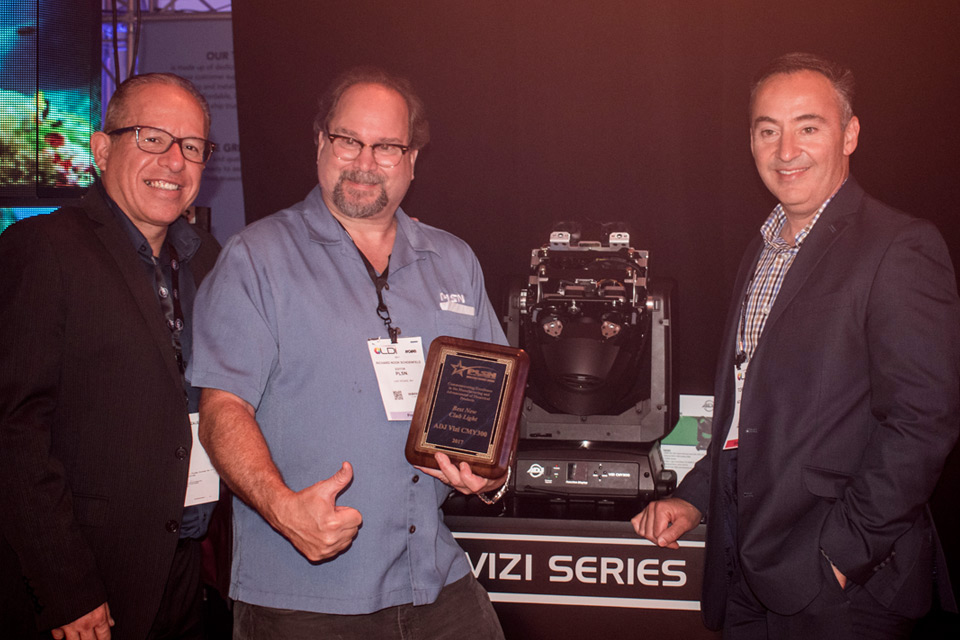 The hybrid moving head was first presented by ADJ Lightning in September at the PLASA 2017 in London. It combines beam, spot, and wash lights in a spotlight. This means it can be flexibly used in small spaces.

The powerful 300W LED motor ensures a LED lifespan of 50,000 hours. The integrated WiFLY EXR wireless DMX developed by ADJ facilitates the wireless control of the moving heads from a distance of up to 700 meters. This means the Vizi is not only available for clubs, but also stadiums and concert halls.

We’ve equipped our strong hybrid LED moving head Vizi BSW 300 with additional functions to help light designers and production firms to push their shows to a new level. Anyone at LDI who we demonstrated the Vizi CMY300 was impressed by the power, quality, and range of functions. The CMY300 helped us to establish ourselves as a leading international mid-sized company.
Alfred Gonzales, National Sales Manager at ADJ 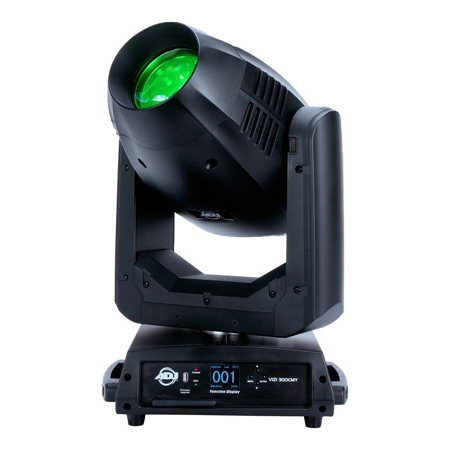 The CMY color mix system contains nine pre-mixed colors, including a UV light and CTO 3200K, which can mix various colors as needed. Additional effects can be created with linear prisms containing three or six facets.

In addition, the moving head offers a massive motorized zoom area of 8 to 46 degrees, motorized focusing and motorized iris with a range of 5-100%. All of the effects can be controlled with a 3-pin or 5-pin DMX plugs.

The moving head Vizi CMY300 can be found in stores starting in December.

The California-based consortium is also a regular exhibitor at Prolight + Sound. Here is a video from their exhibition in April 2017:

PLSN magazine presents the PSLN Award is awarded every year at the LDI in Las Vegas in 24 categories. This year’s winners include ADJ Lightning as well as big player in the industry, like Robe, Philips and Martin Professional.