It has become a fond tradition: the award show ceremony for the PIPA, MIPA, Opus and Sinus Awards. As in years past, the nominees and winners assemble in the Europe Room to honor the most innovative and impressive products and shows together.

Award ceremony under the auspices of the music media publisher 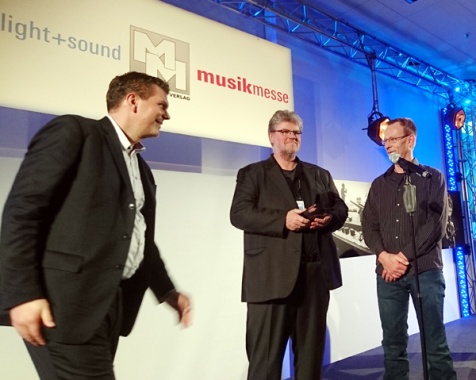 It’s not just the awards that have a long tradition – MIPA, the music awards were conveyed for the 19th time – there’s also the opening by Michael Biwer, Group Show Director for Prolight + Sound Musikmesse. He not only thanked the MM Musik Media Verlag, under whose auspices the award show is, he also mentioned Wolfgang Lück, head of the Music Trade Fair.
This is a special evening for Kim Roberts, CEO of the Musik Media Verlags. The publisher was recently honored to receive an award. In the show’s openening, Kim Roberst said, “This evening we wanted to have that feeling of having received an award that we present to the winner today.”

Award for the best products in the music, audio, and video industry 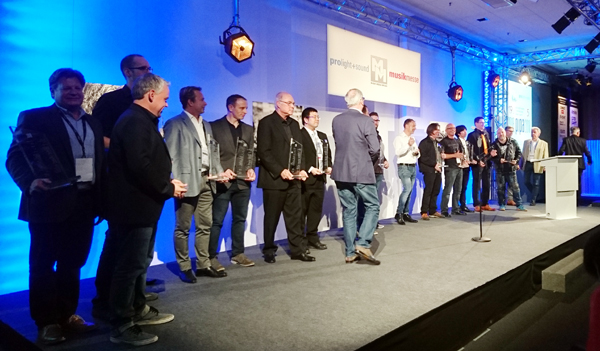 Since 1999, industry journalists from all over the world at the Musikmesse and Prolight + Sound have been giving out awards for the best products in the music instrument industry, the MIPAs, as well as having awarded the PIPAs, for the professional audio and video industry, since 2014. At the same time, there is a ceremony for the Sinus – Systems Integration Award for innovative and groundbreaking use of AV media technology and system integrated solutions – as well as the Opus – German stage prize for excellent artistic achievements while using professional event technology.
There are awards given for products in the five PIPA categories as well as in 21 MIPA categories. In addition, a PIPA Lifetime Achievement Award will be conveyed. This year it went to Fred Foster for his success with Electronic Theatre Controls (ETC).

This year, the Opus Award honors two projects at once. On the one hand, “THE ONE Grand Show” in Berlin‘s Friedrichstadt Palast won in the category of “Technical Realization”. On the other hand, Jojo Tillmann won for the Stage Design for the Milky Chance tour. The CFOspace of the auditor company Ernst & Young GmbH was honored with the Sinus Award.