Behind the Scenes: How are Songs Produced? 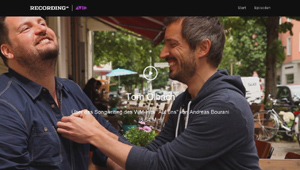 “Auf uns” by Andreas Bourani is the soundtrack to the summer in Germany, the background music to the World Cup in Brazil, the German national team’s theme tune. It embodies good times, having fun, and a feeling of being unstoppable. But how was it made in the first place? How do sound engineers, songwriters and producers work together? What equipment do they use, which production techniques - and why? The answers to these and other fascinating questions, as well as revealing insights into the working methods of stars like Bourani, Sido, Camouflage, and many others, can be found right now, thanks to a collaboration between software firm Avid and the website for the German music community, recording.de.

Background reports and videos on top musicians, sound engineers and producers will be released regularly on the new www.secrets.recording.de website, allowing viewers a sneak peek into their studios. Different categories will tackle different aspects of their work. For example, in the “Studio Secrets” section, Berlin-based producers Marek Pompetzki, Paul NZA and Cecil Remmler show us some of the work that went in to producing Sido’s most recent album, 30-11-80 – from choosing the right microphone to picking the best filter for satisfying hip hop beats.

Along with this wealth of behind the scenes content, are a serious of offers, games and contests that users can take part in. Future plans include making it possible to interact with the artists themselves. “We are fortunate in being able to work with lots of the big names in the music scene, and without fail they all have fascinating stories to tell,” said Ingo Gebhart, Marketing Manager at Avid. “Our aim with this site is to offer content that is simultaneously inspirational and informative, which can’t be found anywhere else.”

We at Prolight can only say what an exciting project this is – so let’s have some more, please guys!