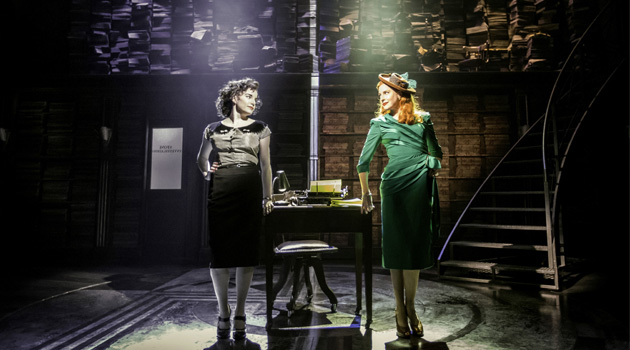 Howard Harrison, lighting director of the musical City of Angels, was faced with a challenge: the lighting had to do justice to black and white ‘film scenes’ - and also vividly colourful ‘real life’ scenes. He opted to use ETC’s colour-change capable Source Four LED Series 2 spots.

The musical, playing at The Donmar Warehouse in Covent Garden, tells the story of a 1940s Hollywood writer working on a film noir. The production alternates between gritty black and white ‘film’ and Technicolor ‘real life’. This meant that Harrison needed a lot of flexibility regarding colour, without using an excessive number of lights in the small-capacity venue. Although he had never used Series 2 spots before, he was confident that the Source Four LEDs could do a job for him. He wasn’t mistaken: “They turned out to be exactly the right thing.” 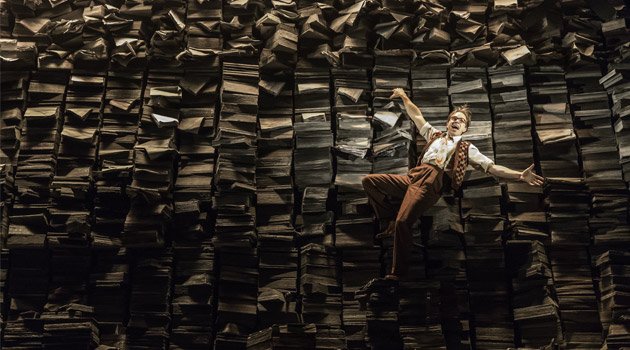 The Source Four LEDs’ capable handling of colour changes means that quality high-temperature white light suitable for film-quality B&W smoothly transitions into warm colour for the ‘reality’ scenes. This would have caused some real problems using traditional lighting, Harrison noted. The renowned lighting director was grateful for the opportunity to use the spotlights, given the theatre’s budget and space limitations: “They are a winner in a small space where there is not much room.”

Harrison can count numerous productions on his CV, including the first showing of the hit Mamma Mia!, and won an Olivier Award in 2008 for his work on the lighting for Macbeth.

ETC (Electronic Theatre Controls) is a world leader in the production of lighting and rigging technology for both architecture and entertainment needs. ETC will be present at the upcoming Prolight + Sound 2015 this April, where they will be presenting their products and taking part in Prolight + Sound Conference’s theatre and film colloquium.