Lawo presented IP-based products and solutions for theatre and live applications at this year’s Prolight + Sound. Vsitors were able to experience Lawo mc² audio mixing consoles and Lawo IP routing systems in a hands-on environment, as well as video processors and audio-over-IP interfaces, including the new A-stage devices of the A-line family. Lawo's products not only win the day at Prolight + Sound but also internationally. Lawo has equipped the radio station KISS FM in Rwanda with the RƎLAY VRX software, making it the most modern radio station in the entire country. 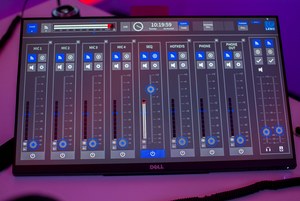 RƎLAY is a powerful mixing console that runs in a virtualized PC environment. Rwanda focuses on the development of industries and also regards innovations in information and communication technology as an important engine for the country's economy. KISS FM in Kigali is an example of how new, forward-looking technologies can be used successfully in Rwanda. As a pioneer, the station inspires the media landscape of the entire region. With the move to its new building, KISS FM is also breaking new ground in broadcasting. IP technology is being used for the first time nationwide in the brand-new studios. Instead of conventional mixing consoles, the transmitter uses large-format touchscreens to operate the Lawo RƎLAY VRX software. This gives the entire radio studio a modern and clear appearance, perfect for the use of cameras for "Visual Radio". 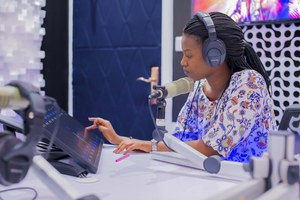 RƎLAY is easy to operate via the intuitive, multi-touch screen interface. This virtual radio mixer has comprehensive equipment and offers all professional tools for radio production on the touch screen. From speech editing to N-1 conferencing, users can create a complete broadcast studio with a single touchscreen PC. The software RƎLAY is used on the same PC as the playout system, software codecs, streaming encoders and other studio functions. 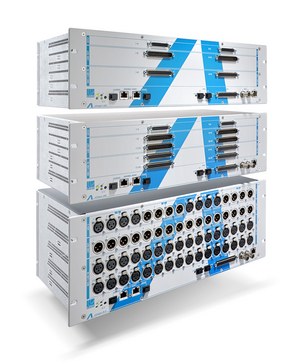 In addition to its AoIP devices, Lawo presented its WAN-enabled AoIP devices with discrete Class A microphone preamps. Two discrete, redundant network connections ensure stability. The Stage Series 80, 48 and 64 have switchable mic/line inputs. These can process both balanced and unbalanced sources. The A-stage 64 presented at Prolight + Sound is designed for applications where discrete XLR input/output connectors are preferred. It offers a capacity of 32 switchable microphone/line inputs, 16 analog line outputs, 8 stereo AES3 inputs and 8 stereo AES3 outputs. The A-stage80 and A-stage48 are equipped with SUB-D37 connectors for cable whips. Like the other A-stage products, the A-stage64 offers two redundant MADI ports on SFP, eight opto-isolated GPI/O ports, two SFP/RJ45 streaming and control ports, and one RJ45 management port in a 4U chassis.

VSM is the independent control system that brings all devices in a plant into a single, uniform control environment. This is used on cruise ships (quantum class at the Royal Caribbean) through to auditoriums and lecture halls (including German and European Parliament).

All Lawo IP products are future-oriented, based on open standards and oriented to the roadmap of the industry association AIMS.