Keep your fingers crossed for “Elegance” 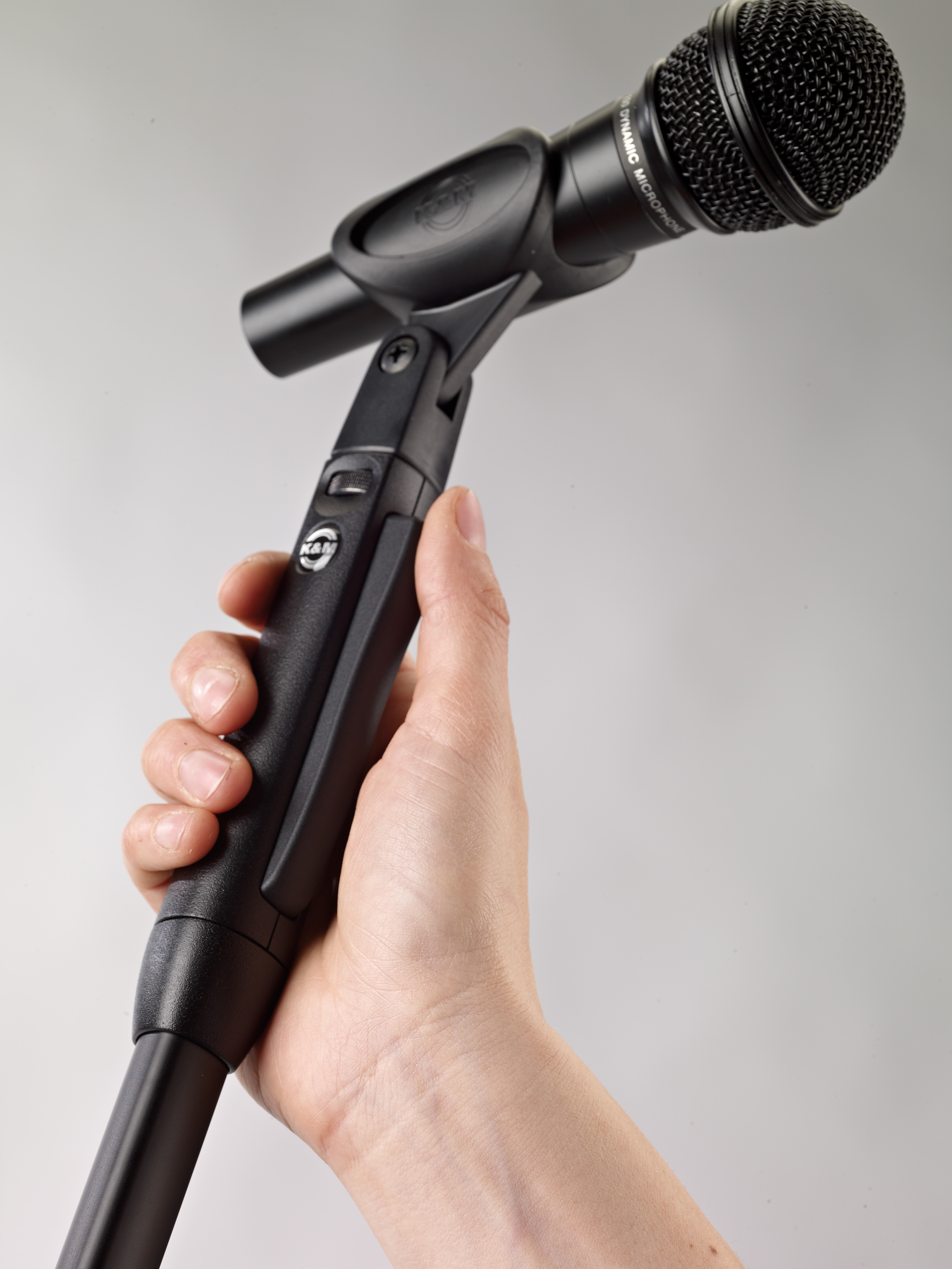 Technology doesn't have to just be functional, it can also be elegant. The microphone stand 26200 "Elegance" from König & Meyer is living proof. With its Red Dot Design Award 2013 the stand has automatically qualified for the German Design Prize. Now 35 products and “Elegance” are competing for the coveted trophy. The winner will be decided on September 12, 2013.

What makes this stand do special? Gabriela König of König & Meyer explains, "The microphone stand 'Elegance' distinguishes itself through its unique shape of the tubing combination. Instead of the common round tubes, it uses tubes which are trilobular in shape. On the technical side the stand offers the comfort of silent and easy height adjustment and an integrated knurled-screw that won't get lost. According to König, the base has also been completely redesigned.

Those of you who would like to see the stand in person, can surely do that at Prolight + Sound 2014. König has already confirmed: "We will definitely be there again." After its big success in 2013 the company from Wertheim does not want to miss the next fair.

Another big theme for König & Meyer at the upcoming Prolight + Sound will be the multimedia division. In the past two years the experts have been busy developing special brackets and stands for iPads, tablets and smartphones.

The team of Prolight + Sound is anxious to see the new products in 2014, but first keep your fingers crossed for "Elegance"!