Once a masonic temple, The Masonic is now a venue that plays host to a variety of events including concerts, stand-up, and graduation parties. Built in 1958, the San Francisco landmark has recently undergone a makeover, giving the auditorium an impressive new look. The comprehensive refurbishment included a new concert stage, luxurious VIP boxes, and a capacity of 3,300, thanks to a flexible tiered floor space suitable that can be left open or have seating installed. The sound and lighting systems were also modernised - The Masonic can now boast a new stage lighting setup with more than 45 MAC Viper and MAC Aura lights from Martin Professional.

The new lighting system was developed by Impact Lighting, who have been working with Martin Professional since 2003. The stage lighting was specially designed to complement the flexibility offered by the auditorium redesign, making optimal lighting for any kind of event possible.

Impact Lighting sales and marketing manager Kim Martin was especially impressed with the optics of the Martin Vipers, which produce consistent colours from lens to target thanks to a bright beam and a CMY colour mixing system. She also praised Martin Professional for consistently laying claim to being industry standard with their equipment.

Martin Professional is all set to present its lighting systems at this year’s Prolight + Sound in Frankfurt. 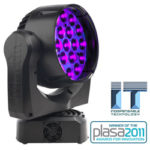 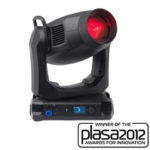