Looking Forward, Looking Back: A New Concept for PLS 2016 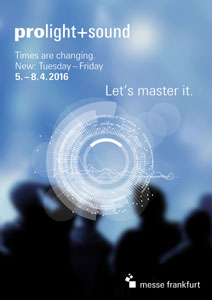 Those were some four days for exhibitors, visitors and organisers, at Prolight + Sound 2015 and the Musikmesse music fair alike. “More than 108,000 visitors from 146 countries were presented with a firework of new products, shows and stars by 2,257 exhibitors,” said Messe Frankfurt managing director Detlef Braun. “The Musikmesse and Prolight + Sound have reaffirmed their roles as a leading destination for the musical technology and events branches, and a hub for successful networking.” Like technology, however, the exhibition business never stands still: that means a new concept awaits visitors in 2016.

Next year, both the Musikmesse and Prolight + Sound will be even more carefully tailored to the needs of the musical instrument and entertainment industries. “The new concept is equally focused on building relationships between industry and retailers, and developing innovative new ways to connect manufactures and consumers,” Braun said.

Save the New Dates for Prolight and the Musikmesse

The biggest change is to the timetable. In 2016, Prolight will be moved forward to 5-8 April (Tuesday to Friday) and the Musikmesse to 7-10 April (Thursday to Sunday). Both trade fairs will be open daily from 10am to 7pm.

Such has been the year on year increase in the number of products on show that more space has had to be found. This means that PLS 2016 will be moving to the east side of the Messe Frankfurt exhibition grounds, to Halls 1, 3, 4 and 5. Additional meeting rooms and outdoor areas will be made available for presentations and live demonstrations.

Musikmesse 2016 will have halls specially dedicated to experiencing individual musical styles open to visitors every day, and also an exclusive business hall for trade and exhibitors only. The music fair will be moving to the west side next year, into Halls 8, 9 and 11, as well as the Galleria, the Portalhaus special events building, and the surrounding outdoor areas. That makes the area available equivalent to more than 13 football pitches. 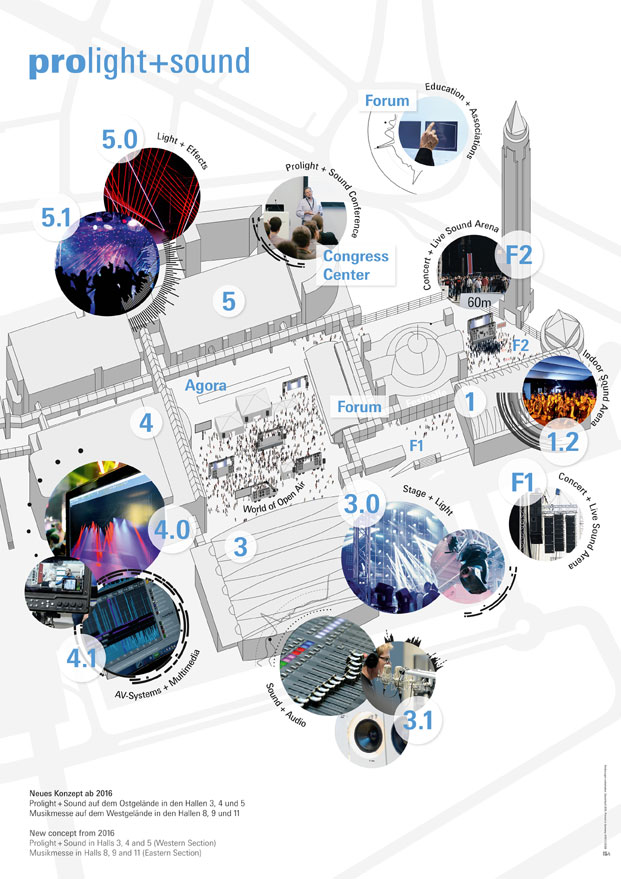 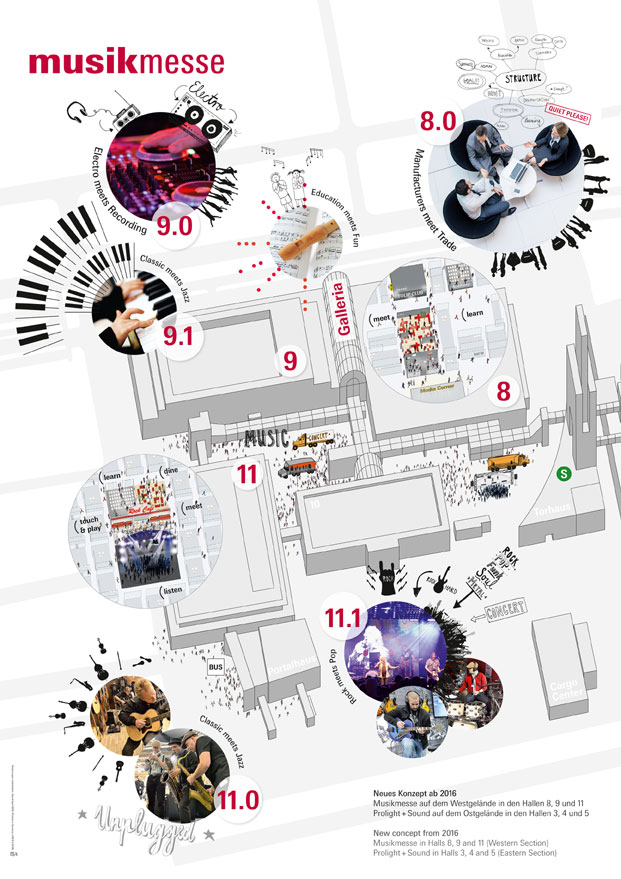