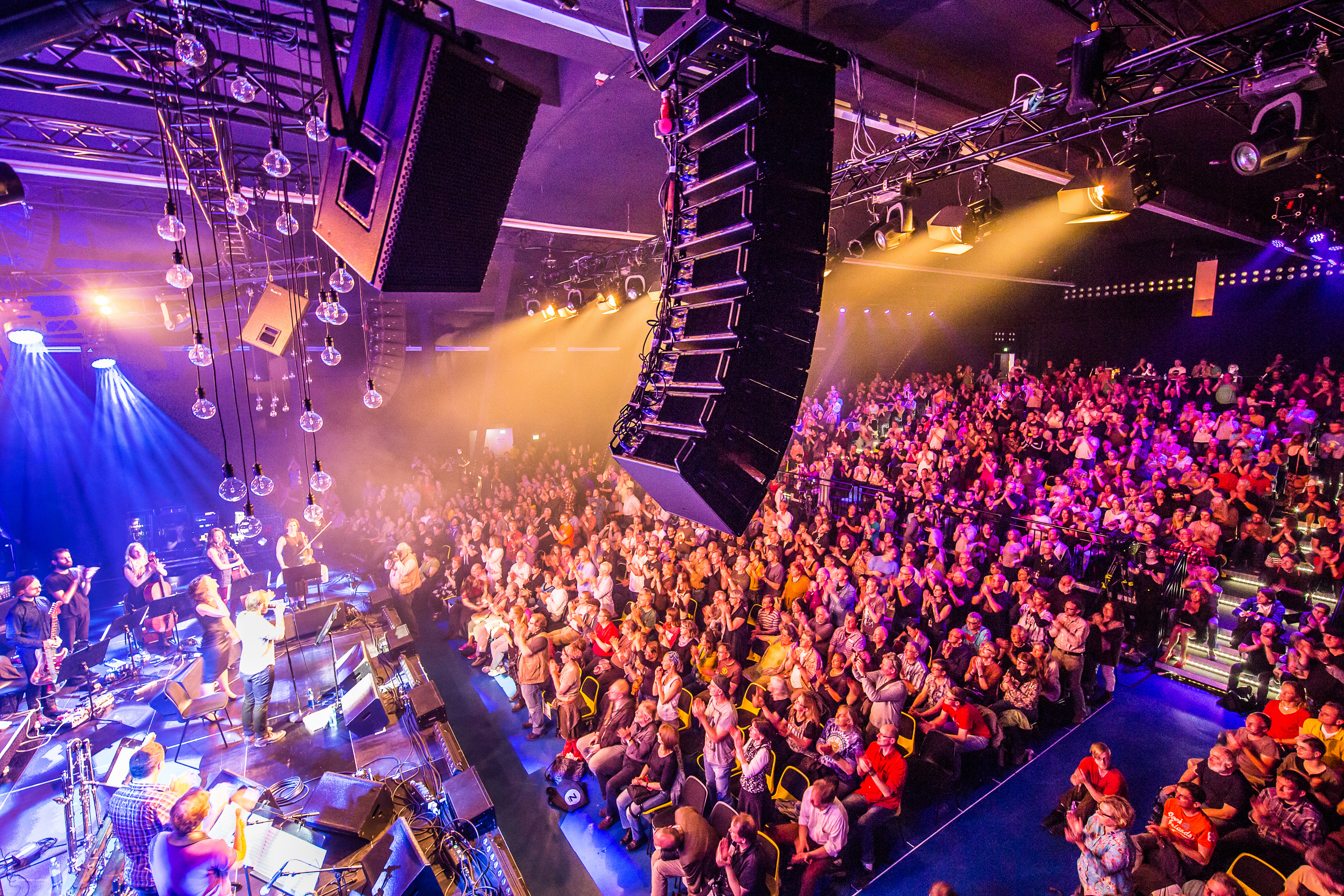 How can you make a concert hall feel as intimate as a small club? Meyer Sound managed to do it at the 44th moers festival with their new LEOPARD linear loudspeaker system and 900-LFC subwoofer. This was the world concert premiere for the LEOPARD system and was made possible by Overath-based events service provider contour, which has been the event’s equipment partner for the past eight years and made the decision to invest in the system.

“LEOPARD is the most linear, most easy to use line array that I’ve ever worked with – from any manufacturer,” said Björn Wiesehöfer, moers festival systems engineer. “Although we’ve previously used the Meyer Sound MICA and M’elodie systems, and we were perfectly happy with them, it’s obvious that LEOPARD represents the next generation. It’s the first system I’ve heard where you can rig it, play some music, and it sounds almost perfect without having to make adjustments. Obviously, we still tweak it a little bit, but it’s not much work.” The venue for all performances was the 1,500 seat Moers Festival Hall. Reverb is a big challenge in a space like this, but LEOPARD provided a very clean, clear, and attractive sound.

The low-end directivity performance of the 900-LFC elements in the hall was equally convincing. In Wiesehöfer’s estimation, they reduced spill and made controlling resonance frequencies in the room much simpler. Thanks to eight LEOPARD compact line array loudspeakers on each side and 11 900-LFC elements arranged in a heart pattern under the stage, the system produced fantastic natural sound. In addition, one UPQ-1P and two UPA-1P speakers were used for outfill, and eight M’elodie line array loudspeakers on the stage edge were used for nearfill. The Galileo Callisto Loudspeaker Management System consisted of one Galileo 616 AES Callisto and two Galileo Callisto 616 Array Processors.

“LEOPARD brought the audience closer to the stage, and that gave the hall the intimate feel of a club,” explained Gerhard Veeck, moers festival technical director. “This transformation is exactly what we want to achieve when we try to put this genre of music onto the big stage.”