Sinus, Opus, Mipa and Pipa - during the period of the Prolight + Sound there are a lot of awards, too. 2017 a new awards ceremony was added to the list: the mondo*dr award. Initiated and presented by the journal mondo*dr the award was established to acknowledge exceptional accomplishments in the entertainment industry. We have interviewed Rachael Rogerson-Thorley, editor of the journal. 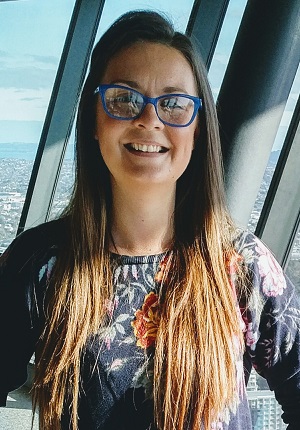 1. Launched in 2017, the mondo*dr Awards is a fairly new reward to recognise outstanding technical creations in the entertainment industry. Why did you want to establish the prize?
Rachael Rogerson-Thorley: As we specialise in the fixed installation market, we wanted to celebrate that genre. There is no other award ceremony in the industry, which solely focusses on recognising amazing installations from the entertainment world. Again, taking inspiration from our printed publication, we wanted to reach out to a global audience, which is why we split the project categories into geographical territories - Europe, MEA, Americas and APAC. For the 2018 mondo*dr Awards we have also added extra project categories - the Nightlife Venue award has been split into Nightclubs and Bar & Restaurants, and the Performance Venue award is now two separate venue types - Theatres and Concert Halls.

2. Your magazine is known as one of the leading international publications for technology in entertainment. Why did you choose the period of the Prolight + Sound to stage the awards ceremony?
Rachael Rogerson-Thorley: We selected Prolight + Sound as we deem it one of the most important exhibitions on the tradeshow calendar. The global industry gathers in Frankfurt in April, and has done for many years, and we therefore saw this at the best platform for our new event.

3. How are the winners of the mondo*dr award selected?
Rachael Rogerson-Thorley: We have an independent judging panel from across the globe, and each member specialises in a different area. Between the judges, we have knowledge across all the technology sectors and the venue types. Once again, to expand the mondo*dr Awards for 2018, we have added two new judges to the line-up.

4. Firstly published in 1990, mondo*dr can look back at more than a quarter century of technical developments in the event industry. What trends were the biggest milestones in that area?
Rachael Rogerson-Thorley: Back when mondo*dr was first published, the magazine focussed purely on nightclub installations, hence the ‘dr’ part of our name, which for those of you who don’t know, stands for discotheque review. Over the years we have seen the entertainment world change, yes those nightclubs still exist, the super clubs to the underground clubs and everything inbetween, but people have found new forms of entertainment. In our opinion these come in the form of our project categories - Nightclubs, Bars and Restaurants, Theatres, Concert Halls, Houses of Worship, Integrated Resorts and Sporting Venues.

5. As editor of the magazine you own great insight knowledge concerning the entertainment industry. What role plays the Prolight + Sound for the branche?
Rachael Rogerson-Thorley: I think we have also seen a shift in the tradeshow format in recent years. It’s no longer enough to just organise an exhibition, it needs to be supported by conferences / seminars / training and it should have demo spaces for companies to showcase their products. A networking platform of some kind is also beneficial - and we feel this is one element that the mondo*dr Awards brings to Prolight + Sound. Yes, we are celebrating the winners achievements, but it is also bringing people together to network in a social environment, adjacent to the show floor. We’re very much looking forward to the 2018 event, which is taking place on Wednesday 11 April at 6.30pm in Panorama Room 2.