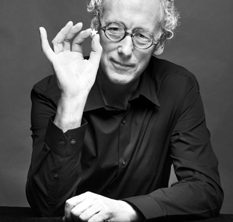 A proud statement, and one that’s not hard to find evidence for. Fisher, who had a background in architecture, worked together with Pink Floyd for the first time in 1978, including on the first version of ‘The Wall’ – a new version of this very project was to earn him the Opus Award, 35 years later.

It wasn’t just world stars like Stevie Wonder, Tina Turner, and Robbie Williams who trusted in his eye for a grand stage statement – Fisher also gave public events the backdrop they deserved. He created the concept for the opening and closing ceremonies not just for the 2006 Turin Winter Olympics, but also the summer games in Beijing 2008 and London 2012. In the same year, he masterminded the celebrations for Queen Elizabeth II’s diamond jubilee – one of his last projects before passing away on June 25th 2013 after a long illness.

Yet his spirit lives on. His colleague Lucy Davenport put it like this: “Mark planted a seed that will allow his love and dedication towards this art to live on through the studio.”

Fisher's stage design for U2

Opening of the Olympic Games in Peking, 2008