Technology of the Stars: Time Travel with In Extremo 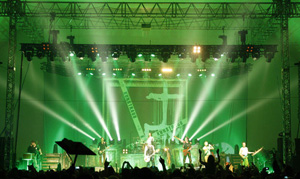 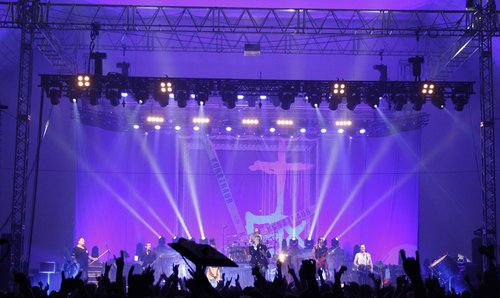 Stephan "Faren" Matern has been working at In Extremo for many years as a light and set designer and is also responsible for the "Kunstraub" tour. He had clear ideas in mind for the lighting design. "At In Extremo the artists are the main concern, therefore my priority was not to have a dynamic beam show," he said. Instead, impressive static lighting, that accompanies the music and specific lighting accents which support the music rhythmically should be used. 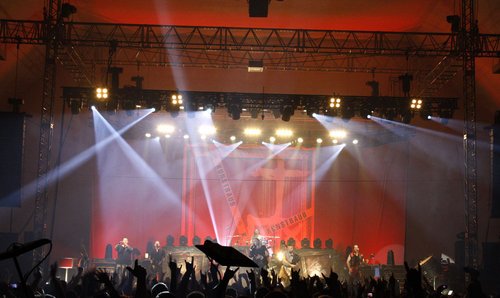 The main elements in Materns set were several Alpha spots and Sharpys von Clay Paky, as well as several Phillips Vari*Lights, VL500D. In addition eleven Major 4-Lite Blinder and a Robert Juliat Super Korrigan were used on the tour. " The Clay Paky Alpha Spot QWO 800 ST is simply a great moving light," he says. "It is fast, small and lightweight, which on our tour through 2000er -3000er halls with not many rigging points, was very accommodating. Besides the point that I am a big fan of their Animation-Wheel, with which we can create really nice effects. Another positive aspect are the sharply contoured images."

Matern uses the Clay Paky Sharpy mostly as ACL-Effects. " The clearly contoured beam is absolutely amazing. Overall the Clay Paky spotlights win me over again through their high quality. We have never had an outage."