Each year at Prolight + Sound the most innovative figures and projects of the event branch are honored in an evening event. The Opus and Sinus Awards for excellence will also be granted in 2018. Applications and suggestions of project, companies or individuals can be submitted until November 12.

While the Sinus – Systems Integration Award is given for the innovative and groundbreaking use of AV media technology and system integration solutions, the Opus – German Stage Prize honors artistic achievement for the use of professional event technology.

Visionary companies and individuals in the industry are asked to send in suggestions for projects, people, project teams or companies for the Sinus 2018 or Opus 2018 Awards, which will be judged by a professional jury. Application forms and more information are found at:

The application deadline for both awards is November 12. The awards ceremony is slated for April 12 in the context of Prolight + Sound. 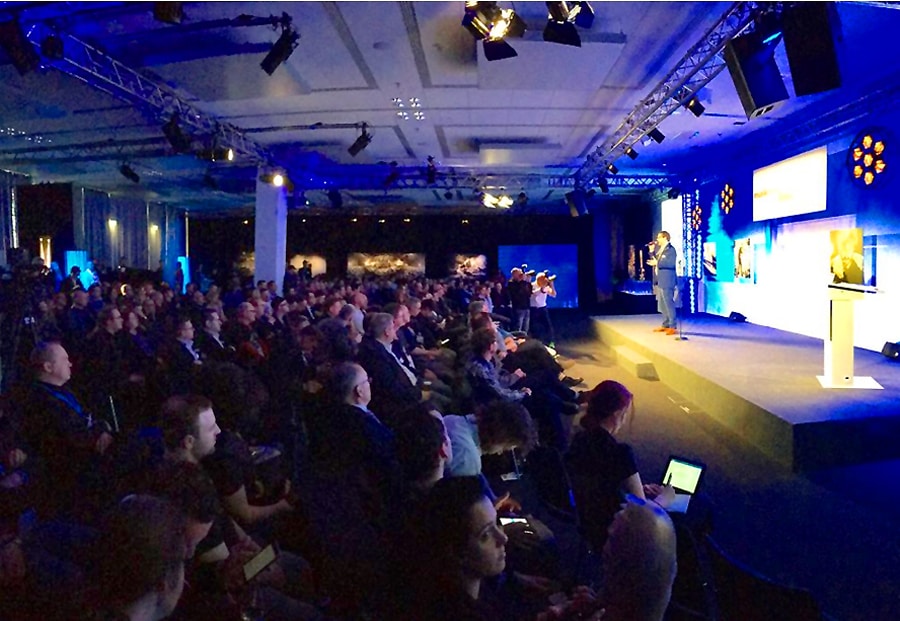 The presentaion ceremony for Sinus Award, Opus Award as well as MIPA and PIPA Awards traditionally is part of Prolight + Sound

The Sinus Award has been given since 2004 in various categories. It is considered one of the more prestigious awards in the AV media technology industry. The award honors the most innovative projects in the field of audiovisual communication in the areas of information, entertainment, business or venue. The award can also honor lifetime achievement. The Sinus Award 2017 was awarded to the media installation at the Hilti AG headquarters in Liechtenstein.

The Opus Award has been granted since 2002, honoring excellent work in the area of light design, technical realization, stage and production design as well as stage production and is considered one of the most esteemed awards in the event industry. The Opus 2017 was awarded to two different exciting projects. The honorees are, on the one hand, Christian “Rocket Chris” Glatthor, who was convincing in the category of stage and lighting design with the “Get Loud Open Air Tour 2016” by Rea Garvey. But the staging of Schiller’s “The Robbers” attracted the jury’s attention.