The year 2017 is coming to a close, and 2018 is just around the corner, and there’s just four months until Prolight + Sound. The preparations for the coming event are already in full swing, a year full of (trade fair) highlights comes to an end.

“Stars and Starlets” at the Trade Fair

Of course, most of the highlights of the past year took place during the four days of the Prolight + Sound. Exhibitors not only showed off the latest technology, for example the transparent OLED from eyevis or the extraordinary LED wall MG7 P4.8, the also designed creative presentations like ROBE’s live entertainment show in an interactive designed cinema space or the impressive light and sound show at the PRG stage in the fest hall.

PRG stage in the fest hall 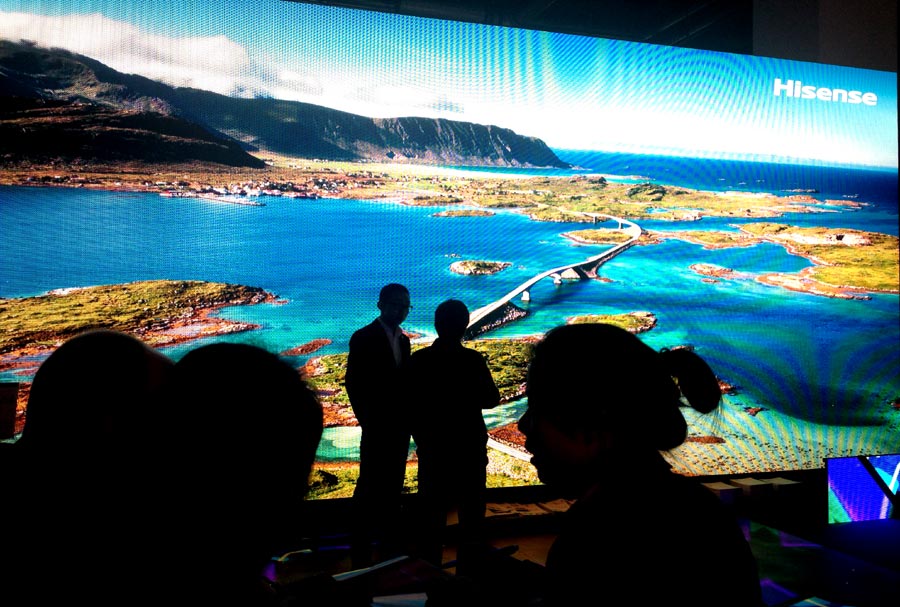 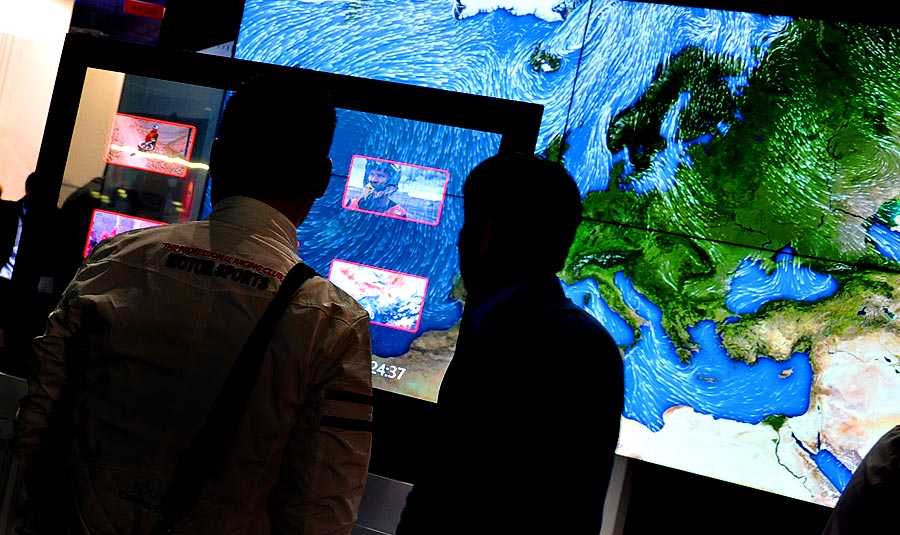 The product presentations were supported by stars and starlets. For example, the YouTube star Kiddo Kat sang at the Adam Hall stand, DJane Micaela Schäfer warmed up the crowd of visitor at SEBO and Blind Guardian guitarist Marcus Siepen presented the new DREi technology from Lax Europe.

Light shows, special effects, and intense bass beats – that’s been part of Prolight + Sound for years. But this year the fair also proved that it can be very quiet. Exhibitors presented their products on the Silent Stage for the first time. Musicians gave concerts that could only be heard over headphones. The sound of the different headphones – from InEar to Overear – could be compared on the basis of a live show.

There was another special show at the Prolight + Sound 2017 in addition to the Silent Stage. The Berlin-based photographer Marco Justus Schöler shows the faces of well-known dubbing voices with the exhibition “Faces behind the Voices“ and gave a face to the German voices of Hollywood stars like Brad Pitt, Adam Sandler, and Jennifer Lawrence. In interviews, the voice artists revealed what motivated them to pursue their profession.

Two new tour offers at the trade fair were also well-received with the visitors. On the one hand, the PRG XL Video offered a glimpse behind the scenes. A free backstage tour presents those interested insights into the hustle and bustle behind the stage, and can gather their own impressions of the impressive stage technology.

With the daily guided tours, which could be signed up for in advance, visitors were led to the must-sees of the trade fair by prominent experts. The two-hour tours were offered in three areas – light, audio, and media technology. They were led by an expert in the respective area.

The tours enthused the participants and gave interesting insights and an overview of the numerous products and solutions. 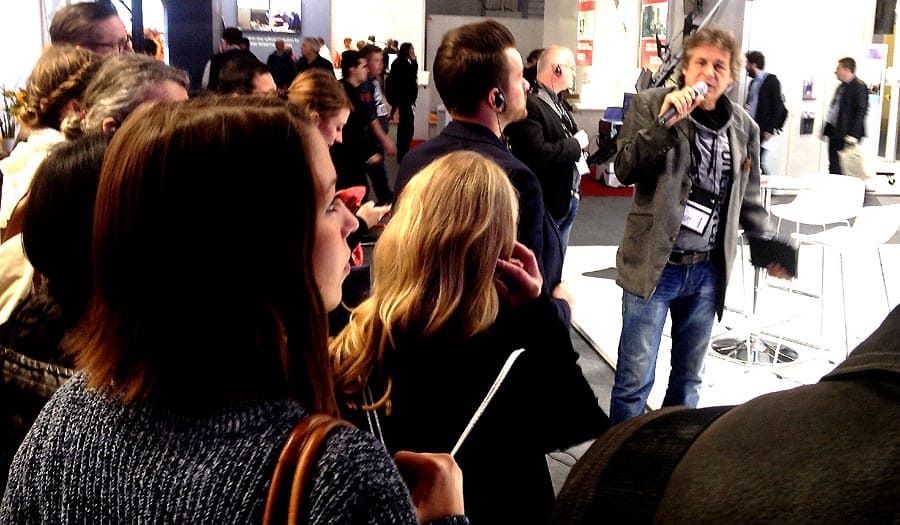 An additional draw at the Prolight + Sound was the DJCon. The convention for disc jockeys took place for the second time in the context of the trade fair, and was a hit with live music, new products as well as invigorating talks and discussions.

Cassey Doreen at the DJCon during Prolight + Sound

The special show, which took place in the foyer between halls 5.1 and 6.1, was primarily focused on the development of DJ technology and the professionalization of the occupational image.

However, there wasn’t just exciting talks and seminars at the DJCon. In the context of the expansive conference program at Prolight + Sound, stars and industry experts presented their practical experience and their latest innovations in talks and seminars. These included light designer Chris “Rocketchrist” Glatthor and the stage designer and rockart design founder Nicoline Refsing sharing their knowledge.

How time flies can be seen with the Opus and Sinus Awards: it was only in April that honorees in 2017 (Chris Glatthor (Opus Award), the Residenztheater in München (Opus Award) as well as the media installation for Hilti AG (Sinus Award)) received their rewards – and the 2018 winners will already be announced in the coming days. Then the awards will be given in April in the context of a festive ceremony at the Prolight + Sound. The awards ceremony, at which the MIPA and PIPA will also be presented, is one of the highlights of the trade fair.

An additional award joined the ceremony in 2017: the mondo*dr award. Founded and conveyed by the magazine mondo*dr, the prize was initiated to honor the extraordinary achievements in the entertainment industry.

The relaunch of the Prolight + Sound website makes the planning and organization of the next trade fair even easier. In keeping with the motto “mobile first,” users can easily access all information about the trade fair via their tablet or smartphones. Purchasing online tickets, looking at the layout of the hall, and all the necessary information regarding the planning of the trade fair appearance can be found – easily and uncomplicated.

One innovation for the upcoming trade fair is also in the starting blocks. In the future, Hall 4.1 will be a hall shared by Prolight + Sound and the three conference running parallel to the music fair. Products from the fields of audio, DJ & recording are presented that are relevant for the two visitor groups. This aims to make use of the synergies between the two trade fairs and amplify the positive interactions. Exhibitor can optimally reach their target groups in the new hall while the trade fair visitor have shorter distances to find interesting products.

The live sound arena will once again take place in the outdoor area, the Agora – which has already been sold out in October. The large stage construction and sound systems are shown in situations close to reality. Exhibitors present their PA systems and line-array systems, which you can see and hear in action. Participants at Prolight + Sound 2017 included systems from THC Ltd., Harmonic Design Audiotechnik GmbH, TW AUDIO GmbH, KV2 Audio International spol s.r.o. and db-Technologies.

There are still four months until Prolight + Sound 2018. We’ll keep you up to date until then.